Culture Pick: 5 Seconds of Summer Takes Fans’ Hands for the Tour of the Summer 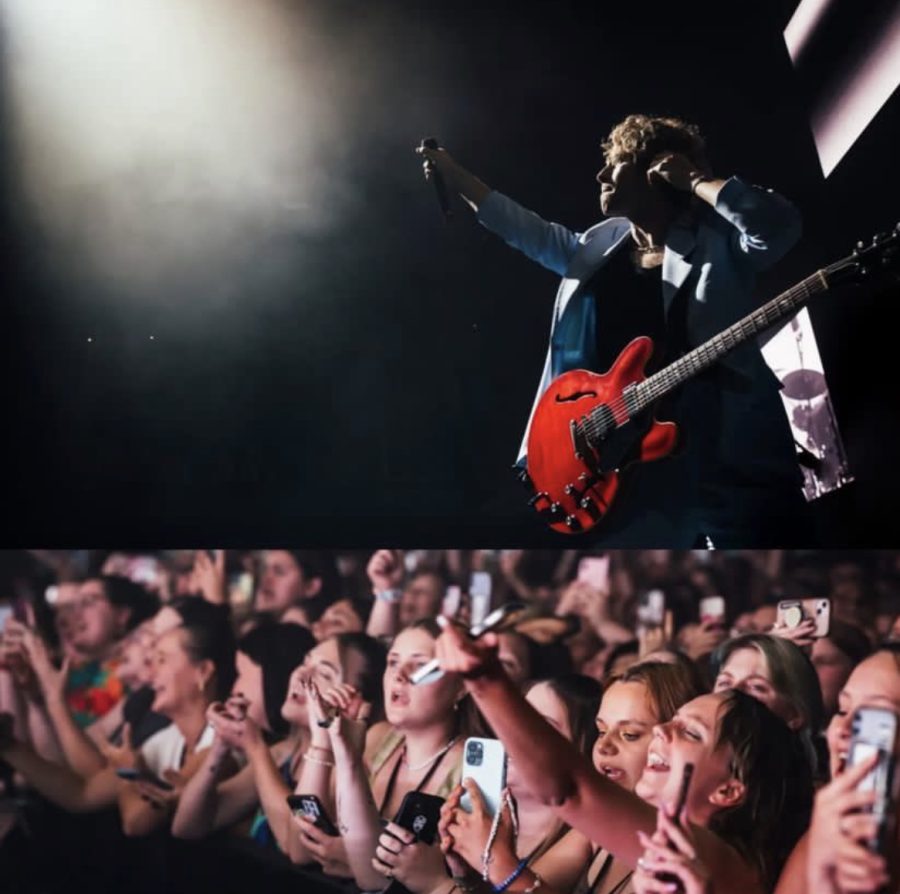 Summer held its typical promise of music this year. It is the easiest time of the year to go to concerts, to follow your favorite bands around the country and to fully enjoy music.

One of the biggest and most anticipated tours of the summer was the North American leg of 5 Seconds of Summer’s “Take My Hand” Tour.

Prior to the pandemic that shook the world in 2020, the Australian band released their fourth studio album “Calm,” which was accompanied by a world tour announcement. The “No Shame” Tour was set to kick off in the summer of 2020, however, COVID-19 had other plans. The tour was initially rescheduled for 2021, buthowever, the band decided to push it back another year for fan and crew safety. It was once again pushed back to take place in the summer of 2022.

The band was formed in 2011 by four school mates: Luke Hemmings, Michael Clifford, Ashton Irwin and Calum Hood. The group gained traction when they released their debut self-titled album, which included the record-breaking single, “She Looks So Perfect.” 5 Seconds of Summer went on to open for British boyband, One Direction, on their “Take Me Home” Tour in 2014.

5 Seconds of Summer are not new to reinvention. In 2018, the band transitioned from angsty, teenage pop punk to refined pop with their chart-topping third album “Youngblood.” Their sound and their image changed; trading in lip rings and ripped skinny jeans for leather pants and Chelsea boots.

When it came time to rebrand their 2022 World Tour, the band was ready for the era transition.

On March 2, the first single off their newly announced album “5SOS5” was released. Referencing an old t-shirt worn by Hemmings, “Complete Mess” began the band’s journey into their new era.

“For this record we realized that if you want something to be done that truly represents how you feel, you’ve got to do it yourselves,” the group said in a statement to Rolling Stone Australia. “This music is so authentically us and exactly the kind of music we want to be making.”

During a fan question and answer session at their stop in Minneapolis, Irwin talked about the musical transition that the pandemic helped ensue.

“We changed gears from writing darker songs like the ones on ‘“CALM’” to wanting the band to be a light,” he said.

With the announcement of the new album, fans began to wonder what this would mean for the band’s quickly approaching world tour. What would become the namesake of the tour, the achingly beautiful single “Take My Hand” was released not long after these questions arose. The band announced on Instagram the rebranding of the tour, from “No Shame” to “Take My Hand World Tour.” The name change was accompanied by an aesthetic transition, as well, reflecting the idea of them being a “light.” Pinks, blues and whites encompassed the four men, officially leaving black and red in their teenage past.

Despite it having been over two years since fans bought their tickets, each venue was packed with adoring spectators, all anxiously awaiting to welcome back their favorite band. In some cities, fans camped out overnight in self-made lines to assure their spot on the barricade. It surprised the band, with bassist Calum Hood saying, “We are surprised you did not forget about us.”

Touring an album that is not even out yet is no small task, but the members of 5 Seconds of Summer took it in stride. With a diverse, 2-hour setlist and plenty of fan interaction, the Australian group transported fans to a musical paradise. Delivering nostalgia trips for veteran fans with songs such as “Disconnected” and mainstream hits such as “Easier,” everyone in attendance was able to connect with the show.

“5SOS5,” the upcoming album that is set to release on Sept. 23, laced itself throughout the setlist. Halfway through the North American leg of the tour, the band debuted “Blender”, an edgy, fast-paced song about a toxic relationship and the fifth track on their new record. It found its own spot on the setlist, settling in with the unreleased “Easy for You to Say” and the poppy “Me, Myself, and I.”

Not only was the tour new, but the members themselves seemed rejuvenated and full of life. Clifford remarked in a fan question and answer session that without the pandemic, this tour and the anticipated album would not have happened.

“We had been touring nonstop since we started and then COVID hit, and there was nothing. It really gave us time to rest and reset and rethink where we wanted to go with our future,” Clifford said to the VIP fans at soundcheck in Nashville, Tennessee.

Over the postponement, two members, Hemmings and Irwin, released solo albums that they say helped with the creative process while making 5SOS5. Irwin released “Superbloom” in October of 2020, with Hemmings following him with his own “When Facing the Things we Turn Away From” in August of 2021.

“I just needed to make this music to understand myself,” Hemmings told Rolling Stone. “I was able to figure out who I am, how I got here and filled in a lot of gaps in myself.”

The newfound self-comfortability was noticeable at the “Take My Hand Tour,” as Hemmings dawned a baby blue vest and a sequined top, all while having matching eye glitter.  As for the rest of the members, when they were not performing, they were cracking jokes or sending words of adoration across the masses. The stage presence of the band members radiated throughout the venue, making it feel more intimate and personal.

The tour began in April with the European leg and recently just finished in North America. Shows will come to a halt while 5 Seconds of Summer prepares for the release of “5SOS5” with their own “One Night Only” concert: “The Feeling of Falling Upwards,” which will be live from the Royal Albert Hall in London. The “Take My Hand” tour will conclude in Australia in December, where the four members will meet one last time in the cone to give audiences the best nights of their lives, one worth waiting two years for.