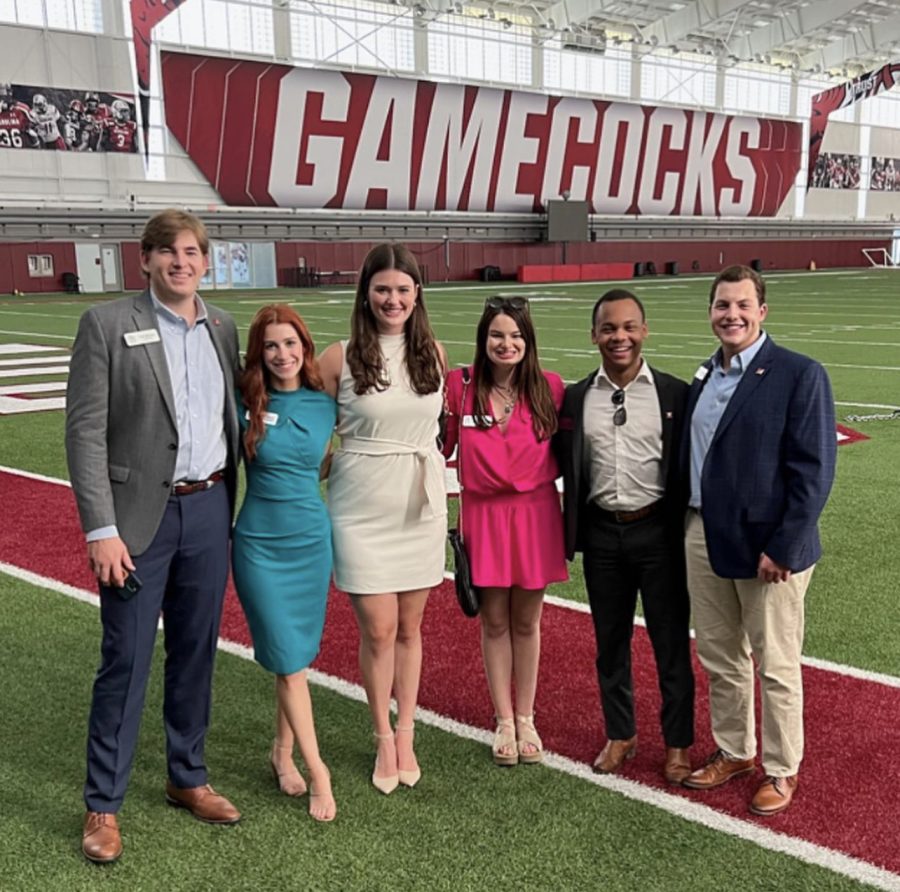 In a statement posted to the SGA’s Instagram on July 17, UA SGA reported that the honor follows a list of “many initiatives,” including SGA’s “partnership with the UA Arboretum, The Tuscaloosa Food Tour, and the Turning Tide Mentorship Program.”

The SEC Exchange is a collaborative conference between the student governments of the SEC universities, where groups meet to discuss initiatives, strategies, and ideas and engage in programming. The event was formally held from July 15-17 at the University of South Carolina in Columbia.

“The SEC Exchange is an opportunity for SGAs across the SEC to meet with one another and share best practices in our efforts to serve our campus communities,” Hunter said.

SGA President Madeline Martin said the organization was proud to receive these awards and credited the efforts of those who led before her.

“I am both honored and grateful to have our SGA recognized as the ‘Student Government of the Year’” and being named the recipients of the ‘“Social Change Award’”. Our organization is full of hard-working individuals who devote their focus and passions to creating a better campus environment for our fellow students. I would also be remiss without recognizing the tenacity and vision of SGA members who came before us,” Martin said.

“There were many submissions for awards by student governments across the SEC for the SEC Exchange. There was a group of UofSC Student Life Professional Staff members who created a grading rubric prior to the submission of awards, and used the rubric as basis of grading each award submission with names and schools remaining anonymous until after the grading process,” Newton said. “This grading group had no students as it was all university professional staff and was not affiliated with Student Government. The award recipients were then shared with the graduate advisor who ordered the awards.”

The University’s SGA was additionally awarded the “Social Change Award” in recognition of their diversity, equity and inclusion certification program.  The DEI certification program was created by former SGA vice president of diversity, equity, and inclusion, Demarcus Joiner, and has served around 3,700 students over the last three years, per data provided by the SGA.

The DEI certification implementation follows recent changes within the organization’s cabinet. In 2018, the SGA appointed its own vice president for diversity equity and inclusion for the first time. Izzy Boyd, who was elected to the position in March, is the fifth individual to hold the office.

The SGA did not provide a comment on winning “SGA of the Year” or the “Social Change Award” in relation to the DEI and homecoming election concerns revealed in 2021.