“If those walls could talk”: Former residents remember Tutwiler before its demolition 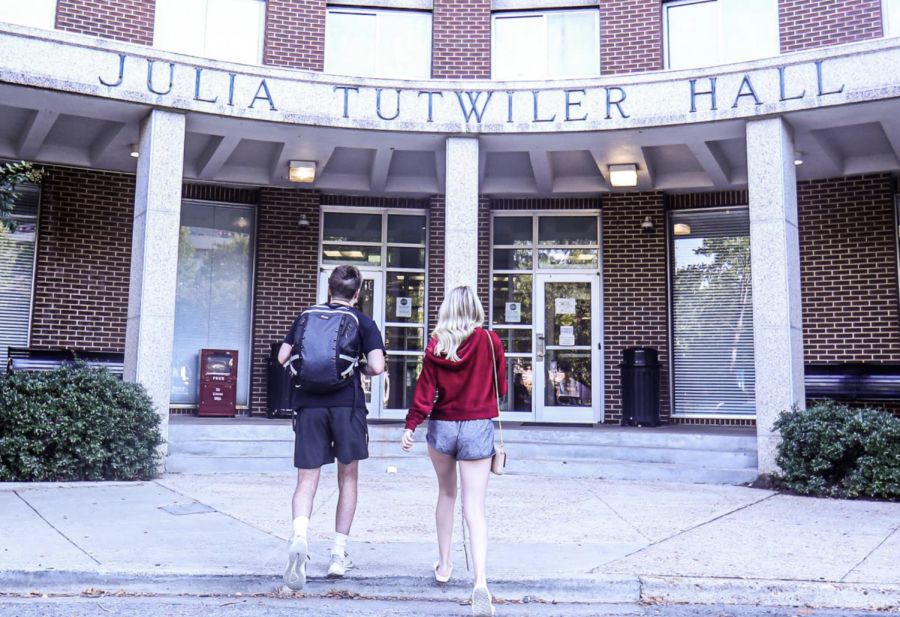 Former residents of Tutwiler Hall reminisced on their time in the first-year dorm as it is set to be demolished next Monday, July 4.

Over 50,000 women have lived in Julia Tutwiler Hall since the opening of its second iteration in 1968, and even more will live in the third building to hold the Tutwiler name.

“In the last 15 years, it has been almost exclusively freshman,” said Matthew Kerch, the Executive Director of Housing and Residential Communities.

Being one of the first experiences many freshman women have when entering the University of Alabama, Tutwiler Hall, affectionately named “Tut” by its residents, has cemented itself as an icon among students and harbors its fair share of memories.

Though Tutwiler was one of the oldest dormitories on Alabama’s campus, it continued to be one of the most popular choices for freshman girls on campus.

“Living in Tut almost feels like a rite of passage,” said Sarah Snider, a Tutwiler resident in 2015.

Tricia Kirk, another former resident who lived in the dormitory in 1973, said the same.

“It’s just part of your experience in going to the University of Alabama as a female,” Kirk said.

The traditional style of the dorm was perhaps the most iconic part of Tut, according to some former residents.

“I have so many good memories of that bathroom, even though it was kind of gross at times,” said Grace Ware, a junior majoring in accounting, who resided in Tutwiler Hall in 2020.

The new Tutwiler does not have a community bathroom, a change that some students said would affect the culture of Tutwiler.

“It’s just going to be a different experience. I met a lot of people in our bathrooms…and that’s just not going to be a thing anymore” said Meghan Abbott, a junior majoring in psychology, who lived on the 14th floor along with Ware.

In addition to communal bathrooms, old Tutwiler is synonymous with fire alarms.

“We were the generation where people could pull those fire alarms really easily,” Kirk recalled. “The firemen would come one floor at a time and look and…my friends and I would hide in the closet.”

“The floors were carpeted. Everyone could smoke. I’m surprised we didn’t burn down,” Amanda Davis, a resident from 1993 said.

“There was something about having that quintessential dorm life, and that really was a tiny room, barely functioning air conditioning, sketchy bathroom, you know, but, just, you loved it. And all of your friends were right there,” said Ashley Wilbanks, a resident in 1994.

“Best experience of my life. Best decision I ever made was living in that dorm,” Ware said.

“I would say my Alabama experience would be completely different if I didn’t live in Tut,” Abbott said.

“Tut is iconic. ‘New’ Tut won’t have the same legacy as ‘Old’ Tut, but that’s okay. We shouldn’t keep things as they are just because change is new, different, and sometimes scary. At the end of the day, Tut is about friendship, compromise, and having fun. I have no doubt that those ideals will embody the New Tut,” Snider said.

The old Tutwiler will be demolished on July 4. The new Tutwiler Hall will open this fall to hold over 1,200 first-year women, creating a new legacy of freshman memories.