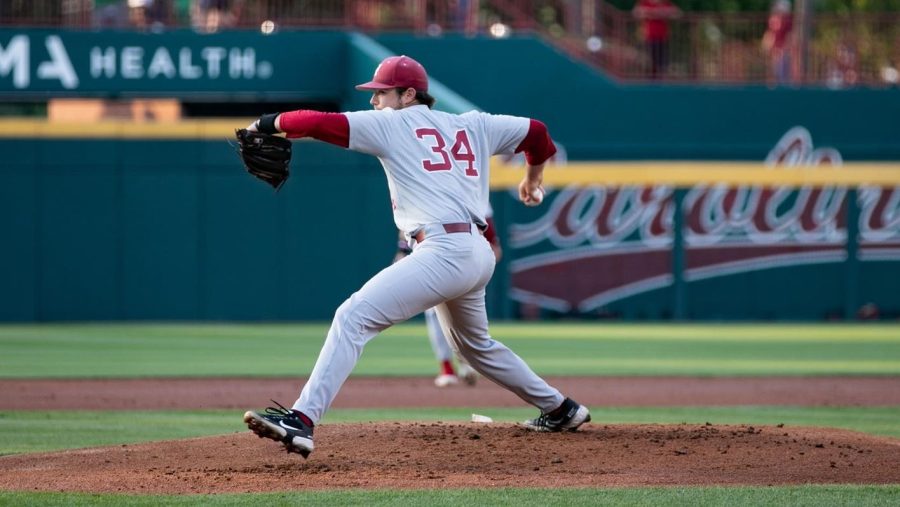 The offense comes and goes at times, and Friday night was no different.

On Thursday, the Crimson Tide offense put up five runs, including two in the ninth inning, to tie the game that eventually was lost.

But inning after inning, while McNairy was putting up zeroes, the Crimson Tide offense was too.

The only run McNairy gave up was a home run off the bat of first baseman Kevin Madden in the third inning, which gave the Gamecocks an early 1-0 lead.

No other run was scored until the Crimson Tide picked up a clutch run in the eighth. Catcher Dominic Tamez sent a ball through the right side to score shortstop Jim Jarvis.

Similar to Thursday night, when the Crimson Tide came back from down five, Alabama had gotten itself right back in the ballgame only to lose it again. South Carolina took the lead back in the bottom of the eighth on a sacrifice fly by Brandt Belk.

“It’s the same story – we’re doing a lot of really good things, putting together some really good pieces, but we make a critical mistake that the other team takes advantage of,” Alabama head coach Brad Bohannon said. “They found a way to put a ball in play with a runner at third and less than two outs, and we haven’t been doing that. If you walk the leadoff batter in a tie game in the eighth, it’s going to come back and get you.”

After dropping the first two games by a combined two runs, the Crimson Tide are desperate for a victory on Saturday. Alabama looks to avoid the sweep at South Carolina at 11 a.m. CT on the SEC Network. LHP Grayson Hitt (3.57 ERA) will start on the mound for the Crimson Tide.