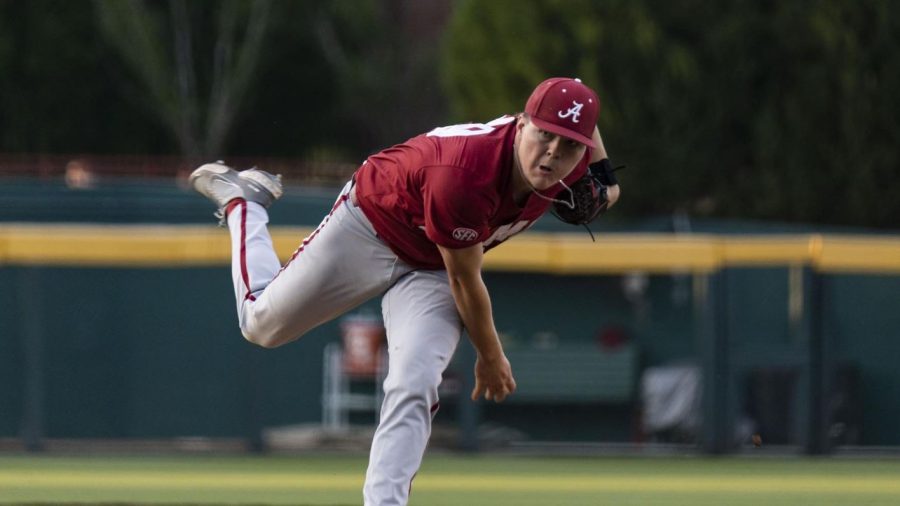 This weekend’s series at South Carolina is huge for Alabama baseball.

With the Crimson Tide currently in the NCAA Tournament field as a 3-seed according to D1Baseball, there is little room for error. While Alabama isn’t one of the last teams in, it is still squarely on the bubble.

A series win at 13th place South Carolina is crucial for the Crimson Tide to continue their quest toward a second consecutive regional appearance.

It was a tough loss for the Crimson Tide, who came back from a five-run deficit only to lose on yet another walk-off. This time it was catcher Colin Burgess, who blooped a hit into left field to bring in the winning run.

The Gamecocks hit three home runs off Garrett McMillan in the first three innings to jump out to an early 5-0 lead. McMillan ended up pitching 6.2 innings, allowing just five hits — but the hits were costly.

Regardless, Alabama fought back, scoring five straight runs to tie the game in the ninth. With two outs in the final frame, first baseman Drew Williamson rocked a ball into center field to easily score Will Hodo from second. Then came shortstop Jim Jarvis flying around the bases, scoring from first to tie the game.

Williamson had a good day at the dish, going 2-for-3 with a double and two RBIs. He also drew two walks.

“I’m really proud of the way the kids fought back and competed,” Alabama head coach Brad Bohannon said. “I told them we didn’t lose the game in the ninth inning. We lost it by kicking a double play ball that led to a three-run homer. We also had second and third with nobody out, but we didn’t score. Those kinds of things come back to bite you when you’re playing on the road in this league.”

The loss puts the Crimson Tide in back-to-back must win games the remainder of the weekend. That begins tomorrow with game two, which begins at 6 p.m. CT on SEC Network+. Jacob McNairy (5.52 ERA) will be on the bump.