No. 2 Alabama falls in series opener at Texas A&M 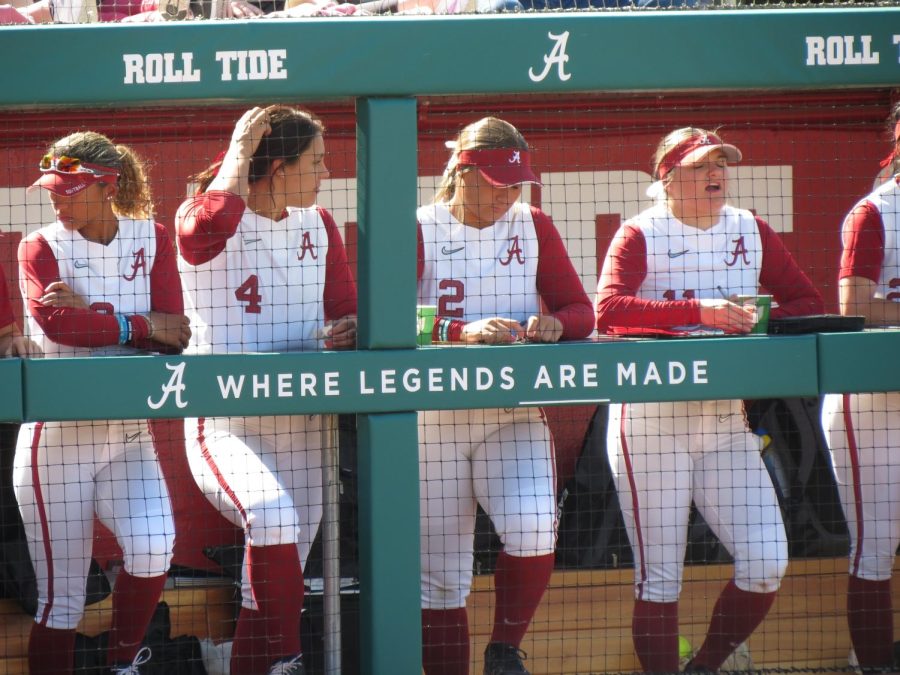 No. 2 Alabama softball fell Friday evening to the Texas A&M Aggies at Davis Diamond in College Station, Texas, by a final score of 6-4.

The Crimson Tide (38-7, 13-6 SEC) was unable to find any sustainability at the plate outside of a stellar fourth inning where four runs were scored. The Aggies (25-17, 4-12) were able to score runs at a fairly consistent rate to knock off Alabama after spending most of the season as a bottom-dweller in the SEC standings.

The Crimson Tide’s typical game one starter, Montana Fouts (19-5), started once again in the circle and pitched all seven innings. Fouts had highs and lows throughout the game, striking out an impressive 11 batters while also allowing six hits and four earned runs.

The Aggies struck first in the bottom of the first inning with a home run from designated player Makinzy Herzog, who later pitched in the game. That blast put the Aggies up 1-0, and injected juice into the 2,200+ fans inside the stadium.

Then came the big inning for Alabama.

The top of the third saw senior first baseman Kaylee Tow step up with two outs and rip a two-RBI single down the third base line. Still with two outs, freshman second baseman Megan Bloodworth hit a single to center field to bring in two more runs. The inning ended shortly after, but the Crimson Tide responded, jumping out to a 4-1 lead.

Disaster struck soon after as a fielding error by Alabama with two outs allowed Texas A&M to bring in two runs, nearly evening the score.

After a scoreless fourth from both teams, the Aggies seized the fifth inning, putting together an RBI-double and an RBI-single with their backs against the wall with two outs.

Alabama was still unable to get hits in key spots, including in the final inning when the Crimson Tide had the game-tying run at the plate but could not capitalize.

This season, Alabama has lost the first game of a series two times, and the results of those series have split. The Crimson Tide will look to turn it around and stay alive in the series Saturday night at 6 p.m. CT on the SEC Network.