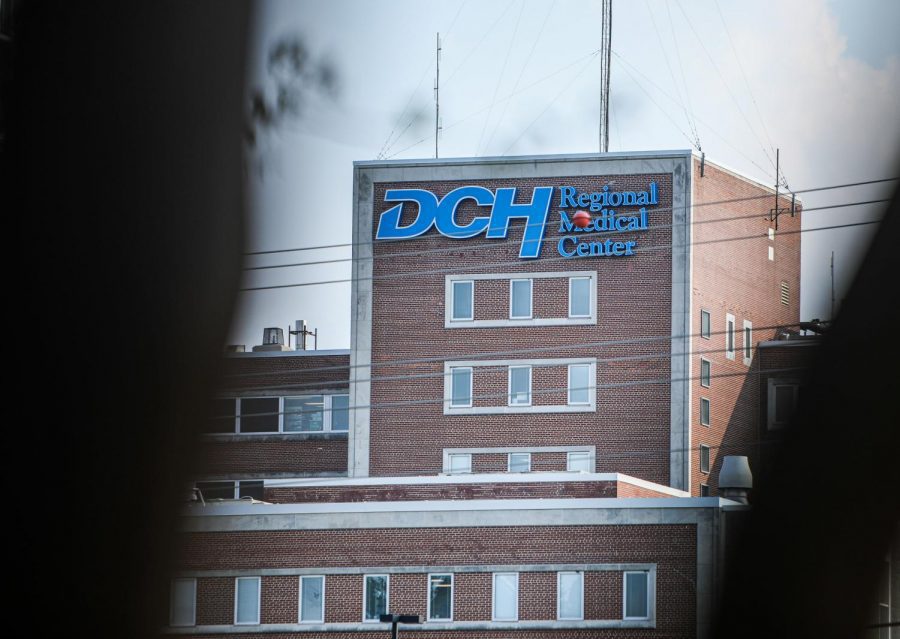 Correction on April 21: DCH Health System spent $35 million on agency wages, and the cost of medical supplies increased by 29%.

Tuscaloosa Mayor Maddox said no substantial updates have been made to the Tuscaloosa hospital’s governance model since 1982.

Burdened with rising costs of equipment and infrastructure on top of a lack of state and federal funding, the Druid City Hospital System could face an estimated $60 million loss in the next year, all while adjusting to new leadership.

On April 15, CEO and president of DCH Bryan Kindred announced his retirement effective July 31 after nearly 40 years with the hospital.

Kindred’s replacement, Katrina Keefer, is the current CEO of Augusta University Health and executive vice president of health affairs at Augusta University. Kindred plans to continue at DCH in a consultant role during the transition.

Keefer, a Georgia native raised in south Alabama, addressed the hospital’s ongoing problems in the announcement of her new role.

“As a public hospital system, DCH has unique challenges, and it is imperative that we have support of our local government entities, officials and community leaders because that is critical to success,” Keefer said. “From my standpoint, collaborating with these leaders will be a top priority to understand the challenges we are facing today, as well as those that come in the future.”

This news of DCH’s projected financial crisis was shared in an internal email on April 14 from Chief Medical Officer Robin Wilson to medical staff.  The Tuscaloosa Thread obtained the email.

“Because of this projected outlook, we currently cannot afford to provide market adjustments and merit increases to staff, including the senior leadership team, in the traditional form,” Wilson said.

In the email, Wilson said that the system faced an unanticipated $70 million in costs during fiscal year 2021. DCH spent $35 million on agency wages, while medical supplies jumped about 30% in costs, accounting for another $24 million in spending.

Last week, 100 of Tuscaloosa’s leading figures attended a three-day-long Next Level Summit in Hoover, Alabama. The trip is an opportunity for the West Alabama Chamber of Commerce to create a five-year plan.

The Summit’s breakout sessions focused on the seven topics from the Chamber of Commerce’s Next Level Series: public safety; diversity and inclusion; area infrastructure; barriers to entering the workforce; economic diversification; quality of life; and public education.

Tuscaloosa Mayor Walt Maddox compared DCH’s current problem to that of Blockbuster, which went out of business in 2014 while streaming services like Netflix overtook the home entertainment industry.

“The model of health care has changed just as rapidly as the digital content market,” Maddox said, citing that no substantial updates have been made to the Tuscaloosa hospital’s governance model since state law granted it health care authority in 1982.

The DCH System prides itself on a “no patient turned away” operating model in accordance with federal law, and 30 to 40 million dollars are spent each year in free community healthcare. Speakers at the Summit described the hospitals, located in Tuscaloosa, Northport and Fayette, as a “drainage basin” for Alabamians lacking healthcare, whose own governments are not contributing to the sinking costs of the hospitals.

One of the leading internal issues at DCH, Tuscaloosa City Council President Lee Busby said, was the use of ambulances as “Uber rides” to the hospital. When an ambulance is called, they are required to take the patient, no matter the nature of the injury or medical issue, to the emergency room, placing people with insignificant needs in waiting logs alongside those in more timely need of care.

“What if you don’t need to go to the ER?” Tuscaloosa Probate Judge Rob Robertson asked Summit attendees. “What if you could go to a clinic?” Robertson continued. “Once you’re loaded, they have got to take you to the ER to fix your toe, by law. There are things like that we have to start looking at in this era of healthcare that will take some legislative remedy to address.”