No. 24 Alabama ready for major challenge at No. 1 Tennessee 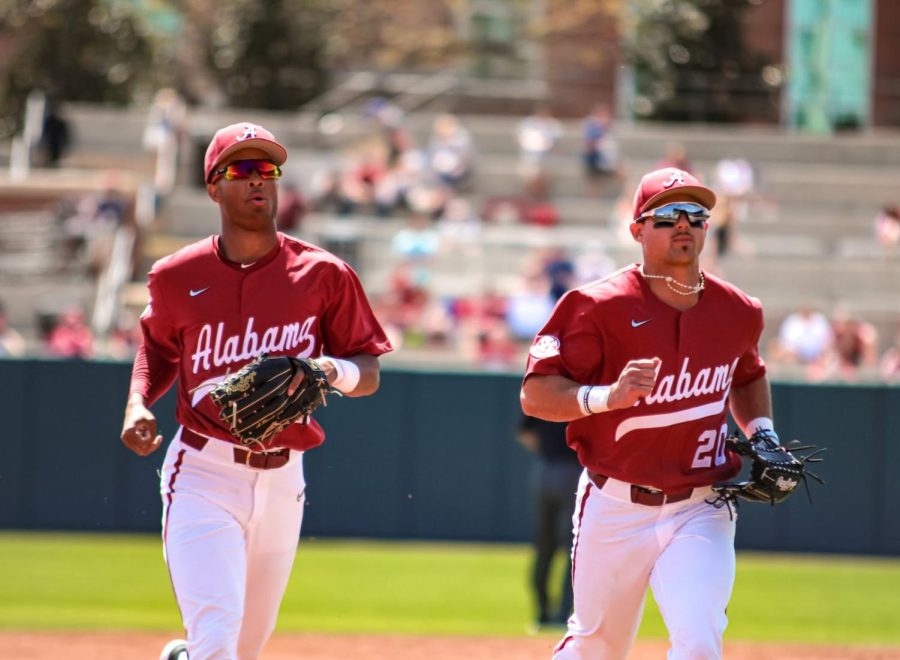 The Alabama Crimson Tide have been impressive as of late, winning seven straight games over the past two weeks. Now ranked No. 24, the Crimson Tide (22-12, 7-5) will head to Knoxville, Tennessee, to take on the No. 1 Tennessee Volunteers (31-2, 12-0).

Alabama head coach Brad Bohannon said that there have been many inconsistencies for the team this season, but he’s glad that his players have been able to see success as of late.

“We’re playing better,” Bohannon said. “Starting pitching has been really good consistently throughout the year. That’s about the only thing that’s been consistent. We’re getting better in the bullpen, and our offense has grown substantially. I was really happy for our kids to see some reward. They’ve done a good job of just playing. These kids fight. They practice well. They deserve to be successful. It had been a really frustrating month or so for us. Glad to have some short-term success.”

Last weekend, Alabama went on the road and swept a top-10 Ole Miss team, but the Rebels are on a downward trend. This weekend will be different.

Until Tuesday night, the Volunteers had won 23 games in a row. But in front of a large crowd at Smokies Stadium, Tennessee fell to Tennessee Tech 3-2. But that loss does not define this Volunteers team, which is off to the best start in SEC history.

Tennessee leads the conference in just about every offensive category, including batting average (.316), runs, hits, doubles, triples, home runs and walks. The Volunteers are averaging a whopping 9.78 runs per game. With 79 home runs, Tennessee has hit eight more home runs than the second team in the country, Virginia Tech, who has 71. Thirteen different players have two or more homers this year.

The pitching staff is just as good, if not better, than the Volunteers’ offense. Tennessee leads the SEC in team ERA. Opposing batters have struck out 386 times, which is top in the SEC. Tennessee has allowed just 75 runs this season, which is an average of 2.27 runs per game.

“I know our kids are excited to go to Knoxville this weekend,” Bohannon said. “It’s really unprecedented what they’re [Tennessee] doing.”

Bohannon is excited to face what he considers to be the best team in the history of college baseball.

“You don’t stumble your way to 31-1,” Bohannon said. “I’m excited to go play them and see it in person. This is my 19th year in the league, and nobody’s ever done this. This is the best team in the history of college baseball, and I can’t wait to see it up close and in person. We’ll have our hands full.”

Bohannon said that even though his team is now having success, the process needs to remain the same, which is similar to what Alabama football head coach Nick Saban preaches every day.

“Now that the results are changing, it doesn’t change the way you work and prepare,” Bohannon said. “Each pitch, each at-bat, each inning and each game has a life of its own. All the ‘process’ stuff that Coach Saban talks about is essential in the sport of baseball.”

It’s going to be a big test for the Crimson Tide this weekend at Lindsey Nelson Stadium. The first game is on Friday at 5:30 p.m. CT on SEC Network+. The Crimson Tide will stick with the same starting rotation as the past few weekends. Garrett McMillan will start Friday, Jacob McNairy will start Saturday, and Grayson Hitt will start Sunday.

“I hope the kids can bring the momentum and confidence from last week to the ballpark, but that doesn’t mean it’s going to be easy, because it’s not,” Bohannon said.