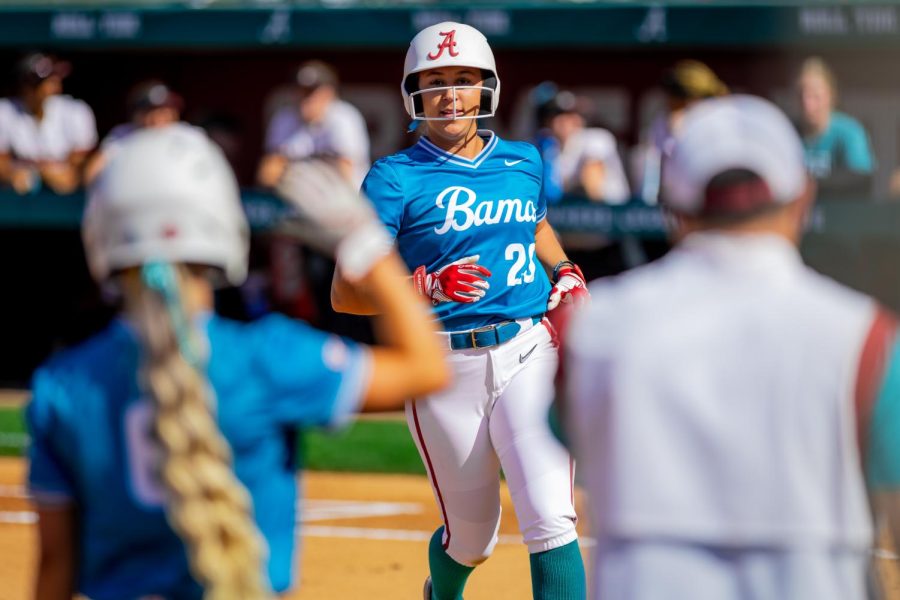 It’s hard to beat a team twice; three times is even more difficult.

In polar-opposite fashion from game two on Saturday, game three was a firework show from a scoring perspective, with eight total runs scored in the fourth inning.

Sophomore Bailey Dowling opened the game with a solo home run, giving the Crimson Tide the early lead. Alabama followed it up in the second inning with an RBI single from senior Ashley Prange, extending the lead to 2-0.

Dowling, who hit the go-ahead home run in extra innings on Sunday, was masterful again on Monday. The home run in the first inning was the second of three home runs she hit in the series. Dowling has now become one of Alabama’s best hitters a year after a torn ACL.

The Gators answered in the third inning, hitting a home run on starting pitcher Montana Fouts. Fouts made her second start of the series after previously starting Saturday’s game and earning the win.

Entering the fourth inning, both teams were knotted at three runs apiece. Prange stepped up to the plate again and drilled a home run past the left field wall, putting Alabama up 5-3 and giving the team plenty of momentum.

Once Florida got to the bottom of the fourth, the home crowd at Katie Seashole Pressly Stadium gave the momentum right back to the Gators. Fouts loaded the bases and caused head coach Patrick Murphy to go with junior pitcher Lexi Kilfoyl.

A wild pitch from Kilfoyl brought in a Florida runner. During the next at-bat, a rundown at third led to a throw home to catcher Ally Shipman, where she seemed to tag the runner out. The replay showed that the Florida runner pulled Shipman’s arm, which caused her to lose the ball. This allowed the runner to be ruled safe at the plate. The umpire did not see the pull from the Florida runner, and Murphy elected not to challenge the play.

With the game tied at five, Murphy called up sophomore Jaala Torrence. Three more runs were scored by Florida in the inning, two of which came from more wild pitches, leaving Alabama in a large hole to climb out of.

The deficit was too much to overcome, as a three-run sixth inning from Florida all but sealed it.

Alabama attempted to mount a comeback in the seventh after another Dowling home run, but a fly out from Prange with the bases loaded sealed the Crimson Tide’s fate.

A loss in this fashion is never good, but Alabama still sits in a great position heading into the home stretch of the regular season. The Crimson Tide sit alone at second place in the SEC standings, behind only Arkansas.

Alabama will return home to Rhoads Stadium this weekend for a series against Mississippi State. It is a quick turnaround, with game one Thursday night at 5 p.m. CT.