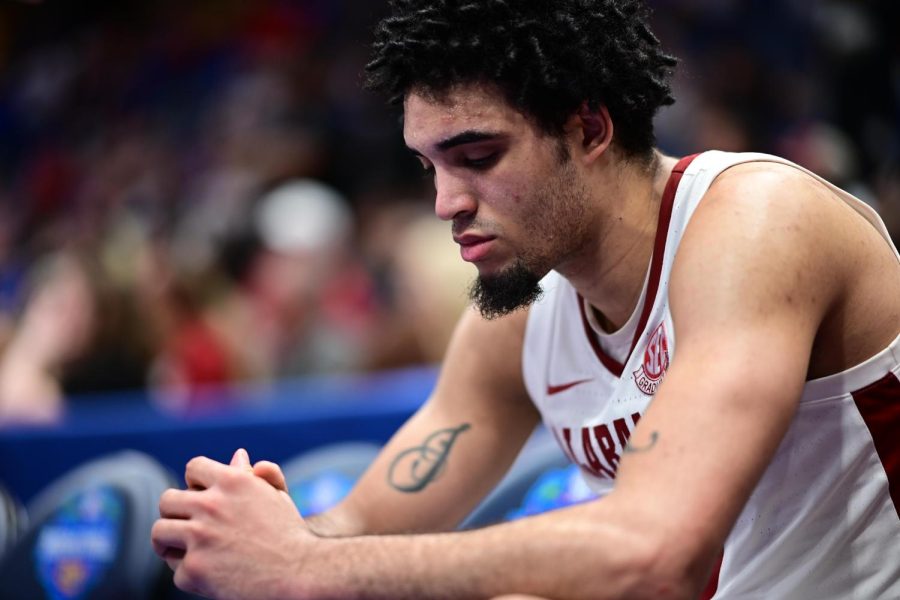 The Alabama Crimson Tide have one guaranteed game remaining.

The Crimson Tide (19-13) led by 15 in the second half before choking the game away, losing to the Vanderbilt Commodores 82-76 in the second round of the SEC tournament in Tampa, Florida.

Alabama came into the weekend with a lot of confidence even after losing back-to-back games to Texas A&M and LSU last week. The Crimson Tide were eager to defend their title from last season, but those dreams are now gone after Thursday’s loss.

“I give Vanderbilt a lot of credit,” Alabama head coach Nate Oats said. “They were down 15 in the second half, but they stayed with it and fought. They’re a tough team. It took everything we had to beat them at their place. We knew it would be a tough game. We have to do a lot of stuff to win games at this level.”

Thursday might as well have been a free-throw shooting contest, with the teams combining for 79 shots attempted at the line. The Crimson Tide missed 14.

“We didn’t have very many guys step up and go 2-for-2 often,” Oats said. “It seemed like everybody was going 1-for-2 or 0-for-2, and guys were getting frustrated. We’ve got to be a little bit more mentally tough.When you’re locked in, I think you’re locked in. I think you’re taking care of the ball and stepping to the free-throw line making free throws.”

The turnover bug has now become an every-game characteristic of the Crimson Tide, who turned the ball over 18 times Thursday night.

SEC leading scorer Scotty Pippen Jr. finished the game with 26 points. However, 15 of them came from the 21 free-throw attempts he had. Pippen was an abysmal 1-for-9 from the field in the first half.

Wednesday night, Pippen said that he and his team would jump at the opportunity to play the Crimson Tide again after losing by two at home two weeks ago. Pippen classified Alabama as a “very beatable team,” and word quickly got around to the Crimson Tide. According to Pippen, an unspecified assistant coach for the Crimson Tide was talking smack to the Commodores before the game.

Oats was unaware of the developing situation.

“I didn’t know anything about that,” Oats said. “Probably not something we want our assistants doing is talking to the other players before the game.”

Guard Jaden Shackelford was the only player wearing Crimson to ever really get anything going, finishing the night with 21 points and six 3-pointers.

Shackelford said that the team will stick it out, hoping to make a run in the NCAA Tournament.

“Staying together, that’s the No. 1 thing for us,” Shackelford said. “Knowing that we’re going to go on that floor and battle with each other one more time, hopefully more than once. There’s more out there for us, and we’re capable of doing a lot of good things in March.”

Alabama led the Commodores 51-36 with 14:09 remaining. That’s when it all fell apart for the Crimson Tide. Vanderbilt outscored Alabama 46-25 the rest of the way.

The Crimson Tide were dominant on the glass, outrebounding the Commodores 52-34.

With the SEC tournament coming to a quick halt for Alabama, the once-hopeful season now has just one guaranteed game left, a matchup in the Round of 64 in the NCAA tournament. The Crimson Tide’s stock is sure to plummet by Sunday, when the selection committee decides who will make up the field of 68. Alabama will play either Thursday, March 17, or Friday, March 18.

The Crimson Tide, who will make the NCAA Tournament in back-to-back years for the first time since 2006, still have everything in front of them. If you’re in the bracket, you have a chance.

“We gave up a 15-point lead,” Oats said. “That’s a tough way to lose, to go out, after some of the wins we’ve had this year and what we’re capable of doing. We’ve lost three in a row now. We have to regroup and get ready for the NCAA tournament. We’ve proven we can play with anybody in the country. We’ve also proven we can lose to anybody on our schedule, so we got to get guys’ mindsets in a good spot.”