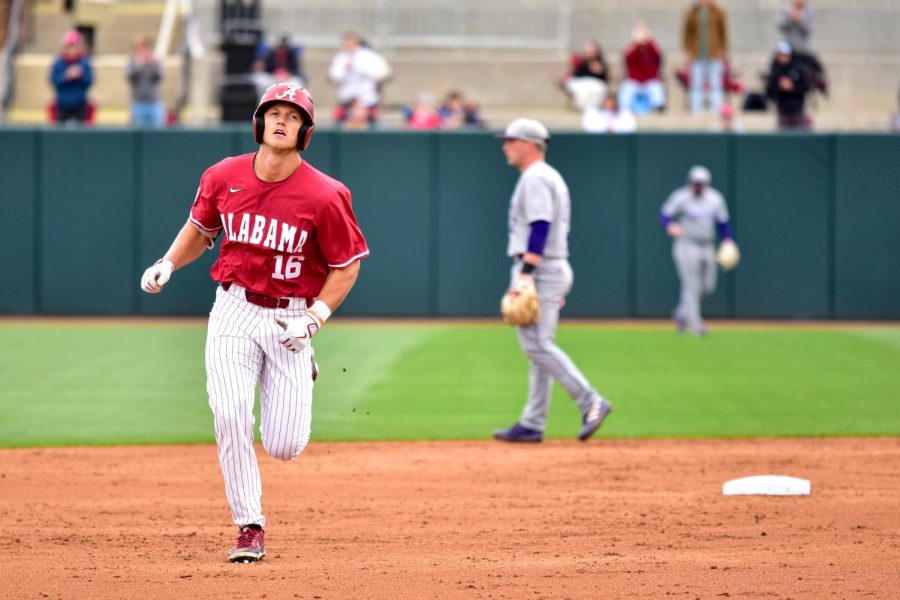 Another week, another untimely loss for the Alabama Crimson Tide (9-5).

The North Alabama Lions blew out the Crimson Tide 9-5 at Sewell-Thomas Stadium on Wednesday afternoon.

Playing in the gauntlet SEC, the Crimson Tide don’t have much room to drop many games in the nonconference schedule, and yet they have already lost two games to inferior opponents.

Similar to last week’s loss to UT Martin, Alabama surrendered too many extra base hits. The Skyhawks hit four home runs, and on Wednesday, the Lions (5-5) had five extra base hits.

North Alabama’s offense was on fire from the get-go. Catcher Luke Harper had a sensational day at the plate, going 4-for-5 with two doubles and three RBIs. Three others had two hits apiece, including second baseman Drew Hudson, who had a double as well as a three-run home run in the second inning.

“We really didn’t do anything well enough to win,” Alabama head coach Brad Bohannon said. “Our defense was fine, but we didn’t pitch it well out of the gate. I do believe that we are going to pitch it well this season. We just didn’t pitch well tonight.”

For the Crimson Tide, the offense was there in spurts. Alabama hit three solo home runs off the bats of Zane Denton, Jim Jarvis and Owen Diodati. Diodati and right fielder Tommy Seidl both had three hits each. Denton and catcher Dominic Tamez both put together two knocks apiece.

But the 11 hits and five runs weren’t enough for the poor pitching from the Crimson Tide. Right-hander Ben Hess made his first career start and only lasted one inning, giving up three hits and two runs. Jacob McNairy relieved him, but it only got worse. McNairy threw two frames, allowing four hits and four runs.

“First, I would like to congratulate UNA,” Bohannon said. “They really came in here and took it to us, outplayed us, and this was a bad loss for us. We have to make some strides offensively and in a hurry. It was a really bad performance by our group tonight, but we have to come back and get better tomorrow.”

Alabama has its back against the wall once again, needing to stack more wins in a hurry before conference play starts next weekend.

This weekend is a home series with the Binghamton Bearcats (3-6). The Crimson Tide will play their first home night game on Friday at 6 p.m. CT. Following that are games on Saturday at 2 p.m. CT and Sunday at 1 p.m. CT. All three games will be broadcast on SEC Network+.