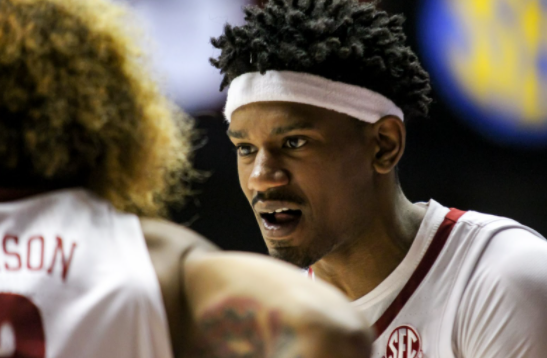 It’s officially March — the month that favors the elite teams and exposes the weak teams.

Alabama is hitting its stride at the right time.

The Crimson Tide are coming off five wins in their last six, largely due to the efforts of guard Jahvon Quinerly. Quinerly has scored at least 19 points in three of the last four games. In the last two games, he is shooting 7-for-8 from deep range.

“I think his confidence in the game has gotten a lot better,” head coach Nate Oats said. “He’s been making shots in practice all year. I think he needed to relax and quit putting a bunch of pressure on himself in the games.”

“It’s mostly just him being locked in,” Davison said. “Just leading us the way we knew he could.”

“He’s vocal,” Gurley said. “When he’s doing that, everything else comes easy because he’s a very talented player.”

The Aggies have had an up-and-down season. Texas A&M started 4-0 in conference play, but after a close loss to Kentucky at home, its season unraveled. After the undefeated start, the Aggies lost their next eight games.

But as of late, Texas A&M is playing better basketball again. The Aggies have won three of their last four coming into their matchup with Alabama.

Oats says that Texas A&M is a tough, physical team that will capitalize on his team’s mistakes.

“We’re going to have to be sharp on offense and our guards are gonna have to be tough with the ball. If we take care of the ball, I think we can get good shots.”

After Wednesday’s contest, the Crimson Tide will have just one regular season game left. With the team entering its most important stretch of the season, Gurley said the team is focusing only on what is right in front of them.

Alabama, 25-3 at home in the last two seasons, will play its last game at Coleman Coliseum this season on Wednesday night.

“Excited for our last home game,” Oats said. “We’ve had a great turnout from the students. I think Crimson Chaos has been unbelievable. We’ve had a good run of home games here these last two years.”

The Crimson Tide will look to protect their home court one last time against Texas A&M on Wednesday, March 2, at 6 p.m. CT on the SEC Network.