Opinion | NIL has opened doors, but is it enough? 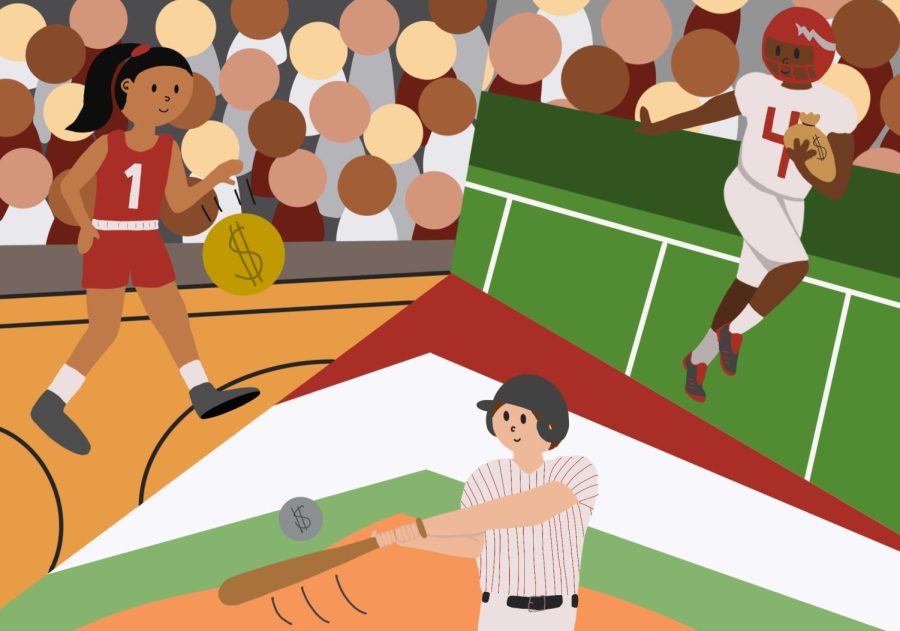 The long, drawn-out debate about whether or not college athletes should be paid has finally been settled. Or has it?

In high school, I wrote a research paper on why college athletes should not be paid a salary because they were already being financially supported by a full academic scholarship.

Many people have the same viewpoint as my younger self. Former Florida quarterback and Heisman winner Tim Tebow voiced his disapproval when California became the first state to allow student-athletes to receive compensation.

“I knew going into college what it was all about,” Tebow said. “I knew going to Florida, my dream school, where I wanted to go, the passion for it. And if I could support my team, support my college, support my university, that’s what it’s all about. But now we’re changing it from us and we and my university — from being an alumni, which makes us care, and what makes college football and college sports special — to it’s not about us, it’s not about we, it’s just about me.”

Tebow would have made a disgusting amount of cash if he had the name, image and likeness rules in his college career, but he feared that college football would turn into the NFL in that recruits would choose their school based on the amount offered. That’s understandable. College football is great because of the passion and pageantry that goes along with it. But something tells me Tebow is against it because he didn’t get to take part in it.

The amount of money the NCAA and its universities make is downright ridiculous. Billions of dollars go into college sports yearly, and the athletes who are actually making the money get small fractions of it. Sources say that Alabama quarterback Bryce Young made almost $1 million in NIL deals last year, but that’s nothing compared to the NCAA.

But when you think of the total profit that Alabama athletics made this season, is that really a lot?

The Alabama athletic program generated almost $180 million in the last year, so is Young worth less than 1% of the team? His Heisman trophy would say otherwise. Without Young behind center, chances are the Crimson Tide would not have made the national championship game.

That would have been an enormous loss of money, and yet, rather than the school he works for paying him, he gets paid by the likes of Logan’s Roadhouse, Subway and iHeartRadio.

We haven’t moved into paid salaries for student-athletes yet. NIL is the only way for these athletes to make money, but that comes with yet another kink. How are lesser-known, lesser-televised athletes supposed to make money? The television coverage for women’s athletics is low, and the name recognition is even lower. The same goes for other undercovered sports like swimming, golf, rowing, track and field, and cross country.

If the money for the sport isn’t there, then the majority of athletes will never touch a dollar.

There are some examples — like South Carolina women’s basketball star Aliyah Boston, Connecticut’s Paige Bueckers, Auburn gymnast Suni Lee and Alabama’s Montana Fouts — whose recognizable names could earn them a buck from time to time.

But what about their teammates?

I support giving student-athletes the money that they have earned, but I agree that it could absolutely change college sports. The top-tier programs with the most money will now be able to “buy” players. Recruiting will become free agency, and the transfer portal will go wild. But at the end of the day, it’s not about the viewers and fans.

We should not get to determine what these student-athletes should or should not make just because it will tarnish our enjoyment of the game. They have worked their entire lives to create this opportunity for themselves, and they should be able to reap the benefits to the last dollar.

This story was published in the Justice Edition. View the complete issue here.