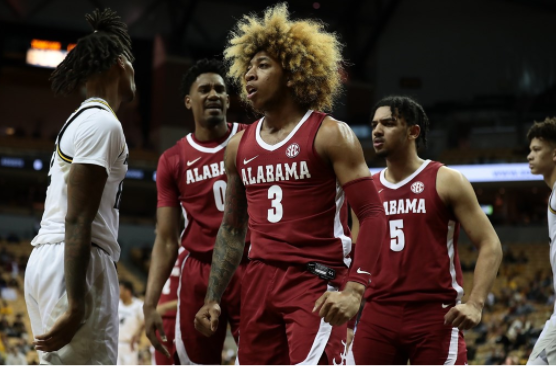 It’s been two weeks since the Alabama Crimson Tide went up to Columbia, Missouri, for their worst loss of the season.

The Crimson Tide allowed 92 points to the Missouri Tigers, and Alabama head coach Nate Oats called it the “worst defensive performance of the year.”

Alabama had no answer to Missouri forward Kobe Brown, who torched the Crimson Tide for 30 points and 13 rebounds. The worst offense in the SEC, averaging just 67.2 points per game and 4.9 threes per game, shot 49% from the field and knocked down nine 3-pointers.

That game was 14 days ago, and Oats said his team failed its maturity test that day.

His team will get a second chance at that examination.

“Missouri hadn’t been playing well, and they’ve now gotten a couple wins,” Oats said. “They proved that they’re a pretty good team. Bottom line is if we play hard, we’ll be in good shape. We didn’t play hard at their place.”

The Tigers, now 8-9, are coming to Tuscaloosa off of a 25-point victory in Oxford against Ole Miss. Before that, Missouri lost to Arkansas by 44 and Texas A&M by 3. Even with some of their bad losses, the Tigers are capable, and the Crimson Tide saw it firsthand.

The Crimson Tide are coming off of a win against No. 13 LSU, Alabama’s fourth win against a team in the top 15 of the AP Poll this season.

Guard Jaden Shackelford scored 26 on Wednesday night. Guard Jahvon Quinerly came off of the bench to score 17 points in Alabama’s gritty win over the Tigers.

Shackelford is excited to see Missouri on the schedule again.

“We’re pretty stoked for it,” Shackelford said. “We didn’t have our best game at Missouri. It was a real eye-opener for us. We’re still fresh on what they run. It’s good for us to get another shot at them this quick, and I think we’re ready to turn things around this time.”

Juwan Gary, who suffered a facial contusion in the game, is unlikely to play against Missouri.

“He’s still pretty puffy,” Oats said. “He’s day-to-day. I’m not sure that he’ll play against Missouri, but hopefully we have him back here pretty soon.”

Against LSU, Alabama shot 2-for-27 on uncontested 3-pointers and still won.

“We didn’t shoot the ball well at all and still won against one of the better teams in the league,” Oats said. “We’ve proven even if our offense isn’t looking great, our defense is more than capable of winning us games. The offense will take care of itself.”

Oats believes the revenge factor is there for his team, but it’s more about just playing hard every game.

“To me, it’s playing the right way every time,” Oats said. “It’s more, are we going to be mature enough to play hard like we’re supposed to rather than a revenge [game].”