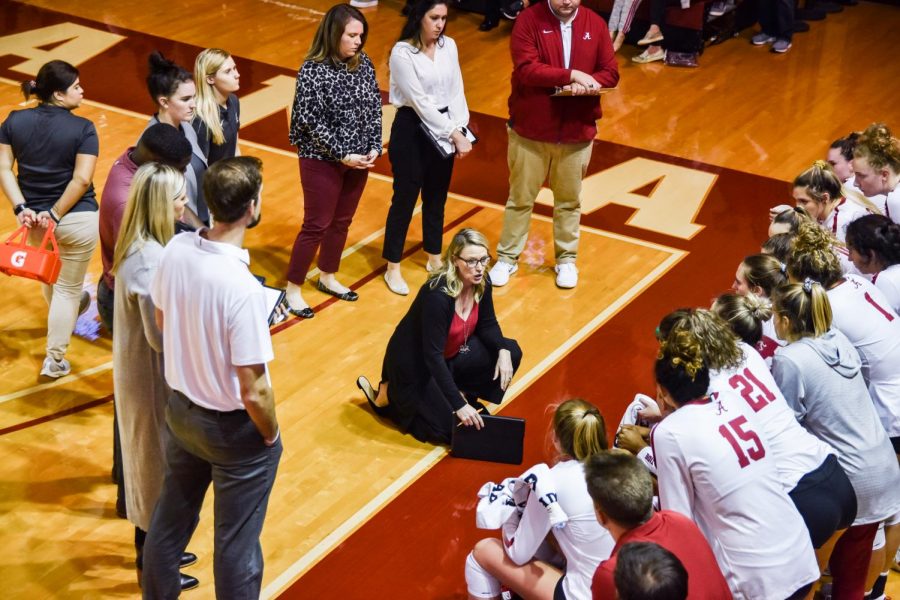 “I am grateful to have had the opportunity to serve as the head volleyball coach at The University of Alabama for the past three years,” said Devine. “I would like to thank the staff and the players for their support, belief, and investment into laying the foundation for future success. I wish the program all the best going forward.”

Prior to her coaching career at Alabama, she served as the head coach at East Tennessee State University for 16 years. At ETSU, Devine was their winningest coach.

Devine had 28 players earn all-conference accolades while at ETSU, including three Player of the Year, three Libero of the Year and two Freshman of the Year award-winners. She was named the Southern Conference Coach of the Year in 2016 and 2018.

Over her 16-year coaching career at ETSU, she coached the Bucs to their second NCAA Tournament appearance in 2017. In 2016, she guided ETSU to a 21-7 regular-season record, which included an undefeated 11-0 home record.

In her first season with the Crimson Tide, Devine coached freshman Alyiah Wells through a rookie season that ended in SEC All-Freshman accolades. Wells led the team with 109 blocks, which ranked fifth in the SEC.

In 2020, volleyball was one of the five teams at Alabama to earn an NCAA Division I Public Recognition Award.

This year, the Crimson Tide finished the fall season with a 10-20 record. Alabama had a 2-16 record in conference play. The team struggled home and away, with 5-10 and 3-9 records respectively.

Alabama ended its season with a 10-match losing streak. Devine’s final record with Alabama is 29-52.