Which UA professor started a cult? 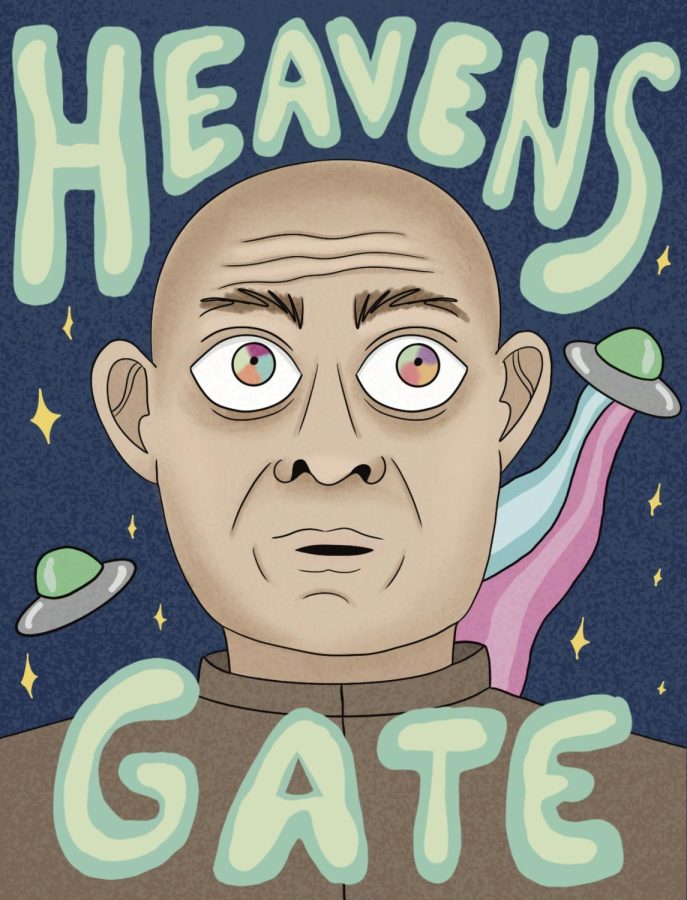 In 1997, the Heaven’s Gate cult took part in a mass suicide, under the assumption that they would ascend to heaven in a UFO. Marshall Applewhite, one of the founders of this cult, was a music professor at The University of Alabama for a few years in the mid-’60s before teaching at St. Thomas University and eventually having a psychotic break.

Following this psychotic break, he became close with Bonnie Nettles, his nurse. After he began having visions, the two formed their own set of apocalyptic spiritual beliefs, recruiting followers and spreading their alien-centric spiritual message to anyone who would listen.

Despite the way Applewhite’s mental health deteriorated throughout his life, his time at The University of Alabama painted a different picture for Neely Bruce, a composer, professor of music at Wesleyan University and UA alum.

“His singing was truly remarkable, and I like to remember him as a very good singer who had a lot of charisma on the stage,” Bruce said.

For Bruce, it was a shock to hear about how much Applewhite’s life had shifted. Bruce had been casually following the story in the news, and he didn’t realize it was his former music professor until a friend informed him.

“This rumor was circulating [in] lots of places. It annoyed me because I didn’t have any direct evidence of this, and I don’t think people should spread rumors,” Bruce said.

In addition to the path Applewhite’s life had taken, Bruce was surprised by how much his appearance had shifted.

“If you see that astonishing, pale, ghostly face that’s on the Heaven’s Gate website, it’s almost as if he cultivated a look that made him look alien,” Bruce said.

Heaven’s Gate made an initial splash in the media in the ’90s, but public interest in the cultic topic has reappeared.

Lily Davenport is a doctoral candidate studying English at the University of Cincinnati who taught multiple first-year writing courses at The University of Alabama centered around cults. She attributed this resurgence in interest to podcasts.

“A lot of the media around cults is coming out of the podcast world, and I think that that grows directly out of the growth of true crime podcasts,” Davenport said.

A 2020 HBO documentary about the cult also revitalized interest in Applewhite’s life. The story of Heaven’s Gate holds more weight with a modern audience because Applewhite utilized modern-day techniques to gain followers.

“One thing that I often talk about with my students is that they were one of the first cultic groups to utilize the internet as a means of recruitment,” Davenport said.

The Heaven’s Gate website, now a relic of the ’90s, has been preserved and is still accessible online.

Davenport said that due to its utilization of technology, if the cult was around now, it would have “cornered the meme market.”

Alexa Tullett, an assistant professor of psychology at The University of Alabama, said people are often drawn into groups like Heaven’s Gate to feel a sense of belonging.

“We want to be part of communities. So sometimes I think groups, especially groups that have a fringe belief system or unconventional belief system, can feel very inviting to be a part of,” Tullett said.

A 2021 study published in the journal Psychology of Religion and Spirituality found that 57% of reported cult members were female and that over half “had a university education.”

It might seem surprising that educated people frequently join these groups, but dependence can lead members of a cult to disregard outside information and evidence.

“There’s a certain effort that comes with questioning all of our actions and questioning the claims that are made by our political leaders or people who are in power, but I think sometimes people like to have a source of information or advice that we don’t question,” Tullet said.

It’s important to remember that the people who are drawn into cultlike groups don’t always fit a stereotype. Russell McCutcheon, chair of the Department of Religious Studies at the University, said the wide variety of people involved in the Heaven’s Gate suicides made the group stand out in the media.

“It got difficult to dismiss them as crazy or disaffected, as many at first rushed to do, when the ‘goodbye’ videos were released and we realized how diverse and articulate/educated the group’s members were, how old some members were, how excited they all seemed to be for what awaited them,” he said.

Many in the public saw parts of themselves in the Heaven’s Gate members, and that’s a key piece of what made it so terrifying for some. Applewhite seemed to convince the group that their ascension to heaven was imminent.

Heaven’s Gate is also the story of a mental health struggle — one that not only impacted Applewhite, but resulted in the death of 39 people.

“It’s not pretty, and people need to be more and more aware of the real damage that mental illness does to its victims,” Bruce said.

This story was published in the Rumor Edition. View the complete issue here.