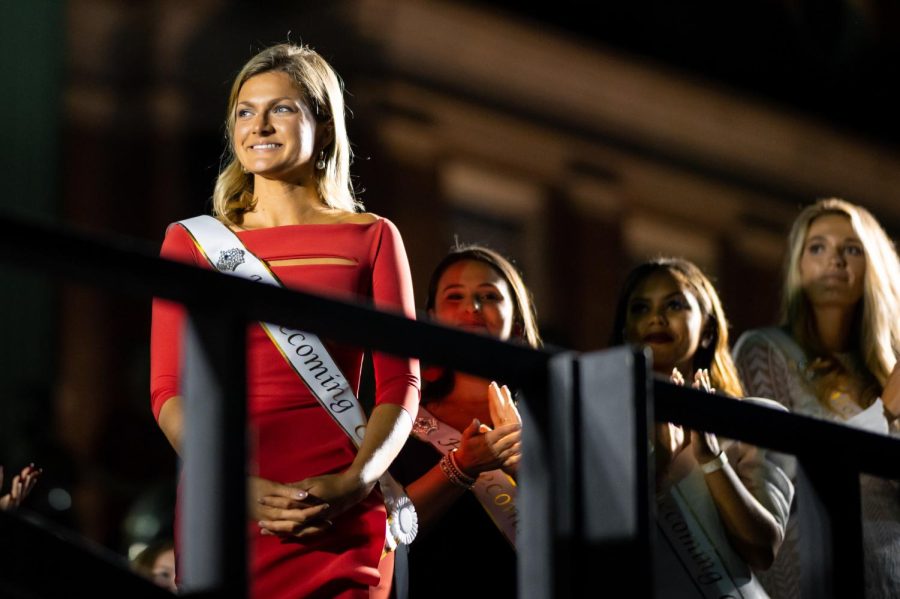 McLean Moore is named homecoming queen at the annual pep rally and bonfire on Friday, Oct. 22.

This year, the Elections Board published the homecoming election timeline on Sept. 30 — 10 days later than required for the Oct. 19 homecoming queen election — which invalidated it from the beginning.

The Elections Manual requires the timeline to be posted at least 21 class days in advance.

UA students Garrett Burnett, Sarah Shield and Jack Kappelman submitted an appeal for judicial review today concerning the violations made by Reese Caldwell, chair of the Elections Board.

“Although flawed from the beginning with the error in timeline, the Elections Board chose to continue with an invalid election and then proceeded to violate the Student Elections Board Elections Manual multiple additional times,” they wrote. “It is unfair to suggest that the general study [sic] body should have faith in the democratic process when the very body in charge of ensuring a fair and equitable process cannot follow through with their duties.”

In a recent Senate meeting, the Elections Board postponed a special election originally scheduled for Oct. 19 for this reason, but did not postpone the homecoming election. Elections for vacant Senate seats will now take place on Nov. 30.

“The Student Elections Board disregarded the timeline error for the Homecoming Queen election but rescheduled the election for the SGA Senate vacancies on the same grounds thus indicating that it was aware of the violation,” they wrote.

This was one of multiple violations from the Elections Board, including their failure to post unofficial results the day after the election. Instead, they posted official results three days after McLean Moore was crowned homecoming queen.

The Elections Board confirmed that the 21-day notice applies to homecoming elections but did not respond to other requests for comment.