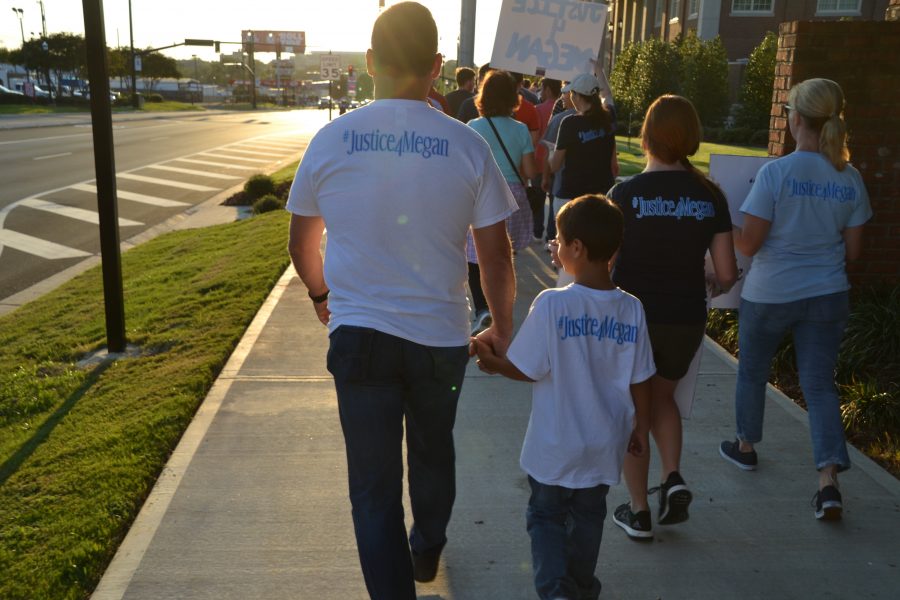 T.J. Bunn Jr. settled in court-ordered mediation in the wrongful death lawsuit of Megan Rondini, a former UA student who died by suicide on Feb. 26, 2016, after alleging that Bunn raped her.

Justice for Megan Rondini, a Facebook page dedicated to “protecting and preventing further victims of sexual assault through activism, advocacy and awareness,” said on Friday that a settlement was reached in the civil case. The Facebook page is not run by a party involved in the lawsuit.

“The Bunns pockets are much lighter today,” the page said in a post.

Rondini, originally from Austin, Texas, came to The University of Alabama on an honors scholarship in the STEM Path to the MBA program. The summer before her junior year, she stayed in Tuscaloosa for summer classes.

Rondini accused Bunn of drugging her at Innisfree Irish Pub and raping her at his home in July 2015. He maintained they had consensual sexual relations.

She reported it to the University of Alabama Police Department, where investigator Adam Jones told Rondini that, based on her statements, she never resisted Bunn. Alabama law states that rape victims must prove they “earnestly resisted their attackers.” Because Rondini did not kick or hit Bunn, the case was initially dropped.

Rondini withdrew from The University of Alabama before the end of the fall 2015 semester, returned to Texas and enrolled at Southern Methodist University.

“When all is said and done, I wonder what I could’ve accomplished if one man didn’t completely rip everything away from me,” Rondini texted a friend in February 2016.

After her death, Rondini’s parents Michael and Cindy Rondini filed a wrongful death lawsuit against the alleged rapist. The case was initially blocked, but the Alabama Supreme Court ruled in May that Bunn was not excused from potential liability.

On Friday, Bunn and Michael Rondini settled out of court for an undisclosed amount. Michael Rondini said the family plans to establish a scholarship in Megan’s name at her high school and to seek out organizations that support survivors of sexual assault.

“You know, we can’t fix what happened to Megan, but hopefully we can help others,” Michael Rondini said.

“Obviously, when you lose a loved one it’s a terrible thing, and nothing will ever make up for that,” Michael Rondini said. “We are thankful though for all the people and all the support that we’ve gotten from students, Megan’s friends, people we don’t even know in Alabama that have supported us through all this, and that was very important to us.”

Bunn could not be reached in time for publication.

This story was updated on Sept. 19 at 9:30 p.m. to clarify that the “Justice for Megan Rondini” Facebook page is not run by a party involved in the lawsuit.