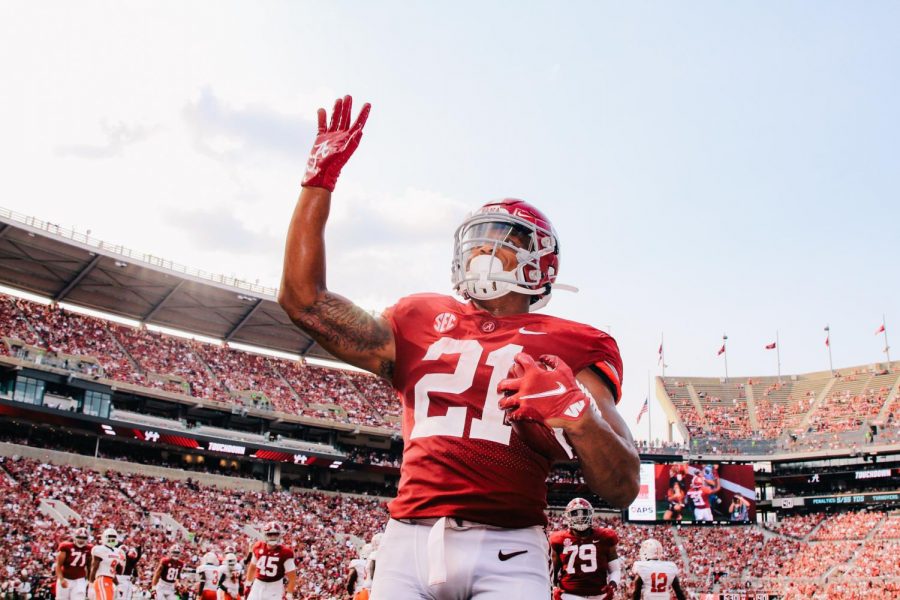 Bad news for the Bears.

In front of an energetic home crowd in Bryant-Denny on Saturday, Alabama football defeated the Mercer Bears, 48-14. The Crimson Tide shined behind a spirited effort from the defense.
Defense Wins Games
Coming into this season, Alabama’s defense was regarded as one of the best in college football. With the return of playmakers like sophomores Will Anderson Jr. and Malachi Moore, plus the addition of freshman Kool-Aid McKinstry, Alabama’s defense looked strong on paper.

Through the first two games of the season, this defense has exceeded expectations.

In his third year as defensive coordinator, Pete Golding’s players are playing aggressive football. From kickoff, the defense made their presence felt. On Saturday, the defense racked up three sacks against Mercer. Last Saturday against Point University, the Bears gave up zero sacks. The Crimson Tide also notched eight tackles for loss. Alabama linebacker Christian Harris led the team with eight total tackles.

On top of that, the defense snagged two interceptions, which set up two touchdowns for the offense.

Still, the injury blues for the defense continue.

Last Saturday against Miami, the Crimson Tide lost linebacker Christopher for potentially the season with a foot injury. Against Mercer, linebacker Will Anderson Jr. left the game with a knee injury. The status of his season is in limbo.

With potentially two huge losses on defense in addition to some players like linebacker LaBryan Ray still not ready to return, it is up to the rest of the defense to step up to the plate.

“It’s just next man up,” linebacker Christian Harris said during his post-game press conference. “Everyone just has to make sure they’re preparing.”

The defense will have a tough test ahead of them when they travel to #13 Florida on Sept. 18. The Gators have scored a total of 77 points against their opponents so far and have amassed 763 rushing yards through their first two games.

The Crimson Tide defense shined today, but they have a lot of preparing to do for next week’s matchup.
You Gotta Play for 60
If you just look at the score, it seems like Alabama had another dominant showing on offense.

If you watched the game, the score masks the troubles Alabama had throughout the game.

The Crimson Tide offense went three and out on their first drive. The next drive ended in a punt. Alabama was the overwhelming favorite coming into Saturday’s matchup. Yet, early on and throughout the game, the offense had numerous mistakes. One of the most consistent mistakes was the penalties. Alabama had nine penalties for 95 yards. One of the more notable penalties was an ineligible receiver downfield call against Darrian Dalcourt. That brought back a touchdown pass from quarterback Bryce Young to wide receiver Agiye Hall.

Despite these mistakes, the offense put a beating on the Mercer defense. Young had another strong showing; he completed 70.3% of his passes for 227 yards. He threw three touchdowns and no interceptions. Running backs Brian Robinson had a good performance today, rushing for 70 yards on 10 attempts and one touchdown. Overall, the offense racked up 424 total yards.

However, the mistakes were still on the team’s mind after the game.

“You gotta play with intensity, but not out of control,” head coach Nick Saban said after the game. “We gotta make better choices.”

The Crimson Tide can ill-afford a slow start against the Gators. Florida’s defense has looked strong in their first two games. Their defense has recorded seven sacks in total this season, along with 14 tackles for loss. The team is aware of the need to start fast next week at Gainesville.

“As the season goes on, we better be able to start fast, and not have to get in as the game goes on,” Chris Owens said after the game.

The Crimson Tide looks to tighten up against its biggest test of the season so far in #13 Florida.