Opinion | Hurricane Ida is not an isolated incident 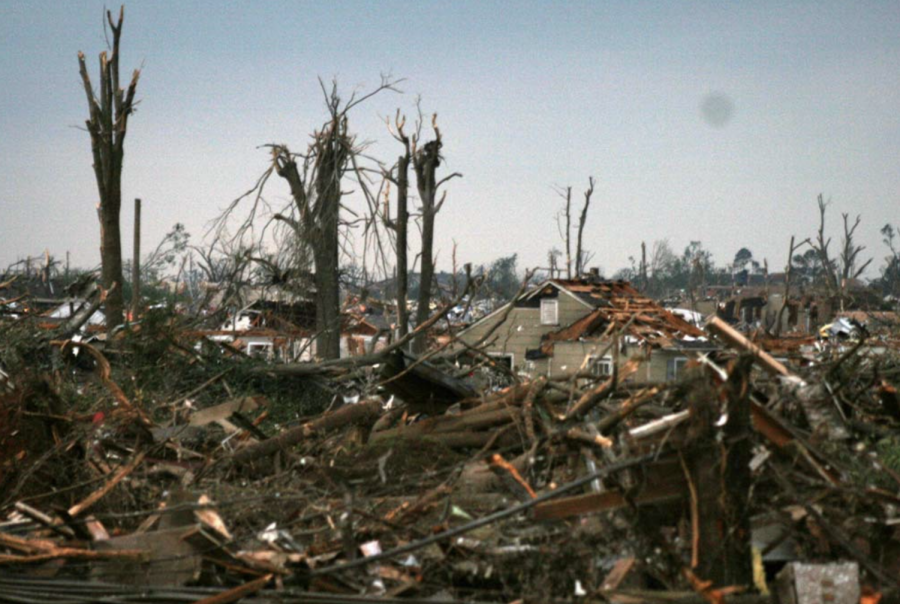 Hurricane Ida just stormed its way through the Gulf Coast, leaving destruction in its wake. Louisiana, a state that is all too familiar with the worst consequences of tropical weather, is experiencing the brunt of the hurricane, but we have felt it here in Alabama as well.

The University of Alabama has a storied history of facing natural disasters. Ten years ago, an EF4 tornado destroyed much of the campus during the worst tornado outbreak in American history.

That disaster killed 64 people in Tuscaloosa, including six UA students, and caused almost $1 billion in damages to the city. The tornado was a devastating loss for the community and continues to leave its impact a decade later.

As UA students, we should be particularly aware of the impact natural disasters can have. To understand them, we must turn toward scientific communities. As far as tornadoes are concerned, scientists are struggling to determine how climate change affects them; while atmospheric instability increases the chances of a tornado, decreased wind shear caused by warming temperatures has the opposite effect.

In the case of hurricanes like Ida, however, the data clearly indicates that our worsening global climate crisis is leading to more frequent and more violent tropical storms.

Hurricane Ida is no different. Once it reached land, the storm had wind speeds of 150 mph, but 36 hours prior those winds were half as strong. This phenomenon of rapidly increasing wind speeds (specifically an increase of over 35 mph within a 24-hour period) is known as “rapid intensification.”

Instances of rapid intensification have only increased in frequency in recent years. Hurricane Harvey in 2017 and Hurricane Michael in 2018 both displayed the phenomenon, and in the case of Harvey, it meant a change from a Category 1 storm to a Category 4 storm just one day before landfall.

What has led to more instances of rapid intensification in recent years? Warmer ocean waters created by global warming that scientists have repeatedly connected to human-made climate change. The waters of the Gulf Coast are only 0.5 to 1 degree Celsius warmer than the 1971-2000 average, but that is enough of a difference to fuel far more devastating hurricanes — hurricanes like Ida.

Although we should all be concerned about climate change as the inhabitants of planet Earth, those of us who live in Alabama to work and to learn should be even more horrified at our imminent environmental future. We are among those who will be most directly affected by worsening natural phenomena like rapidly intensifying hurricanes. The communities we serve as a university will also be devastated by these events, and it’s our responsibility as a university to maintain our commitment to education and awareness.

We must be aware of the reality of our environmental circumstances and not be willing to accept worsening climate conditions as the norm. We should not be accustomed to headlines revealing the latest natural disaster, for in doing so we forget the losses left in their wake.

As is usually the case, action is required on both the individual and institutional level. As students and faculty, we should advocate for campus initiatives that educate and address issues related to climate change. To address such an issue, the University must commit more resources to climate change-focused research on campus and launch projects that extend into the greater Alabama community to promote sustainability.

The University should also invest more in student groups focused on climate change like the Environmental Council, which describes itself as “an environmental advocacy and awareness organization devoted to increasing environmental sustainability on campus and our community and tackling local, national and global environmental issues.” The University could start by doing more to promote the Council’s annual Green Week and recycling drive.

On a more immediate level, we can always donate to organizations that deal directly with natural disaster relief and environmentalism in general. The Cajun Navy Relief is a volunteer organization in Louisiana which formed after Hurricane Katrina to provide rescue and relief efforts in the aftermath of natural disasters; they are currently providing assistance to those affected by Hurricane Ida.

There are also organizations dedicated to a variety of environmentalist efforts that each work to counteract climate change in one way or another. And, of course, you can always look to become a volunteer yourself.

It is also essential to recognize the massive part that corporations play in harming our environment. More than any individual person, it is corporations who disproportionately fuel climate change. Forgoing plastic straws or taking shorter showers can only do so much when faced with the reality of large-scale air pollution or oil spills.

The University of Alabama has connections to different corporate sponsors and companies; it should explore leveraging these relationships to pressure corporations into decreasing carbon emissions and ensuring sustainable practices. As a representation of the state, the University’s voice carries weight in conversations about how to perform business in a sustainable and environmentally friendly way. It’s time to use that voice.

Oftentimes we do not appreciate the severity of a problem until it affects us personally. If we continue to let our climate crisis spiral out of control, we will all inevitably have firsthand accounts of the true devastation that can be caused by neglecting our environment. Let’s not let it get to that point.

Hurricane Ida is the most recent example of a storm that has been supercharged by climate change; it will be far from the last unless we commit real resources and real action to fighting back. There should be nothing stopping us from starting right here in Tuscaloosa.