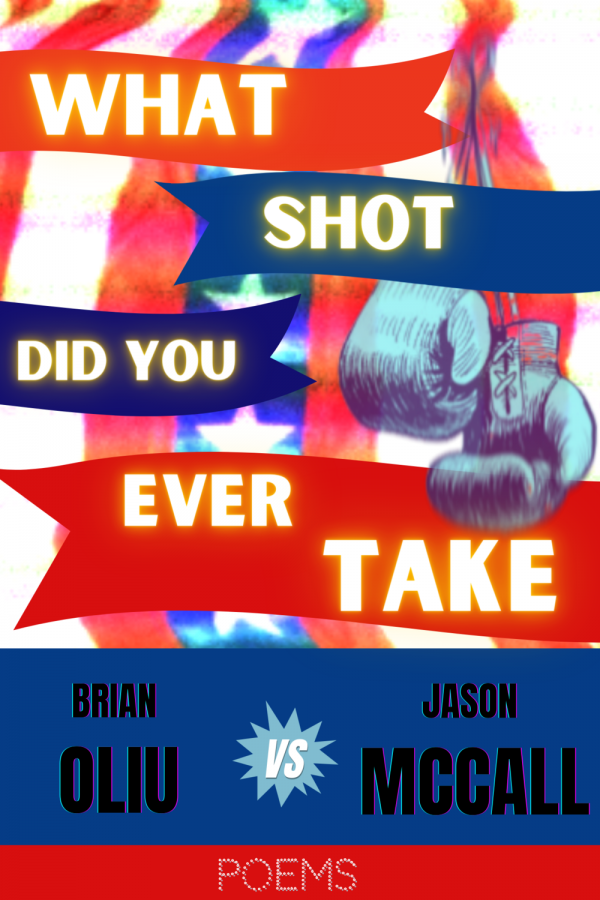 Professional wrestling, the City of Tuscaloosa and the “Rocky” films are a few topics that writer and UA professor Brian Oliu tackles in his work.

While these may not sound like Shakespearean writing prompts of love and nature, Oliu has found identity and inspiration in the simple pleasures of life: wrestling, donuts and Alabama football.

Oliu, a UA professor and the assistant director of first-year writing in the English Department, has been writing since he was a kid in New Jersey. As a child, Oliu said he knew he wasn’t good at art or music, but he loved storytelling. He turned to writing at an early age, and everything fell into place.

For Oliu, his work has always been about writing what he loves.

Oliu’s work has been published in literary magazines, and he has seven books to his name, including “Body Drop: Notes on Fandom and Pain in Professional Wrestling” and “What Shot Did You Ever Take.”

“Body Drop,” set to release on Sept. 28, is a lyrical ode to professional wrestling and the ways in which Oliu’s life fits into it.

“I’ve always loved professional wrestling,” Oliu said. “As a kid, I always watched wrestling, and I was really intrigued by it. It’s something I never quite grew out of. So I thought to myself, ‘Well, if I love this thing so much, if I’m constantly watching it, if I’m having discussions about it, then I should write about it.’”

After finishing the first drafts of “Body Drop,” Oliu was contacted by the University of North Carolina Press, which helped mold the narrative portions of the book and eventually published it.

For many, professional wrestling may seem like an odd topic to tackle in a lyrical essay. By weaving anecdotes from his own life into the world of wrestling, Oliu captures more than just fighting in a ring.

Although Oliu is just a fan, he’s able to find pieces of himself scattered across the screen when he watches it. While he finds it important to write about what he loves, he said the journey wasn’t easy.

“I think when you’re talking about something that’s deeply personal to you … that’s always kind of a difficult thing,” he said.

For Oliu, writing is about recognizing interests and also pushing deeper to understand why and how those interests fit into our lives. As a professor, Oliu encourages his students to practice this.

Even though Oliu makes professional wrestling fit into the greater picture like a piece of a puzzle, not everyone understands how he combines his narratives with the topics he loves.

Once, an interviewer asked Oliu how he balanced being in academia with his more “lowbrow interests.”

In collaboration with Jason McCall, a poet and professor of creative writing at the University of North Alabama, Oliu released a poetry chapbook titled “What Shot Did You Ever Take,” which pays homage to the “Rocky” movie franchise.

The chapbook, released June 15, was created because Oliu wanted to write about his favorite movie series during National Poetry Month a couple years ago. Oliu said he’s “not much of a poet,” so he reached out to his friend McCall for a collaboration.

Oliu said writing is a lonely process, and the collaboration gave him the opportunity to check in with a close friend who had  moved away.

McCall and Oliu sent poems back and forth in a Google document. When National Poetry Month ended, they finished the collection, added some edits and worked on getting it published.

In their subsequent collaboration, “What Shot Did You Ever Take,” Oliu and McCall tackle masculinity, the body and pain. They also play with the idea of heroes and villains, childhood in America and the Black experience.

“We talk about the idea of fighting, the body, the idea of America,” Oliu said. “Jason is Black and I’m white, and that was essentially the conversation in the Rocky series, too, with Rocky and Apollo having this element of rivals but friends. We were able to talk about those particular elements, so it’s not just straight-up fan service.”

Oliu, like any writer, likes seeing his work on the page. However, he thinks writing is about more than just hard copies and essays, so he frequently experiments with writing style and medium.

Oliu’s first memoir, “i/o,” was originally published as a book. When it went out of print, Oliu adjusted the format and tried something new.

“I think it’s about readership,” Oliu said. “The goal isn’t necessarily to have this book. The goal is to have folks read your work. … I had a moment where I was reading all this stuff, and I just wanted to go completely off the rails and do an entirely different and absurd thing.”

“i/o” is now available to the public in an interactive format online, which Oliu said makes it more innovative and increases readership to anyone with a computer.

Although you won’t be seeing him in the ring anytime soon, you can keep up with Oliu on Twitter, through his website or by following his other projects. On his Instagram account, Tiny Tuscaloosa, Oliu writes a poem a day. He also has a newsletter called the Boston Cream Review, where he writes essays about donuts every couple of weeks.