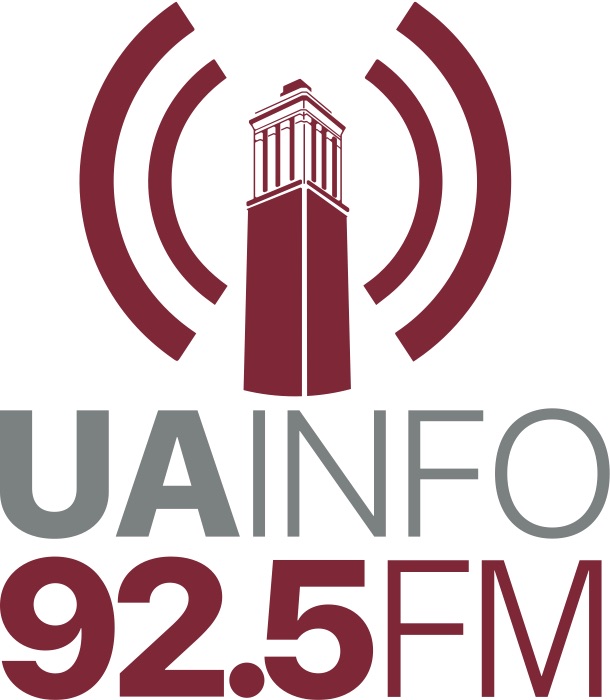 Tornado season is upon Tuscaloosa. And it’s bringing back the memories of a tragedy exactly 10 years ago this spring. But a decade after tornadoes ravaged the state, a local radio station is working to ensure the safety of all Tuscaloosa residents.

“We’re an information station, that’s how we operate,” said Stephanie Plumb, UA’s Communications Specialist for Public Safety. “Our main purpose for existence is to send out emergency communication to the campus and its immediate surrounding areas.”

Managing all of the content that is broadcast as well as producing most of the content, Plumb believes this station “is for anybody that has come to campus or visiting campus.”

When the pandemic hit in 2020, the radio station kept strong as it relayed not only weather information, but COVID-19 updates as well as test site locations, CDC guidelines and now, the vaccine locations and updates.

Plumb said the station is not just for crisis situations and anyone on campus deserves to have access to it. However, with the most recent severe storms that came through in late March more than 2,500 active users began to stream the station.

UA Info Radio has a small staff run under Alabama Public Radio, but they are committed to the surrounding community to give them the necessary information to keep from harm or trouble at any time.

“When there is an emergency that could affect campus, such as severe weather – like if there is a tornado on the ground, we would break into the recorded programming and give live updates and live information,” Plumb said. “We get that information from a couple of different sources: the national weather service and through our office of emergency management that operates here on campus.”
HOW IT ORIGINATED
Originally created to get information to “anyone who was around campus,” the idea of the station was born after the tragedy of the April 27, 2011 tornado that left Tuscaloosa in pieces.

“The computer systems were down, internet was down, cell towers were down, but radio was still working,” Plumb said. “You could get information out to people through radio, which is how a lot of people communicated in the immediate hours and days following those tornados.”

Following the tornado’s two-day power outage, creating the station was a “passion project” for Donald Keith, the director of UA’s office of emergency management due to the dependency on radio stations.

The process took from 2011 to 2018 launching in 2019, “a long process,” but worth the lives that will hopefully be saved.
MEMORIES OF THE TORNADO
Sixty-four lives were lost in Tuscaloosa and Birmingham after the tornado raged through the state. Hundreds were injured, thousands of trees were snapped and pummeled over, houses were destroyed and lives were changed forever.

“When you hear it coming, you get this sense of dread like none you’ve ever known,” said Meredith Cummings, a UA journalism professor. “I know people say that tornadoes sound like a freight train, but I don’t know anyone who has been in a tornado that thinks it sounds like a freight train. When it’s sitting on top of you, it sounds like fighter jets right on top of your living room. It is the loudest sound I’ve ever heard.”

Cummings and her 8-year-old daughter lost their home in the tragedy that left only shreds of their past life behind.

Locked in the bedroom closet that “definitely saved [their] lives,” Cummings shielded her daughter as the tornado came barreling over their house. With “skyscraper trees falling around them” and the unmeasurable intensity of fear, Cummings could only think of her daughter right below her.

“I told her to hold on for dear life and to not let go of me. She had her teddy bear in the closet,” Cummings said. “I just remember thinking there is a distinct possibility that I will die here and a lot of things flashed through my head really quickly. I remember thinking I hope if I die she doesn’t think it’s her fault, I hope if I die she’ll be okay. This all happens in a split second, but I had this vision of her without a mom, a vision of her thinking what could I have done differently. It’s so hard.”

Cummings recalled this event as “the defining event of her life;” she remembered the pain of her ears from the intense pressure, heart beating so fast she thought she’d have a  heart attack and knew that she had to hold on.

In 2011, Victor Luckerson, the editor-in-chief of the Crimson White, also recalled Twitter “being a really important emergency communication platform” in a way that he had never thought of the then 4-year-old forum.

Luckerson was nonstop working to get news and communication lines open between the hurt, the lost and the survivors that remained without solid, vital information for days through the Crimson White.

“A lot of people were following our Twitter account, other local news outlets, and other local journalists just to find out about information or updates from the city of when the power would be restored, where there were down power lines,” Luckerson said. “There was just a lot of ambiguity about how much damage had been done and how many people had died and so some of that information was being submitted via Twitter.”

Due to the lack of electricity, Tuscaloosa residents began bouncing between houses, Luckerson said he only had access to the internet through his phone’s data plan and “access to power to charge your phone” through various professor’s homes that somehow retained power.
BACK TO RADIO
After this tragedy revealed the necessity of communication throughout the area, the UA Info Radio station was born to create that sense of safety and security.

Cummings said “it is a very helpful service” and that it can help a lot of people in severe weather situations, especially “if you have your phone and you can just stream it that way.”

Luckerson said 92.5 radio station can give people another avenue to get vital information.

“I think what’s important about a natural disaster like that is having a lot of different touchpoints where people can get vital information when they need it. You don’t really know which infrastructure is going to survive and which is going to collapse,” Luckerson said. “If it’s broadcast, then you could use radio waves, that would be different and just might survive the storm.”

With the tornado striking out power, many Tuscaloosa residents came together to make a horrible experience and a tragedy to witness something to drive the community together. Most of the survivors of the storm have united, made friendships and the city has provided more steps of safety. One of these steps was the 92.5 FM radio station.

“I think there were some lessons to be learned about how important it is to have that infrastructure available, “ Luckerson said. “It is good that there is another venue or platform like that because there is going to be another storm one day and it’s important that you have access to have that vital information.”

With the disaster of this notorious twister, many more students and faculty have been finding out ways to listen for safety and listen for information on 92.5 FM since the 10-year-anniversary is here and so is tornado season.

92.5 FM radio is proud to serve the University and the citizens of Tuscaloosa as they want safety for everyone first and foremost.

People can tune into the podcast the traditional way through a radio station and on their card or they can take a modern approach and stream it through the UA Safety app and online.

With tornado season here, 92.5 FM will hopefully be getting more listeners as many try to maximize their safety. Questions on how to do that, for the radio station or interest in voice performance, you can email the station [email protected].