Review | This 2020 rap album will age like fine wine 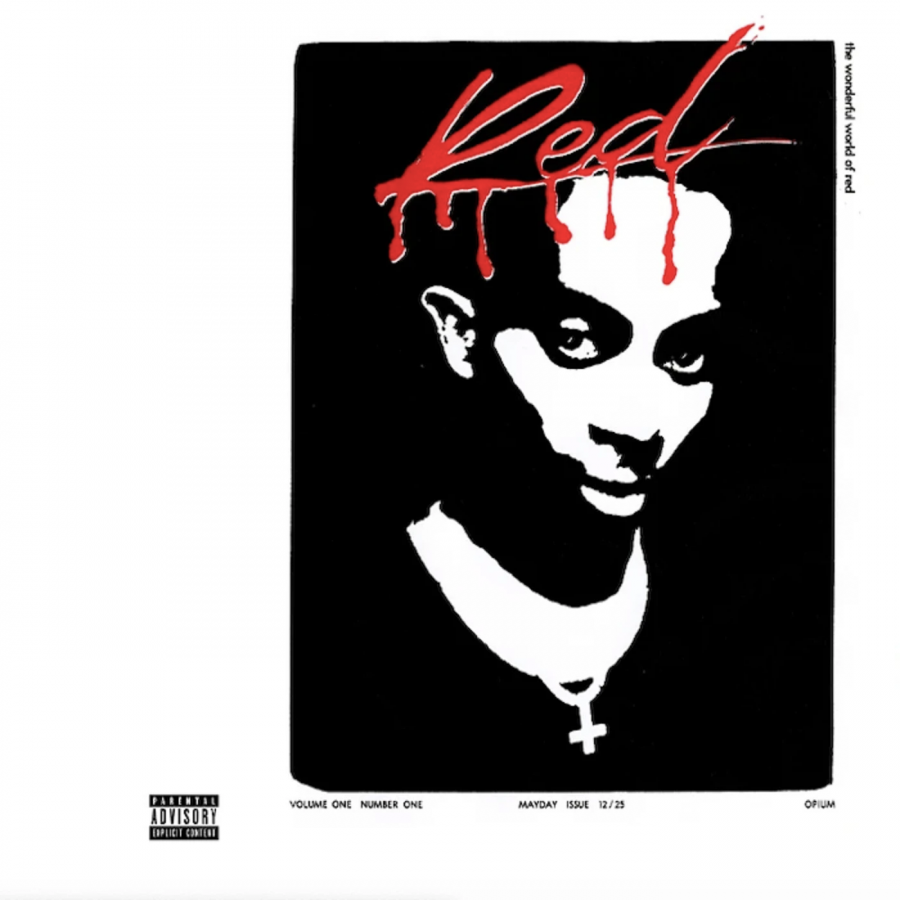 For over two years, fans of eccentric rapper Playboi Carti—an increasingly prominent voice in both rap and pop music—foamed at the mouth in anticipation of a follow-up to his 2018 debut, “Die Lit.”

The lofty expectations for the elusive sophomore record, dubbed “Whole Lotta Red,” only grew as Carti repeatedly teased its release and relucted to deliver. Constant leaking of unreleased songs (much to the rapper’s chagrin) and a highlight reel of impressive features throughout 2019—ranging from Tyler, the Creator’s “Earfquake” to Solange’s “Almeda”—also added to the hype surrounding “Red.”

When Carti announced a December 2020 release date for the album, fans were finally convinced that the time had come, that they would finally receive the long-awaited body of work. They were correct, and “Whole Lotta Red” was released on Christmas Day.

Much like Carti peer/frenemy Lil Uzi Vert’s “Eternal Atake, Whole Lotta Red” had bred its own mythology far before a single soul had seen its cover art, read through its track list, or pressed play. The aforementioned years-long period of anticipation which surrounded “Red” would likely be impossible for almost any musician to live up to, Carti is no different.

Come Christmas, before it was even humanly possible for anyone to have listened to the album in its entirety, Twitter-fingers went to work. The album was panned by many. Remarkably inventive quips like “Whole Lotta Trash” and “Whole Lotta Garbage” were smeared across feeds, stories and timelines.

But some also praised the album, celebrating Carti’s innovation and experimentation. The project’s unique blend of raw punk elements and vibrantly creative instrumentals with traditional trap narratives was oft-cited by those defending the work.

This stark contrast in public reception should be noted as the hallmark sign of a truly original piece of art. Similarly polarizing works of the past—such as Kanye West’s “Yeezus” or “808s & Heartbreak”—have often grown cult appreciation, if not widespread praise, after stewing in the public conscience long enough for their true impact to be felt and recognized.

One could even argue that this is the case for Carti’s debut album “Die Lit,” which also received strong praise alongside initial criticism upon its release, but is now widely accepted as a strongly unique and impressive body of work – even by those who previously panned it.

Even now, mere weeks after its release, “Red” is growing on its listeners. The slander which prevailed in early discussions surrounding the album has all-but-disappeared, and certain songs from the project are quickly becoming fan favorites.

I argue that this quiet transition from apprehension to appreciation will only continue to grow, especially when touring returns post-pandemic and crowds can scream along to many of the album’s more anthemic highlights (See: “On That Time” or “Teen X”).

Even if the album’s most valid flaws, namely its inconsistent and bloated tracklist, prevent it from becoming a so-called “classic” record, its innovative sound and daring aesthetic should be substantial enough to gain the project significant merit in the near future.

In my eyes, Carti continues to prove himself as one of the most captivating artists of his generation; a true individual who stands out amongst his peers and will likely continue to push boundaries with his creative output.

“Whole Lotta Red” illustrates a commitment to innovation and an applaudable ignorance towards any set of popular rules or unwritten artistic norms—if similar albums from the past are any signifier of its eventual place within music history, then “Red” should age like fine wine.