‘Alabama is so lucky’: Meet the instructor who makes UA No. 1 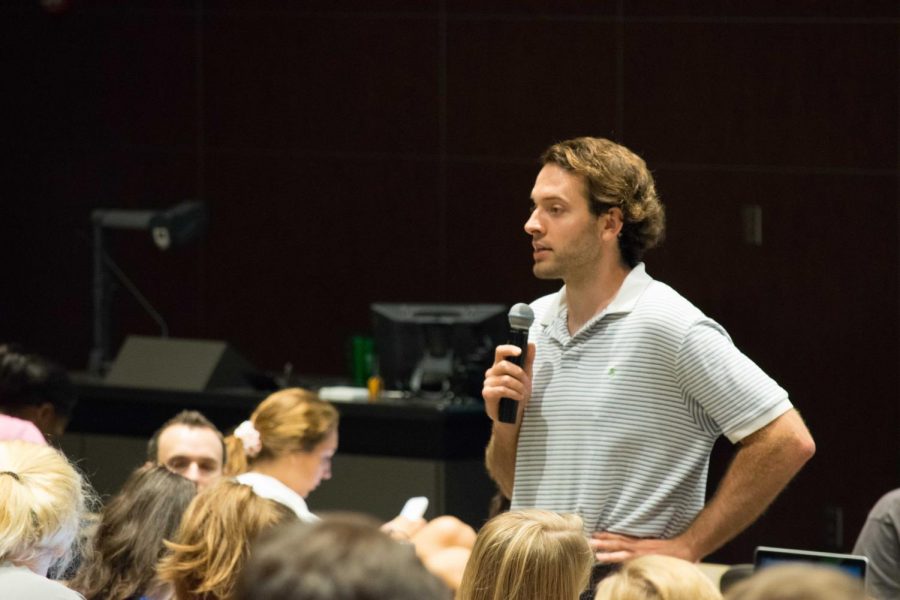 He’s a LinkedIn pro, an expert emailer, and he has mad skills on the basketball court. Meet Douglas Klutz, America’s favorite teacher.

In his nine years at The University of Alabama, Klutz, a criminology and criminal justice instructor, has been named the No. 1 Professor in the United States three times. Forbes gave him the title in 2017, and in 2020 he was honored by CEOWORLD Magazine and Best Value Schools.

In his constantly growing class, Klutz is never short on serving his purpose in his students’ lives, whether it be academically or for future career decisions. Klutz believes that no matter the size of the class every student deserves to have one-on-one time.

As an advisor, Klutz wants to see his students progress. On his Twitter and LinkedIn, Klutz is known to continuously post job and internship opportunities for his followers, but in the classroom, he tends to offer more.

“I try to present information that I think will help them in their future,” Klutz said. “We go over a lot of things related to financial crimes so they can watch out for their financial futures. We go over a lot of legal rights, and I think that’s applicable to all students.”

Although Klutz remains humble about his national recognition and accomplishments, his students continue to send their admirations and compliments.

“I’m very thankful for the positive recognition from the students,” Klutz said. “It makes me feel good that I’m performing my job well and helping students at the same time.”

Mercedes Taylor, a senior psychology and criminal justice major, said that Klutz is the kind of professor that takes time with each and every student in his classes to accommodate their needs.

“I truly believe I wouldn’t have gotten into grad school without the internship he helped me get and all his excellent guidance,” Taylor said.

Megan Mejias, a former student of Klutz’s, said that Klutz always had Mejias best interest in mind and kept him interested in various kinds of jobs involving criminal justice.

“I would throw a wrench and tell him I was interested in government jobs, and he was my biggest cheerleader in helping me find the perfect opportunity,” Mejias said. “He always listens and continues to open his door every time I come by in Tuscaloosa. I’ve never had a teacher, advisor or professor like him. Alabama is so lucky!”

Alanah Burney, a senior criminal justice major, said that Klutz was by far the best professor she ever had.

“He was always willing to help and available at any time to meet with students on questions,  assignments, and more,” Burney said. “What better way to make sure students are paying attention? He’s the greatest.”