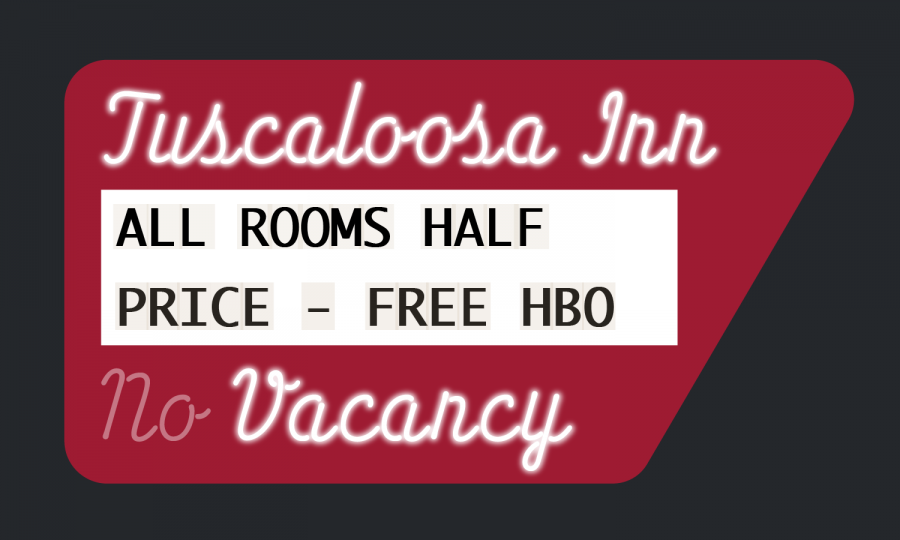 From the time students were dismissed from The University of Alabama’s campus in March until Aug. 19, the University was on the clock to work on a plan for a safe return for students and a plan to save the Tuscaloosa economy.

A 2019 study from the Culverhouse College of Business found that the University’s student body has a $609 million impact and a typical football season has a $200 million impact on the Tuscaloosa economy. This kind of spending went all around, from restaurants to boutiques, but perhaps most importantly, hotels and housing rentals.

The economic power that Alabama football carries went extremely underestimated by the University when it came to planning the policies in place for students to return to classes and how off-campus events would take place.

A lack of consistent testing from the University left officials no option but to ban tailgating for football games on campus and massively reduce the attendance capacity for Alabama football games.

This has not only become crippling to small businesses but to large-scale businesses, including the many hotel chains with locations in Tuscaloosa. A recent study conducted by the Tuscaloosa Department of Tourism and Sports found that hotels and housing rental companies have taken massive losses across the board.

Even with student move-in happening in the middle of August, hotel occupancy was down almost 20% from August 2019. There are no major events happening during the rest of the fall semester for the University: except for football games.

Without fan interaction, businesses around Tuscaloosa will see losses that they simply are not prepared for, but hotels and housing rentals will suffer the brunt of the lost economic stimulation. There are still students in Tuscaloosa that can provide some sales for retail, food and alcohol-based businesses, but without over 100,000 fans in Bryant Denny Stadium and 100,000 to 200,000 surrounding campus on a home game weekend, the economic loss is almost insurmountable. A game like last year’s top tier matchup between the No. 2 LSU Tigers and the No. 3 Alabama Crimson Tide is one that hotels look forward to every year.

“It will be an epic weekend in Tuscaloosa as we grow to well over 200,000 people in just a few hours,” Tuscaloosa Mayor Walt Maddox said in a press conference in 2019.”

This year, almost every business will not be able to look forward to games like the Iron Bowl which will feature just a fifth of fans and no tailgating whatsoever.

Overall in 2020, according to the study, revenue for hotels and rentals is down 33% – a $16 million loss – and that is just the beginning of a long three months of almost constant vacancies and no return to normalcy on the horizon.

This kind of astronomical loss falls solely onto the University’s plate. Their mismanagement of students, classes and COVID-19 testing has left them no choice but to continue the narrative of canceling everything. Small businesses across Tuscaloosa rely on the economic potential of football season and the University failed them tremendously.

There was no backup plan, there was no sympathy. With actions, or lack thereof, like these, The University of Alabama shows that they do not care about the City of Tuscaloosa.