Groups push for safe, equitable access to the ballot box 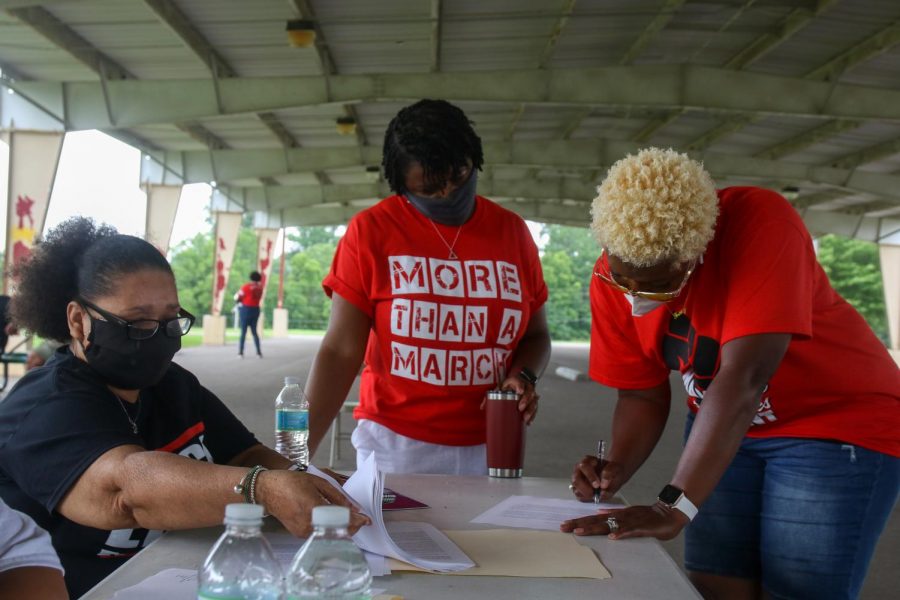 With the congressional primaries held back in March and the postponed primary runoff election held in July in light of COVID-19, Alabama and other states are gearing up for the 59th quadrennial presidential election in November amid the coronavirus pandemic.

Voter turnout across the nation is at the core of political campaigns. By operating at national, regional, state and local levels, a broad cross-section of organizations are committed to getting people to the polls in the upcoming 2020 presidential elections. These groups are using social media platforms and local events to reach out to a wider population.
YOUNG VOTERS
Organizations are targeting specifically young voters, especially those who need their rights reinstated. According to data from the United States Census Bureau for the presidential election, Millennial voter turnout saw a gradual increase in 2016, but it is still lagging behind other age groups. 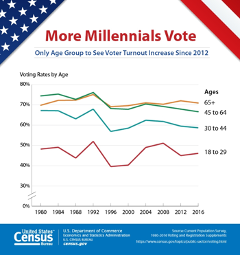 Tuscaloosa Alumnae Chapter (TAC) of Delta Sigma Theta, Inc. and the Croom foundation co-hosted “More Than a March,” a protest in response to George Floyd’s murder, to raise awareness of next steps. Voting was one of them.

“They tend to be a demographic that doesn’t see voting as important,” said Billie Kennedy, a TAC member who teaches seniors at Central High School.

Kennedy said conversations about voting are integral to her civic education class, where discussions on rights and registration – and even a guest appearance from the Secretary of State – are commonplace.

“As soon as they are ready to vote, we want them to go ahead and register and then start to actually participate,” Kennedy said.

Rev. Tyshawn Gardner, pastor of Plum Grove Baptist Church, also called attention to the importance of sensitizing the young people to the power of the vote.

“Young people have a lot of energy and passion, but very seldom do they know,” he said. “Young people will go to the polls if, for real, they find candidates they can identify with, who will advocate for the kind of issues and changes that they believe in for a bright future.”

Carla Jones, president of TAC of Delta Sigma Theta, Inc. applauded the efforts of young people who are mobilizing their peers.

“The mere fact that the younger generation is becoming more aware of what their rights are – is something that we’re also proud of,” said Jones.

However, Jones stressed the need to be ready and armed and prepared to vote.

“It’s good to be registered,” she said, “But we also have to realize that it’s our responsibility that after the fact, that we have finished marching and protesting, it’s very eye-opening that we have to get out here and vote. So, we want to also bring awareness about voter restoration. There’s a lot of confusion about who can and who’s not eligible about their voting rights restored and we want to make sure that we properly educate those people.”
VOTER SUPPRESSION
Given that voting rates vary by age and race, measures are being undertaken by different organizations and groups toward ensuring persons of color take to the polls. Racial disparities have resulted in certain persons not exercising their constitutional right to vote. 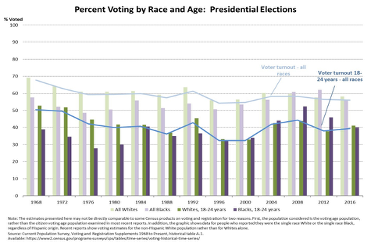 As the voting rate ticked down for Black Americans in 2016, Tracie Thomas, a reporter for TAC, expounded on the measures the organization is undertaking to make sure people who need to be reinstated get to the polls. She said the group is going to people individually to let them “know that their voice counts,” as well as educating people about the history of voter suppression.

“This event is a great effort, but this is not our only effort,” Thomas said. “A lot of people with their voters’ rights, they don’t realize that it’s being suppressed … and also we realize that our votes have been strategically suppressed … therefore educating people on things to look for when you may be a victim of someone trying to suppress your vote.”

Kennedy said that “More Than A March” was conceptualized to ramp up activists’ push for fair and just policies as a next step toward targeting particularly Black communities by mobilizing them to become registered voters.

“People who have had their voter’s rights taken because of evictions, they should know the proper steps to take so that they can be reinstated and participate in the voting process, especially as we get ready for the election in November,” Kennedy said.

Jones also raised the issue of the complicated absentee voting process, which have had a disparate impact on people of color.

“There’s a lot of confusion about absentee balloting as far as who it applies to, who it does not apply to, if it can happen in this election or whether or not it can apply in the November election,” Jones said. “So, we want to get all those questions answered as much as we possibly can.” 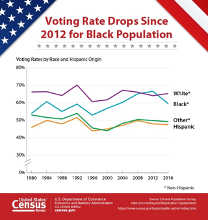 Thomas explained how the marginalization of some eligible individuals silences the voices of a whole racial group.

In a bid to ensure that reasonable voting options are put in place to capture the voices of all eligible citizens, lobby groups like Delta Sigma have put forth a petition addressed to Honorable John Merrill, the Alabama Secretary of State, to address the issue of fair and equitable voting opportunities in Alabama.

As lobby groups await state action, and as calls for stronger measures grow from a uniform and just system to gun sense during the elections, advocacy organizations are unabashedly moving forward to revamp activities and strategies to adjust to a racially- and pandemic-inflected era.
VOTER RESOURCES
Jones pointed out the disproportionate representation of Black voters and advanced further actions to reverse this trend.

“Delta is very resourceful – we realize that these are trying times, and because of COVID-19, voting is definitely going to be a challenge, however, we will do everything we can to make sure that people are going to the correct polling places,” Jones said, noting that the group is considering safe transportation services and educating at-risk voters about absentee ballots.

TAC discourages people from waiting until the last minute until voting day and pointed to resources like turbovote.org or sos.alabama.gov. These sites are reliable ways for voters to find information about their voting district and check the status of their application to make sure that their registration is correct and current

Through continuous education, dialogues and conversations with people, Thomas emphasized the need to uphold the tenets of a democratic society by disrupting the perception that some people have: that their vote doesn’t count.

“What’s that going to do?” she said. “Education and awareness is definitely monumental. The other thing is, everybody understands that they have peer influence.”

Kennedy maintained that college students could join the cause by offering rides for their peers.

“I think we really have to capitalize on this moment in time for people to feel energized to be involved in the political process,” he said.

Jones pointed out the need for each and every individual to step up their civic duty to vote.

Gardner concluded by drawing attention to the importance of identifying the right candidate for the upcoming elections.