The Crimson White • May 1, 2011 • https://thecrimsonwhite.com/6386/news/animal-shelter-in-need-of-supplies-volunteers/ 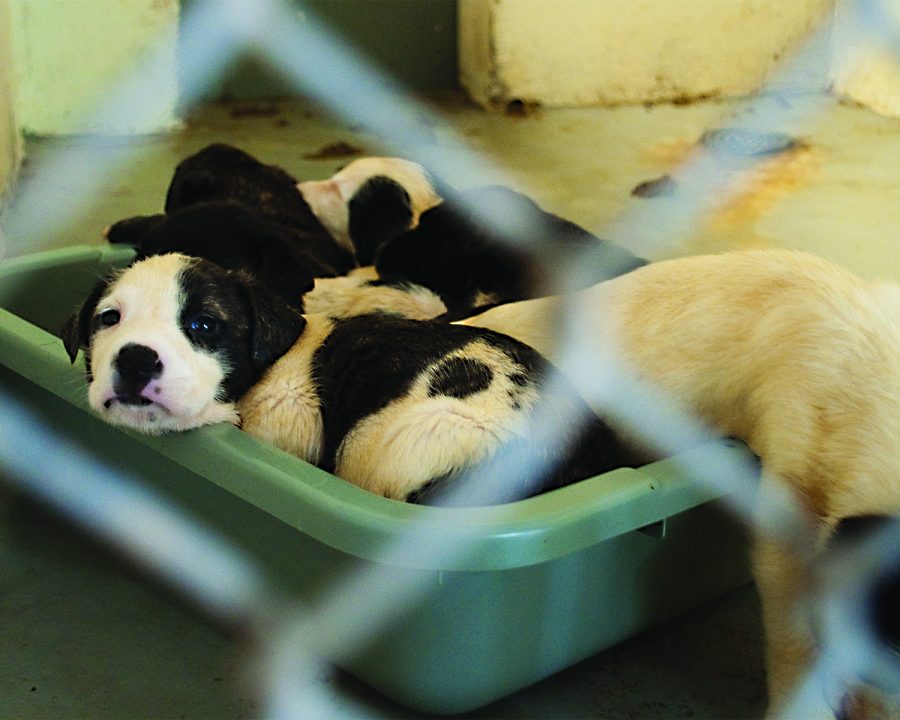 Besides searching near and far for loved ones unaccounted for in the aftermath of the tornado, owners have been scrambling to locate lost pets that may be housed in animal shelters across Alabama.

Owners looking for lost pets or looking for food supplies for their animals can visit the Tuscaloosa Metro Animal Shelter located on 35th Street.

Tuscaloosa Metro transported most of the adoptable pets brought to the shelter to the Greater Birmingham Humane Society, said Miranda Williams, adoption counselor for Tuscaloosa Metro.

The shelter, still operating without power, needs donations of ice and volunteers who can transport the dirty laundry to be cleaned since the blankets and towels cannot be washed on the premises, she said.

Owners can reclaim their pets by arriving at the shelter and identifying their dog or cat. Tuscaloosa Metro’s normal requirement of showing proper identification to reclaim a pet has been waived because the tornado has deprived many owners of their assets, including their means of identification.

“Since it’s so hectic, we just want the dogs to go back to their homes,” she said.

Tuscaloosa Metro volunteers have assisted Tuscaloosa Animal Control and concerned citizens in shipping animal food and supplies to communities across the city, such as Rosedale and Alberta, two of the hardest-hit areas in the disaster.

“At about 10:30 this morning, we had a couple of guys with a big flatbed trailer and we loaded that sucker up and they carried it out to Rosedale and Alberta, and now we’re doing it again,” said Michael Bergman, a volunteer at the shelter. “It’s been just collecting, hoarding and sending it back out.”

Stacks of dog food and cat litter have been donated from Tuscaloosa residents to feed and supply the growing number of storm-displaced pets flowing into the shelter.

“We’ve had it all the way to the ceiling,” he said. “There’s a whole other office of it around the corner. We’ve been collecting it and Animal Control is on its second or third load of carrying it out.”

Tuscaloosa Metro volunteers have converted the shelter into an ad hoc pet store, but the supplies are free for those in need.

A family with four dogs appeared at the shelter requesting dog food. Suzy Davis, a volunteer, took the initiative.

“They have their pet in their broken down home but they have no food, so I say we’re sharing,” she said. “We’re happy to share. The whole intent is for the animals that need it. This is what it’s for.”

Bergman took the spirit of generosity one step further.