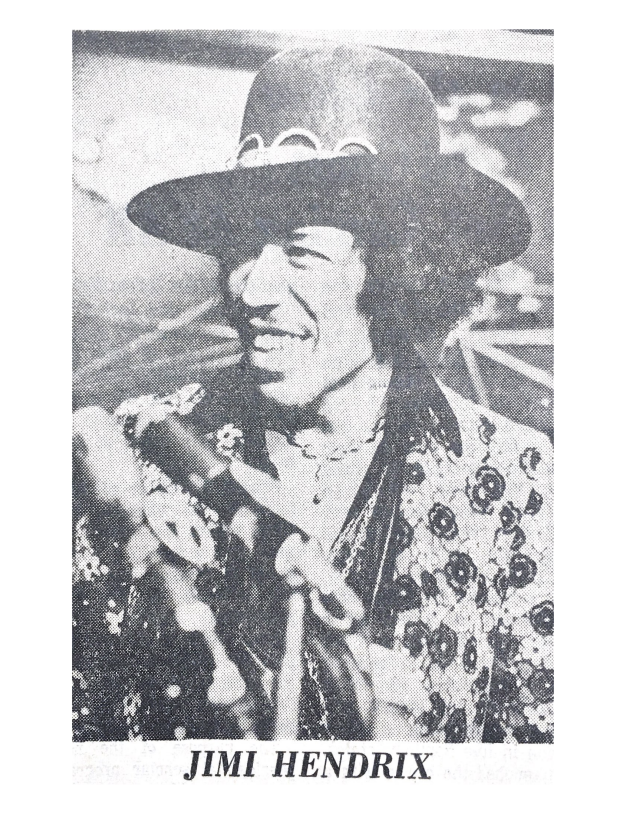 It’s one thing to admire the lineup on a poster for Woodstock in 1969 or the first Coachella in 1999 – but what about the lineup organized by University Programs back in the day? With chart data and awards stats, it’s not so hard to imagine what a similar lineup of A-list musicians would look like in 2019.

The Kingston Trio, fresh off of their first-ever single going to the top of the Billboard chart, arrived in Tuscaloosa in April of 1959. That year, they would attend the second Grammys ceremony and win their second award from the Recording Academy, making them 2-for-2 when it came to the fledgling Grammys. Their performance at Foster Auditorium, then, would catch them right at the height of their newfound fame. Despite being a single artist, Lil Nas X, with his six-month-old hit that stayed at the top of the Billboard Hot 100 for 19 weeks, is certainly the Trio’s modern-day equivalent. Though Lil Nas X’s “Old Town Road” and the Kingston Trio’s “Tom Dooley” are separated by more than 60 years, they share country-Western influences and genre-bending legacies. Lil Nas X has received six nominations for the 2020 Grammys.

Students could pick up tickets for Jimi Hendrix’s May 1969 show for $4, which would still be less than $30 in 2019. Hendrix played at Memorial Coliseum just two months before his iconic set at Woodstock. At the time, Hendrix was the highest-paid rock musician in the world, according to biographer Charles Cross, with the Jimi Hendrix Experience demanding $14,000 per minute at a Madison Square Garden show. His modern-day monetary equivalent would be Ed Sheeran, whom Forbes reports as the highest-paid individual musician of 2018. Sheeran, who typically plays 60,000+ capacity venues like Wembley Stadium, would certainly be downsizing at the then-Memorial Coliseum, which would have held around 15,000 spectators.

The foursome of Robert Plant, Jimmy Page, John Paul Jones and John Bonham came to Tuscaloosa on the very week that their fifth album reached the No. 1 spot on the Billboard charts. It was their third album to crest at the top of the charts, and the band was still riding high off the success of “Led Zeppelin IV,” with sales of 23 million units – making it the sixth highest-selling album of all time. The latest band with three No. 1 albums, including a chart-topper in 2019, is Vampire Weekend, the indie rock group helmed by Ezra Koenig. Vampire Weekend’s 2019 album “Father of the Bride” debuted at No. 1 before dropping down the chart, remaining on the Billboard Hot 200 for eight weeks. This year, Vampire Weekend embarked on a North American tour that began at May’s Hangout Fest and will continue into 2020.

When Stevie Nicks came to Tuscaloosa – Joe Walsh in tow – in 1983, it was for the second time. Nicks had previously played in Tuscaloosa with Lindsey Buckingham when they were still touring as a duo in January 1975. Their relatively unsuccessful career as Buckingham Nicks had resulted in a single album whose popularity exploded in Alabama. Though Buckingham and Nicks had just joined a British group called Fleetwood Mac the month prior, they flew to Alabama and played at least two shows: one at Morgan Auditorium and another at Boutwell Auditorium in Birmingham. In 1983, however, Nicks returned as a solo artist. She had not yet left Fleetwood Mac, but her debut record in 1981 signaled the end of days for the band. She would go on to play “Saturday Night Live” that year, not unlike 2019’s Harry Styles. Styles, who left the British pop group One Direction in 2016, released his debut record in 2017 and both hosted and played “Saturday Night Live” in November. Styles will release his second album this month.

Reba McEntire played at Coleman Coliseum for 1993’s Homecoming concert, drawing criticism from many black students at the time, according to a 1993 report by then-entertainment editor Stacey Capps. Her performance was supported by John Michael Montgomery and Brother Phelps, and she succeeded Jimmy Buffett as Homecoming performer, with Buffett taking the stage in 1992. After 10 years of trying to make it big, McEntire had broken through in 1986, with a No. 1 album on the country chart. Her popularity had continued through 1993, when she would issue her second greatest hits album and play to a sold-out crowd in Tuscaloosa. Miranda Lambert, who released an album in November, has been hard at work since she was a teenager, signing her first record deal in 2003. Where McEntire’s 1993 album peaked at the No. 5 spot on the Billboard Hot 200, Lambert’s 2019 album hit No. 4. Lambert plans to tour the record in 2020.