Alabama’s UFO Capital still has a story to tell 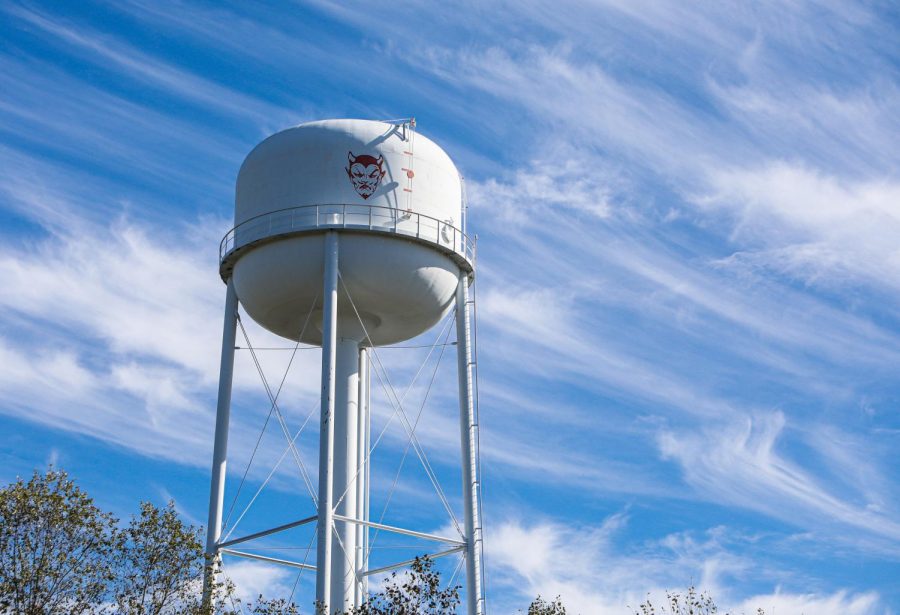 Over 30 years ago, Fred Works saw something he couldn’t quite explain. What’s easier to explain is the way that Works’s sighting changed the DNA of his town forever.

When Fred Works holds out his hands – palms down, thumbs together, index fingers touching – it’s his best attempt to approximate the shape of something he saw in the sky more than 30 years ago.

The corners were more rounded off, he said, but that’s the gist of it. A thick, charcoal-colored triangle flew through the night sky, with three lights shining back onto its undercarriage. From Works’s spot on a hillside back in February of 1989, he saw the craft glide toward him before flying overhead. And he isn’t alone.

Works’ UFO experience began earlier that Friday night, when a woman called the local dispatcher to report an immobile light in the sky. When Works got word of the call from the dispatcher, he was just ending his shift at the Fyffe, Alabama, police department. Despite his attempt to pass the call off on his boss, then-Chief of Police Junior Garmany, Works ended up coming along for the ride.

As Garmany and Works headed toward Kelly’s Chapel, their caller’s location, they spotted the light back to their left.

“[Garmany] stopped the car, and we looked at it for a bit,” Works said. “It looked about the size of a streetlight in the distance.”

After trailing the light for some time, several local police officers planned to meet up at the top of Sand Mountain, where they would hopefully get a better look at whatever was flying over Dekalb County.

They watched it fly southwest over the valley, Works said, and he thought his night of UFO chasing was “over, said and done with.” Garmany drove the patrol car back to Fyffe, with Works still keeping his eyes to heaven in the passenger seat. Then another call came, this time over the radio. A police officer in Crossville reported that a craft went over him flying “low and fast,” Works said.

With Works’ eyes on the sky, Garmany pointed the car south and found a place to pull over, in the wide, circular driveway of a local farmer. They got out of the car and took a look around.

“I turned and looked back to the east,” Works said. “I saw a craft flying, coming straight at us over the treeline.”

Works assumed it must be a plane, but as the craft neared, he realized there was something not quite right about the oncoming craft. Works asked Garmany to shut off the car engine, and the eerie quiet that followed confirmed his suspicion about the craft, Works said. It was deadly silent.

As it flew overhead, Works scanned it for identifying markings but came up empty. All he could take in was a dark triangle flying against the starry sky, so big that it would have taken holding a beach ball at arm’s length overhead to block it from his sight, he said.

Knowing there was something off about the not-plane, Works was still hesitant to consider that it was a UFO. Instead, he surmised that what others might consider a “space booger” could have been a military aircraft.

“I would think it was probably government [property] or something,” Works said. “It was probably some kind of new craft that we might know about 10 years in the future.”

Works said he hadn’t even planned to mention the encounter except, he imagined, as a “war story” passed down at family gatherings. That idea is familiar to others who’ve seen UFOs. In fact, multiple UFO-spotters have visited Works to get their stories off of their chests.

But when reporters got wind of the story, Works and the city were inundated with outside opinions and inquiries. While some spectators were purely curious, others painted the town in an inaccurate light.

“The media wanted to put words in my mouth then,” Works said. “Want to put you on camera, have a reporter come up and stick a microphone in my face. ‘So, Chief Works, you saw a flying saucer,’ and I’d say, ‘The last flying saucer I saw, my ex-wife threw at me.’”

Matt Brooks, then a reporter for Jacksonville State University’s Chanticleer, particularly rubbed Fyffe citizens wrong with his sensationalized interpretation of the sightings. Works said the writer made the townsfolk “sound like a bunch of country hicks.”

“If you’re thinking about visiting Fyffe yourself, forget it,” then-features editor Matt Brooks wrote. “The only unidentified thing around there is a brain.”

The response to the column caused the editor-in-chief to apologize for the reporter’s highly exaggerated translation of events, but the college student’s unsavory words were only one instance of upset for the town. Despite the onslaught of criticism, the Fyffe community stood by their UFO spotters.

“I appreciated that there were some people who said, ‘Hey, if Fred and Junior [Garmany] said they saw something, then they saw something,’” Works said. “‘If they told me that a chicken dipped snuff, I’d look under its wing for a snuff box.’”

UFO enthusiast Trace Booth understands the scrutiny that may encroach at the mention of mysterious aircrafts. Booth, a freshman majoring in environmental engineering, equates this attitude to a lack of open-mindedness.

“I feel like people who are just that skeptical mainly comes from a place of personal bias,” Booth said.  “Basically [they think] it’s kids’ stories or myths, but there’s a lot of things that we don’t personally know the intricacies behind, [but] we believe [them anyway].”

Fact or fiction, the response to the UFO sightings had very real repercussions.  Despite the backlash the town faced, Works remains unshakeable in his devotion to Fyffe.

“I’ll defend my community,” Works said. “We’re like anybody else. There are good people who live around here … It’s a good place to live.”