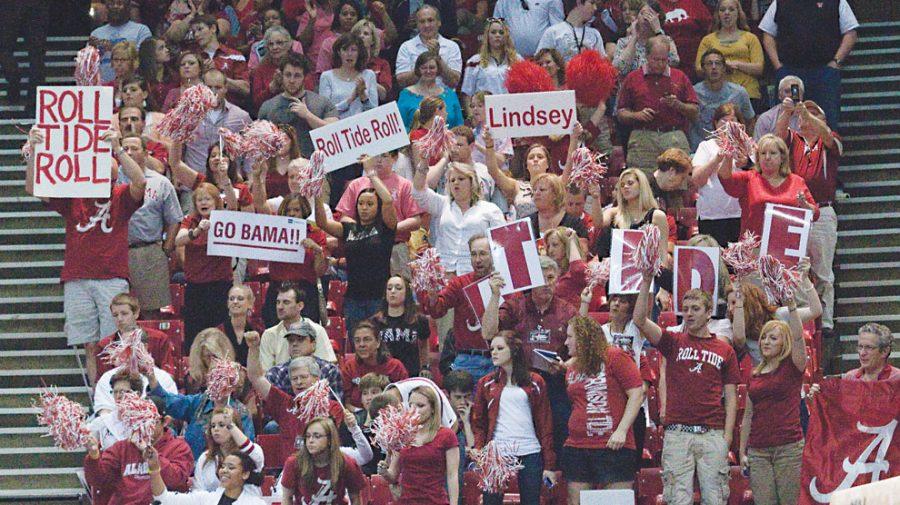 The Alabama gymnastics team has won a Regional Championship 25 of the last 28 years and has advanced to nationals each of the past 29 seasons.

That is still not quite enough for the Crimson Tide to look past the 2011 NCAA Tuscaloosa Regional on Saturday.

Perhaps Georgia’s fate last season was enough to open everyone’s eyes to the importance of regionals. The Gymdogs, who were the five-time defending national champions at the time, finished third in their regional and did not qualify for the NCAA Championships last year.

“We tell our athletes, the No 1 and No. 2 teams advance,” Patterson said. “You don’t have to be perfect. We just need to be very, very good. Everything is about making decisions toward advancement.”

The Tide has already beaten Penn State, Auburn and Kentucky this season and topped Illinois and Central Michigan in last year’s regional.

“We’re not going to take for granted that we’ve beaten these teams before,” sophomore Ashley Sledge said. “They could have had an off night that night. We could have an off night. That’s the beauty of gymnastics. Any team can win on any given day. Whoever has the best meet wins. We have to come in with the mindset that we have to do our job.”

Alabama has looked like the best team in the country since mid-season, capping off a run of impressive performances with the school’s seventh SEC Championship two weeks ago, which included defeating current No. 1 Florida.

“I would like [our team] to do exactly what they did [at SEC’s],” Patterson said. “They truly focused on what they were doing. They handled some pressure situations very well. Just to have that confidence that if somebody makes a mistake, the next person in the lineup has their back and they can recover.”

Student tickets are $3 for Saturday’s regional, which begins at 6 p.m. in Coleman Coliseum. However, because of a donation from the medalist club, the first 1,500 students get in free.

“The reason I asked the medalist club to do this is because we have had such tremendous support from the students this year,” Patterson said. “It kind of bothered me that they would have to pay to get in. I felt like that sponsorship was a really important thing for our students and a big thank you for what they have done for our team this year.”