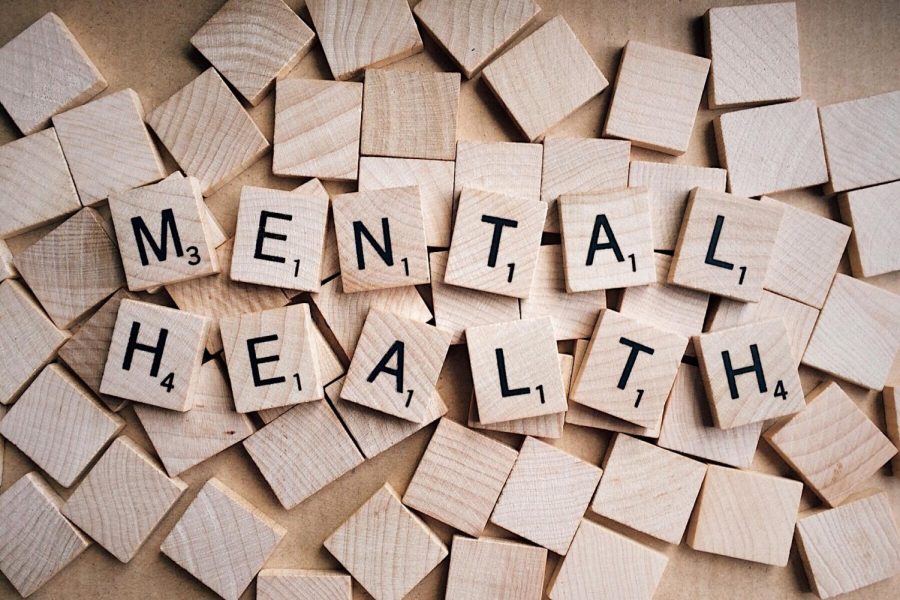 As Suicide Prevention Awareness Month comes to a close, students continue to advocate for the destigmatization of mental health.

Middle school, as most know, is terrible. For sophomore Rose Davidson, it was even worse.

“I was in a really bad place when I was in middle school, and I thought I was having a heart attack,” Davidson, who majors in microbiology, said. “I went to the doctor, and it turned out that I was having a panic attack. They were like, ‘You have pretty bad anxiety.’”

Davidson, who was diagnosed with generalized anxiety disorder at 11, didn’t know much about mental health as a middle school student. Now, as a college student with a first-hand experience of mental health stigma, she hopes that others can have a little more compassion for their friends who might be going through something.

“I’m just really an advocate for mental health awareness,” Davidson said. “Even if someone is trying to fix it with medication or therapy, it takes a long time. I finally found the right combination that works for me, but it just takes a long time. People don’t understand that.”

In Davidson’s case, “a long time” meant three years. It wasn’t until she was a high school student that Davidson was really settled into a treatment plan, and there were plenty of missteps along the way. At one point, it seemed like Zoloft might be a good fit for Davidson, but then that medication gave her depression, and she was back to the starting line.

It’s during that time of going without treatment or getting used to a new routine that people struggling with their mental health can really use some grace from the people around them, Davidson said.

“People are judgmental when someone is kind of down or a little snippy, but it’s because they don’t feel well, and they probably haven’t felt well for a long time,” Davidson said. “I know what that feels like.”

Growing up in Tuscaloosa, Davidson often felt stifled when it came to talking about her own mental health. Because Alabamians tend to be conservative, Davidson said, she had to keep her struggle with anxiety to herself. When she was first diagnosed, she didn’t tell her then-boyfriend that she was seeing a therapist because she was afraid that he would think that she was “crazy,” Davidson said. Even her grandparents thought that she would just “get over it” one day.

“It took me a while to kind of get over that [stigma] and be able to tell people that I have anxiety, and if you need to come talk to me about it … You can come talk to me,” Davidson said. “I’m fine with it now.”

The stigma and haze of misinformation that surrounds mental health conditions are part of the reason why Katherine Nordstrom, a senior majoring in psychology, has become so invested in mental health. After watching some of her family and friends struggle to recognize and treat their own conditions, Nordstrom said, she realized that the gap between physical and mental healthcare is incredibly wide.

“We have a lot of great treatment measures in medicine,” Nordstrom said.  “If something goes wrong, if you break your arm, you go in and see a doctor, and they put a cast on it. You can physically see that you broke your arm. You see that doctor, and there’s a treatment you know about. With mental illnesses, they’re way harder to recognize in yourself, and then a lot of people don’t get treatment, or they don’t know what treatments are out there.”

Nordstrom is the president of The University of Alabama’s Active Minds chapter, which advocates for the normalization of mental health conditions through group meetings and some campus-wide events. While Nordstrom advocates against mental health stigma, she said that she also worries about the number of her fellow students who bypass stigma altogether and go straight for hyperbolizing typical human emotions.

“We tend to really minimize mental illnesses when we talk about them, and I think that can be particularly harmful to people who do have mental illnesses,” Nordstrom said. “Somebody can say, ‘I’m having a bad day,’ but they choose to say, ‘This day makes me want to kill myself.’ That really minimizes the emotions going through someone’s head when they’re faced with that situation, and it can make other people feel like they don’t deserve to have those emotions, or that they’re trivial.”

As Active Minds gears up to help host “Mental Health Monologues” later this semester, a new organization is hoping to get started on campus. Madison Williams, a senior studying political science and criminal justice, has charged herself with starting the University’s own chapter of Students on Safety, whose purpose is to curb gun violence by offering mental health resources on campus, according to the organization’s website.

Williams hopes the UA chapter can do all that and more, hopefully by laying politics by the wayside and focusing on problems that require apolitical solutions. One of those problems, Williams said, is the trauma dealt to mass shooting survivors.

“I was inspired to start this group because the victims of these mass shootings do not get the attention they need,” Williams said. “We see politicians and even the shooter’s photos plastered all over the news, and I don’t think that’s right. We need to focus on the victims and their families.”

As Williams and Nordstrom work through their organizations to bring the stigma surrounding mental health to an end, Davidson continues to live out her own mission by being open and frank about her journey with anxiety. More of that open honesty from peers could go a long way to destigmatizing mental health conditions, Davidson said.

“People always listen more when it’s your peers talking,” Davidson said. “If it’s someone who is your same age, or has the same experiences as you, you’re going to listen more … If you have people from all different areas of the University, like Greek life or athletics, talking about how they’ve struggled with all of these things, then it becomes more of a universal issue.”