Dorm-dwellers and renters escape into HGTV 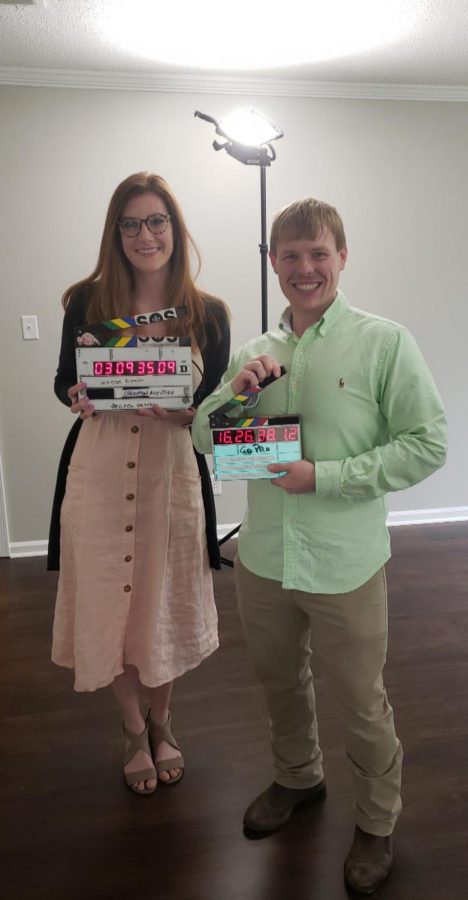 When you’re missing the home you grew up in, there’s nothing better than diving into the seemingly endless housing market as seen on HGTV—unless, of course, you can get on one of the shows yourself.

Walk-in closets, hardwood floors and granite countertops—these staples of as-seen-on-TV dream homes are a far cry from the concrete blocks and icy tile floors of a dorm room.

That sharp contrast was part of the reason that University of Alabama Law School graduate Luke Kiszla fell hard for HGTV programming when he was an undergraduate history student at UA. Kiszla, who grew up in a historic home in Mobile, Alabama, has always had an interest in home architecture, he said. So the uninspiring simplicity of student housing didn’t exactly cut it.

“My housing during undergrad was less than ideal,” Kiszla said. “My first year in the dorms was very nice, but I had zero freedom to alter my space beyond throwing up some posters like a boring freshman. Sophomore and junior years, I lived in newer complexes, but the poor quality of construction in those was evident and, at times, disconcerting. My senior year I moved back on campus in order to utilize my scholarship, and that was straight wack.”

After graduating and heading into law school, Kiszla was able to upgrade his housing situation, but like other UA students, he still dreamed of moving into a home of his own.

Junior Alexa Fisher sometimes finds herself surfing house hunting websites like Zillow, looking for a future home in a city she’d like to live in one day after she graduates with her degree in communication studies and creative media. Fisher, like Kiszla and a slew of hosts of shows on HGTV, prefers older homes, such as the circa-1950s single story house she lives in now.

“I love it so much because it has so much history and charm and it’s updated so it feels new while still having the old charm,” Fisher said. “So far it has been a great place to live and I have always wanted to live in an older house so I was excited for my first house on my own to be an older one.”

Fisher’s love for watching HGTV, she said, comes as a side-effect of watching copious amounts of the channel with her mom, but she isn’t the only student who inherited an obsession with house hunting. Challie Johnson, a junior majoring in finance, started watching HGTV with her real estate agent grandmother when she was a child. For Johnson, who is a fan of the remodelling show “Fixer Upper,” her connection with the fix-ups on screen would only grow deeper. Her parents, based in Alabama’s Morgan County, now flip foreclosed houses to make a profit, not unlike some of the entrepreneurs with shows that she loves to watch.

“Sometimes they buy houses they’ve never been inside before so it can be a little scary,” Johnson said. “I help clean them up and do yard work. I can only do pretty basic stuff, but I really want to learn how to do more. When the houses are ready, my mom and I stage them so people have an easier time envisioning what their future home will look like.”

While Johnson’s family could very well have a realty reality show of their own, Kiszla’s post-graduation plans included being a guest on a show that’s already on-air.

“Luke and I are sort of old people in that we love watching HGTV and Food Network together,” said Jayme Smith, UA law student and Kiszla’s fiancée. “I really never thought they would choose us, though.”

Kiszla sent in an application to be on the HGTV show “House Hunters” for “kicks and giggles,” Kiszla said. But that application quickly developed into an on-camera house hunt in Montgomery, where Kiszla and Smith plan to settle after Smith graduates law school.

“I’m super anxious to see the episode,” Smith said. “I’m a little worried that I’ll be super awkward on it, but the novelty of being on TV is super cool.”

Joining Smith and Kiszla on the show will be Bo Evans, a Montgomery-based realtor and Kiszla’s fraternity brother from his undergraduate days.

“The producers tell me that [the episode] should air sometime this year,” Kiszla said.