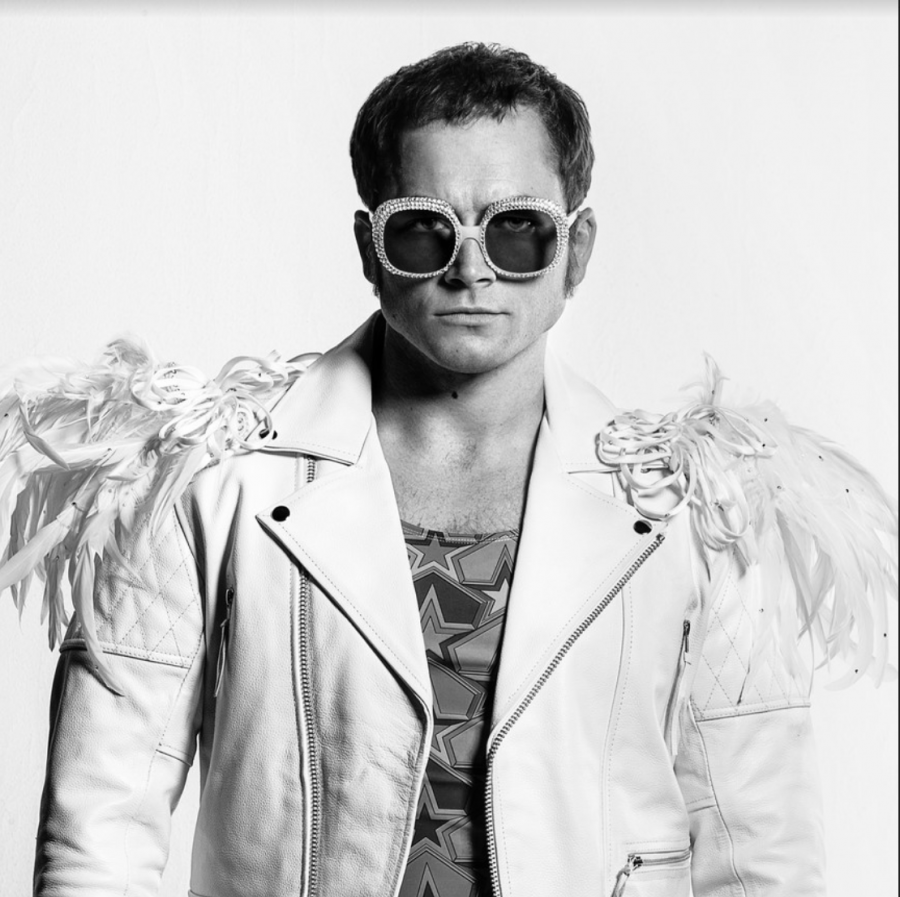 “Rocketman” and “Bohemian Rhapsody,” released only months apart, flit in and out of the same circles, ghosting past each other with no intention of meeting the other.

While Elton John is recording “Don’t Go Breaking My Heart” and, presumably, having sex with his boyfriend-slash-manager in a closet in “Rocketman,” Queen is signing with that very same manager in one of the infamously poorly edited scenes in “Bohemian Rhapsody.” Where the Queen biopic spends an excessive amount of time on stage at Live Aid, a charity gig where John first dueted with George Michael, “Rocketman” ignores the event entirely.

Though both films were directed, at least partly, by Dexter Fletcher, and both center on flamboyant showmen with storied battles with homophobia, they manage to be entirely different at the most base level.

Here’s the difference: “Bohemian Rhapsody” is a biopic. “Rocketman” is a fantasia.

When Taron Egerton first appears on screen as John, it is clear that this movie doesn’t really care about nailing down a timeline. Egerton, decked out in a tight orange-red jumpsuit with a high collar, voluminous wings and devil horns, storms into an addiction clinic without so much as taking off his heart-shaped sunglasses. He collapses into a flimsy chair in a drab room, a fallen angel stuck in the most boring purgatory he’s ever seen.

The rest of the movie cuts back and forth between John’s rise and fall, with Egerton slowly shedding his Lucifer costume for a bathrobe. Scenes are jumbled and facts are blurry and not entirely accurate, but it’s all coming from a man in rehabilitation, someone who admits to being an alcoholic before asking where he can get a drink around here.

Young John, who feels far more attention-starved than his adult counterpart, deals with cold parents who are annoyed by his presence and a burgeoning desire to be a rock and roller, donning an Elvis-like pompadour that makes him seem both silly and self-serious.

It is difficult to watch “Rocketman” without wondering how well it will do on the West End once it is inevitably adapted for the stage. Where “Bohemian Rhapsody” had songwriting scenes and concert clips, “Rocketman” has extravagant song-and-dance numbers that burn through years of time without stopping to take a breath. Even some of the camera movements indicate the meticulous staging of scenes, as cinematographer George Richmond sends the camera gliding through the Johns’ suburban home, which feels ready to be cross-sectioned and planted firmly on a Broadway stage.

The other crucial difference between “Rocketman” and its lesser predecessor is the way that the screenwriters choose to deal with their primary characters’ sexual orientation. “Bohemian Rhapsody” unequivocally frowns upon Freddie Mercury’s queerness, avoiding its nuances and opting instead for suggestions of illicit affairs and an AIDS diagnosis that fails to land with any deserved emotion.

Where Queen biopic director Bryan Singer suggests intimacy, Fletcher just shows it. The Hollywood Reporter reports that the film is the first major Hollywood production to feature a gay male sex scene, and sex on film in “Rocketman” is, frankly, more pronounced than it is in independent films like “Call Me by Your Name.”

In “Rocketman,” being gay is difficult, but it isn’t a death sentence – Elton’s relationship is wonderful, and then it’s terrible, and then it’s over. His problems, of which there are many, don’t stem from being gay. They stem from the substance abuse problems in which wealth has allowed him to indulge. Yes, his male love interest is terrible, as the love interest was in “Bohemian Rhapsody,” but he isn’t the only brand of queer love that we see in the movie.

“Rocketman” doesn’t follow the outline of Elton John’s Wikipedia page, but its flamboyant approach to retelling his story makes the film more accurate than “Bohemian Rhapsody” could ever be.