10 Year Column: When vampires had their heyday 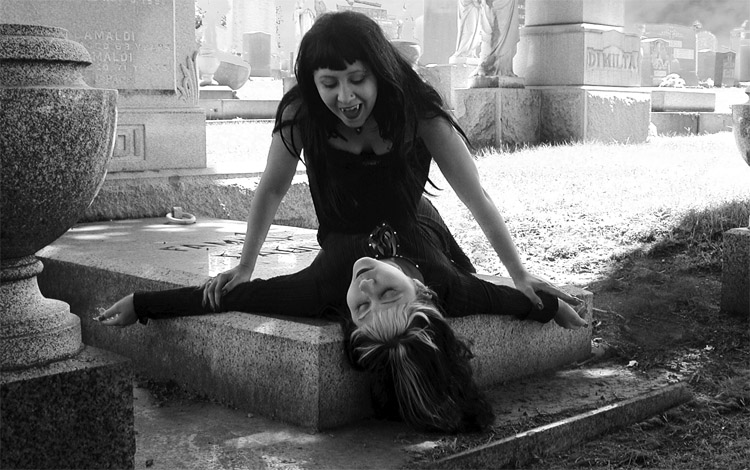 Before spooky red cloaks were made famous by their eye-catching tenure on Hulu’s adaptation of “The Handmaid’s Tale,” they were the centerpiece of one of 2009’s cinematic treasures: “The Twilight Saga: New Moon.”

The film’s box office success was a testament to just how far the public’s fascination with on-screen vampire romance could go. After all, if they were willing to sit through a more than two hour movie based on a book that mostly deals with Bella sitting alone in her room and being sad, they were game to sit through just about anything. To screenwriter Melissa Rosenberg’s credit, she manages to gloss over this months-long period with a voiceover and extended shots of Stewart looking depressed and, sometimes, screaming.

The red cloaks, of course, became relevant in one of the movie’s billion slow-motion scenes, wherein poor Stewart must charge through a park fountain in order to keep her vampire ex-boyfriend from confessing his true nature to a crowd of red-cloaked Italian tourists. That development also means that the audience is treated to an introduction to the Volturi, an incredibly creepy family of vampires who have somehow managed to look utterly disgusting despite their gift of eternal youth.

The “Twilight” series’ next three films, in combination, would go on to gross more than $2 billion over three years, but it was “New Moon” that made monetary waves. The movie earned an opening day with the highest domestic gross of all time, a title that it held until 2011, when the final installment in the original “Harry Potter” franchise knocked it out.

Also arriving in 2009 was the television adaptation of “The Vampire Diaries.” Oh, “TVD,” with its aggressively sexual vampire love triangle and cast of oversexed high school students. And fear not, if the audience was looking for more vampire-werewolf rivalry, they only had to wait a season for a wolf-boy to show up.

“The Vampire Diaries” made Nina Dobrev, Ian Somerhalder and Paul Wesley famous in the same way that “Twilight” brought its three love interests to the height of American celebrity. Vampires, with their inherent sensuality, were quick to ingratiate themselves back into popular culture for the first time since 1994’s “Interview with the Vampire.” And this popularity was much more than one gets out of a single Tom Cruise movie. This was a phenomenon. Movie theatres printed souvenir cups with “Twilight” characters on them when the new films came out. Bookstores grabbed all of the vampire romances they could find and stacked them up at the front of the store.

Don’t know what to get your teenage niece for her birthday? Get her a book about a young girl being emotionally manipulated by a 100-plus-year-old man trapped in a high school student’s body.

For those looking for something darker, the second season of “True Blood” aired on HBO, yet another series based on vampire books, in this case, “The Southern Vampire Mysteries.” This somewhat terrifying Cajun twist on the vampire romance (featuring, for whatever reason, a woman who is half-fairy) proved that even critics were not immune to vampire fever. Though scores of journalists had scoffed at the “Twilight” franchise and “The Vampire Diaries” was basically discounted before it began, “True Blood” was up for Emmys, Golden Globes and Screen Actors Guild awards. It even might have won a few of them, had it not been so misfortunate as to be nominated against awards juggernaut “Mad Men.”

Though “True Blood” was proof that a vampire adaptation could have it all, it never seemed that viewers could. The HBO drama was too gritty and bloody for some viewers, despite the appeal of its more brazen sexuality. “Twilight,” and especially “New Moon,” was so poorly acted that it was almost painful to watch Michael Sheen and Dakota Fanning put in the only real effort seen in the movie. “The Vampire Diaries,” for all of its rich world-building and model-caliber cast, was a teen soap opera, perfect for the ABC Family and CW fans, but no so much anyone else.