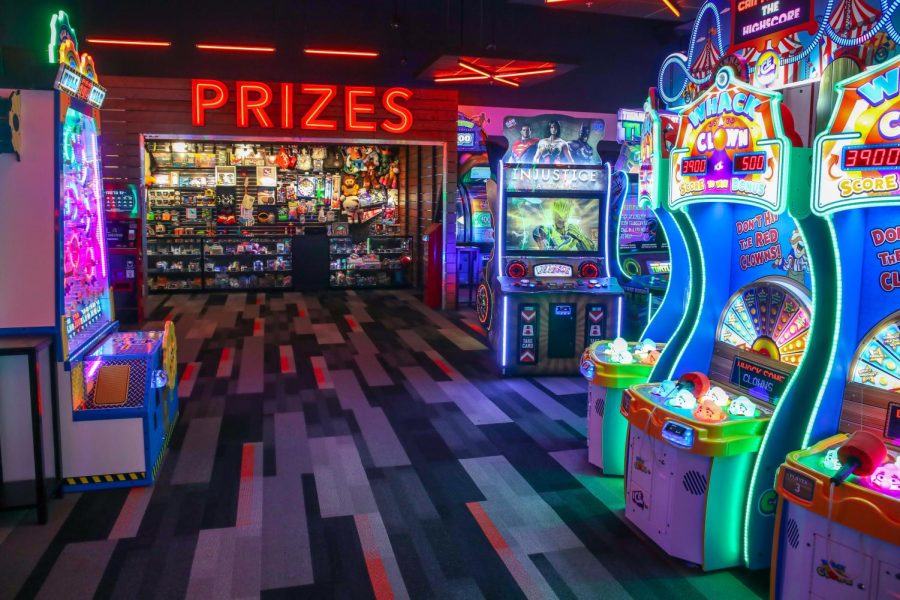 When Chuck E. Cheese ditched its classic animatronic animal band in 2017, the internet went into mourning. A set of the robots went up for sale on Craigslist. Twitter chirped with equal parts sadness and terror at the sight of dingy rocker mice. Indie musician Father John Misty posted a eulogy to Facebook that compared Chuck E. Cheese to Frank Sinatra.

It was clear that childhood memories of sticky arcade floors, animatronic rats and greasy pizza were planted deep in the minds of millennials. Now, some businesses are bringing those memories back.

The Woolworth in Birmingham and Tuscaloosa’s brand new Bowlero location are reeling patrons in with entertaining games and keeping them in their seats as they trade in 1990s Chuck E. Cheese pizza for gourmet bites.

It’s not the newest idea in the world — arcade and restaurant chain Dave & Buster’s was born of the same initiative — but these two new entertainment spots bring something new to the game: bowling.

“Entertainment, food and drinks are combined,” Annie Mouyal of The Woolworth team said. “You can bring a group of friends here for cocktails, then play games or have dinner with your family and bowl after.”

For Bowlero, it’s all about straddling the line between adult nightlife and old-school entertainment, Danielle Dziomba, public relations coordinator, said.

“Nostalgia is one of Bowlero’s big pulls, and it is very important to balance the nightlife aspect with traditional bowling,” Dziomba said. “Bowlero has amazing throwbacks from the old-school games such as billiards and beer pong to screening classic movies in center, but the heart of Bowlero will always be bowling.”

Where Bowlero brings in billiards and beer pong, The Woolworth takes it up a notch. A giant Pac-Man machine is joined by foosball, shuffleboard, ping pong and more, and the Woolworth team is well aware of the nostalgia that colors its chic game room experience.

“There is a part of us that will always be a kid,” Mouyal said. “What is better than combining your childhood favorites with a craft cocktails and delicious food?”

The Woolworth is a sister restaurant of El Barrio, downtown Birmingham’s beloved Mexican eatery, and Paramount, a bar similarly focused on integrating gaming and dining. The owners knew from the outset that The Woolworth needed a delicious, Mediterranean-inspired menu. Creating the menu took two months, Mouyal said.

“We wanted our customers to have fun without sacrificing a good meal,” she said. “Pairing arcade games or sunset on the rooftop with a delicious meal was essential. It is always a nice surprise when guests come in expecting bowling alley food, and instead get a product that is comparable to fine dining.”

Over at Bowlero, the menu has been pre-established, with the chain boasting multiple locations and five years of growth. The focus is less on individual meals and more on sharing food while knocking down pins.

“What really sets Bowlero apart from other bowling centers is the oversized shareables,” Dziomba said.

The establishment’s menu of shareables is loaded with reminders of their titular size: the Behemoth Burger, a two-foot-long Coney Mega Dog and a pretzel whose only descriptors are “XXL” and “Party.” Even the bowling alley’s sports bar offers sharing-sized cocktails.

It’s just one example of the excess that both establishments represent: bright lights, oversaturated colors and more games than a guest could ever play. For Lauren Turner, a sophomore majoring in marketing, it all seems a bit much.

“My initial opinion on going to places like that is that it’s for the social factor of, ‘I have a lot of extra money, so this is how I’m going to show it off,’” Turner said.

But while Turner doesn’t feel the draw of nostalgic nights at a bowling alley herself, she understands how it could affect others, especially families looking to hang out together.

“I could see others doing it though, as a, ‘Hey, this is similar to what I grew up with,’ and taking their kids with them,” Turner said. “Because kids today would go into a Chuck E. Cheese and wonder, ‘Is this it?’”

Bowlero’s Tuscaloosa location on McFarland Boulevard is open now, and it will celebrate its grand opening with a party on April 27 with free bowling and other specials.