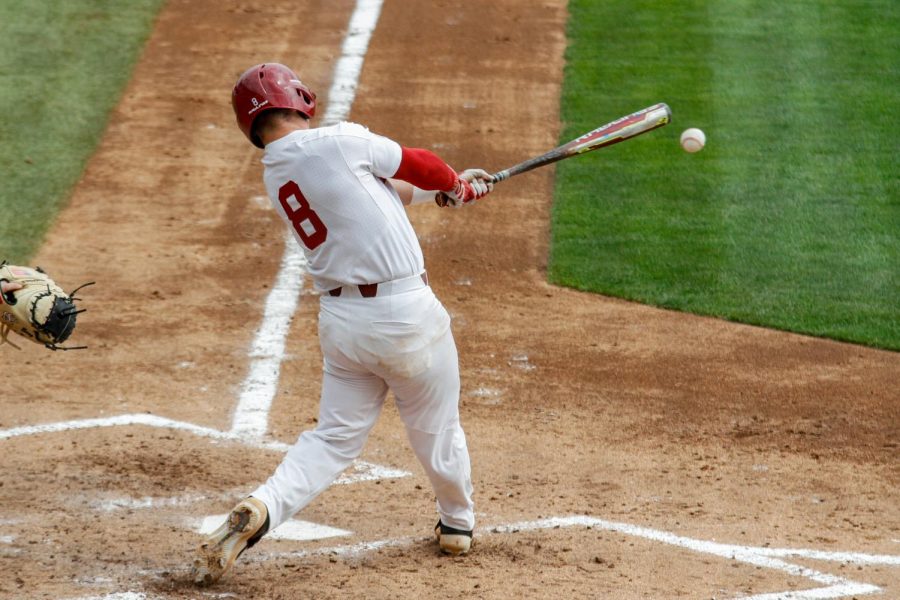 After winning both games of the doubleheader on Friday, Alabama baseball had a chance for its first SEC sweep since 2016. South Carolina ended that goal in the top of the 12th, winning 5-4.

He looked sharp at first, striking out the first Gamecock that he faced, but TJ Hopkinson, the runner on first, stole second on the out. Hopkinson moved to third on a wild pitch and scored after another wild pitch. Randolph had only thrown one wild pitch in his previous 12 outings.

Randolph threw just 10 pitches, three for a strike, and retired one batter.

“It’s the first time that we’ve used him on back-to-back days, and we extended him a little bit yesterday,” Bohannon said. “Jeremy is a grown man… He wants the ball every single day. He just wasn’t sharp.”

After scoring first in both games on Friday, Alabama faced its first deficit of the series in the first inning.

The deficit started when Tyler Ras allowed two singles, the latter scored a run once the ball got behind the Keith Holcombe in left field. The error also allowed Hopkinson advanced from first to third base.

After the error, the Gamecocks hit a third single of the inning to score Hokinson.

Two more South Carolina runs scored in the second. The frame started with a double, followed by a single. With two outs and runners still on the corners, George Callil singled to left, driving in a run, while Hopkinson immediately plated the other run in with a single to left-center field.

For the rest of the game, Alabama’s bullpen controlled the Gamecocks, as it allowed just two hits and struck out nine batters.

Casey Cobb threw the most innings out of the bullpen. In his 3 2/3 innings, he allowed two hits and struck out two.

“This was about three times in a row that he’s pitched really well,” Bohannon said. “His secondary stuff is coming on, and he’s commanding his fastball to both sides of the plate.”

Alabama started its comeback in the bottom of the third. With one out and runners on second and first, Holcombe was at bat. On the first pitch he saw, he slapped a double to right field, driving in both runs.

The Crimson Tide scored two more runs in the fifth. With runners on second and third, Morgan McCullough singled to right field, driving in the tying runs.

Alabama had chances to win the game in the ninth and 10th innings but failed to score runners in scoring position both times.

The Crimson Tide’s next game is on the road at Samford on Tuesday.