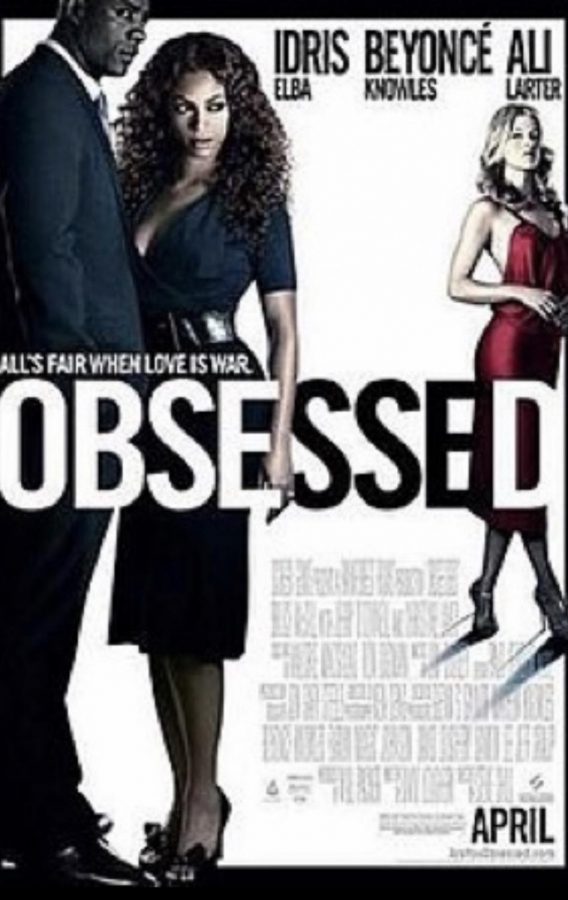 Here’s the pitch: It’s “Fatal Attraction,” but with Idris Elba instead of Michael Douglas, Ali Larter instead of Glenn Close and Beyonce Knowles instead of Anne Archer. If all that isn’t enough, add in Knowles nearly getting strangled to death before forcing Larter through an attic floor. Sounds like a tawdry delight, right?

And a tawdry delight it is. “Obsessed” earned deserved awards buzz for such prestigious awards as the MTV Movie Award for Best Fight and an equally deserved 19 percent score on movie review aggregator Rotten Tomatoes.

The movie, released in April 2009 and directed by television pro Steve Shill, follows Lisa Sheridan (Larter), a temporary assistant at a firm where Derek Charles (Elba) has made a name for himself. For reasons unknown, Lisa develops a romantic obsession with Derek, creating a strain on the relationship between Derek and his wife, Sharon (Knowles).

Elba, Knowles, and Larter are all convincing in their respective roles, but the story of “Obsessed” is flimsy at best. Take Larter’s Lisa: Lisa is hopelessly in love with Derek, despite his constant rejection. Her titular obsession is never explained and hardly explored. It remains unclear if Lisa knows that Derek is not in love with her. Larter’s seductively conniving looks are either a sign that Lisa knows she’s framing Derek for an affair they never had or evidence that Lisa believes their love is 100 percent real.

Larter, who truly gives everything that she has to the role, is betrayed by screenwriter David Loughery, who peppers in little-to-no backstory about Lisa. Lisa, despite commanding just as much screen time as Beyonce’s Sharon, doesn’t get even half of the contextualization bestowed upon Sharon. The audience gets three basic notes about Lisa: she has a sister; she’s a temp; and she would very much like to have sex with Idris Elba. This feels like a description of a lot of women.

Larter’s dedication to Lisa’s craziness falls flat simply because there is no depth below her performance. Why does Lisa continue to chase Derek–at her own expense–when he so clearly wants nothing to do with her?

As for Elba, his strong and stoic leading man is about half as interesting as a cardboard box. Derek, who seems maybe-but-perhaps-not-quite to be attracted to Lisa, refuses to give into her repeated attempts at seduction. That may be all well and good for the marriage between Derek and Sharon, but his moral compass does nothing but derail the film before it even gets to chugging along. It robs Lisa of a motive to continue chasing Derek and forces the audience to believe in the relationship between Derek and Sharon, which, frankly, is barely there.

Knowles and Elba, for all their good looks and undeniable charm, are utterly lacking in interpersonal chemistry. In two different scenes, references are made to the mirror built into the ceiling of the master bedroom in the couple’s newly bought house. Sure, it’s an awkward smile in the theatre kind of joke, but there is no believability to the desire between the two of them. At best, they seem like two friends who have a kid together. At worst, there’s nothing there at all.

When Sharon kicks Derek out of the house for betraying her, their months-long separation does nothing but make Sharon seem incredibly unforgiving, seeing as Derek is completely innocent of infidelity. Knowles is stuck inside of a one-dimensional good girl character who isn’t even allowed to be entirely likeable. Knowles herself sank time and money into the film, with her production company Parkwood Entertainment billed as one of two production companies on the movie.

It’s rare that the phrase, “Poor Beyonce,” is relevant, but with the pop star’s potentially last starring live action role being in this movie, it’s safe to say: Poor Beyonce.