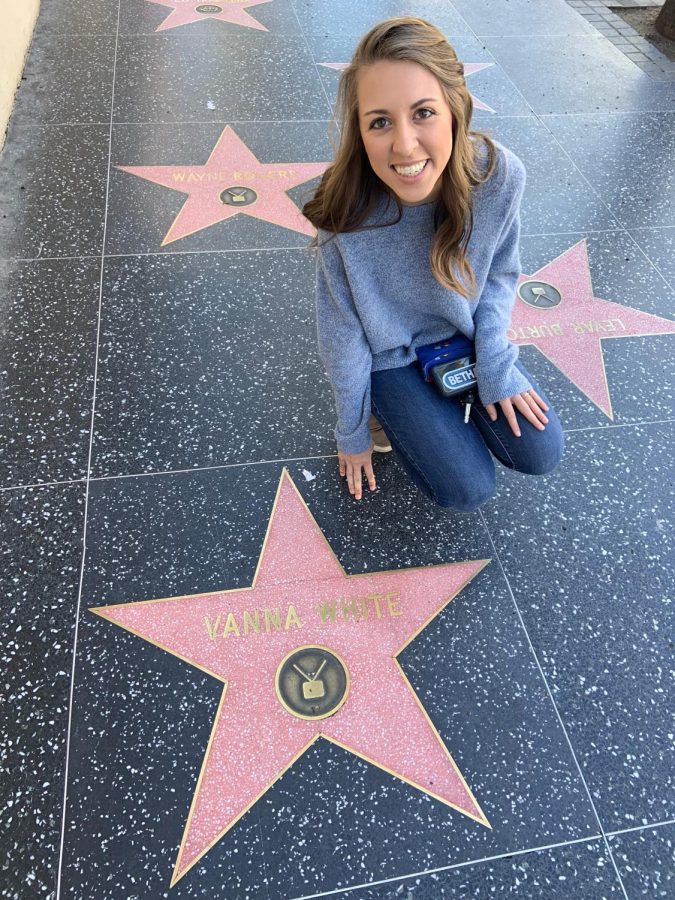 At the 2018 College Football Playoff National Championship, Tua Tagovailoa cemented his legacy as a UA student by throwing a game-winning pass in overtime. On Friday, Bethany Patterson, a sophomore majoring in marketing, joined Tagovailoa as the engineer of one of Alabama’s greatest comebacks.

Patterson, much to her own shock and excitement, spun and won big on Friday’s episode of “Wheel of Fortune” with 0.1 seconds on the clock.

“It definitely went better than I’d hoped for or expected it to,” Patterson said.

The Million Dollar Band member won the primary portion of the game before proceeding to the bonus round, where she won $62,200 in cash and prizes, including a Volkswagon Golf GTI. Patterson, who will soon receive her winnings, said she looks forward to taking her new car out for a test drive.

Though Patterson was told she would have the chance to appear on the 44-year old game show just two weeks before flying to the television studio in Los Angeles, she’d been training for the opportunity her entire life. The Patterson family, as it turns out, are major Wheel of Fortune fans.

“This past summer, when I went home after my freshman year, we watched it a lot,” Patterson said. “We could get pretty competitive with it, too.”

So when Patterson’s dad suggested that she apply to be a contestant on “America’s Game,” it didn’t take much convincing. After sending in a video audition through the show’s website, Patterson headed to Nashville for an in-person audition. After that audition came an acceptance letter that Patterson said sent her over the moon.

“She nonchalantly told me that she had sent in an audition video earlier in the semester to be on the show, but as soon as she got a letter saying that she was selected to go to LA, she freaked out and told me,” said Gracie Crowley, Patterson’s roommate and a sophomore studying communicative disorders. “When she told me, I honestly wasn’t even surprised because she’s such an adventurous and spontaneous person. That’s one of the many things I love about her.”

Ahead of her turn on “Wheel,” Patterson learned that she would be participating in the college-themed week, pitting her against students from Georgia and Tennessee. Luckily for Patterson, the show filmed on a Friday, allowing her to skip town without worrying about missing much in her classes.

“It all just kind of fell into place,” Patterson said.

When it came time to make her television debut, the Mississippi native boarded a plane with her dad and headed to Los Angeles, where she got a crash course in contestant-hood and saw some classic California landmarks, including “Wheel” hostess Vanna White’s star on the Hollywood Walk of Fame.

The contestant coordinators, Patterson said, were responsible for easing the 15 college students into being on set. After arriving early in the morning, Patterson learned the game rules and the best strategies for spinning the giant wheel in front of her. The coordinators also prepped Patterson for her brief interview with host Pat Sajak, which Patterson said was the most nerve-wracking part of the day.

“After that [interview], I was just trying to play the game and enjoy it,” Patterson said.

Though her big win, which included $27,000 in cash, came as a surprise to Patterson, she went to Los Angeles with goals for her time on the show.

“My number one goal was to try and enjoy the experience,” Patterson said. “Regardless of what happened, it was a pretty cool experience. My second goal was to win enough to cover travel costs, and luckily I did both of those things.”

Though Patterson was aiming low, her friends had a pretty good idea of how her episode would turn out. Hannah Payne, whom Patterson knows through Baptist Campus Ministries, said her friend’s success came as expected.

“I know [Patterson] is smart and good at puzzles, so I was not surprised that she won, but was super happy she did,” Payne, a junior majoring in chemical engineering, said. “She is sweet and a great friend and definitely deserved the win. I think she was a great person to represent Alabama on national TV.”

Patterson, who plans to pay her tithes and taxes before spending her cash winnings, was elated after correctly guessing the bonus clue, but the cherry on top came in the form of some encouraging words from a “Wheel” employee.

“After I won the bonus round, I went to the side of the stage,” said Patterson. “One of the crew members there told me, ‘Nick Saban would be proud.’”