Women shine in leadership at the Capstone 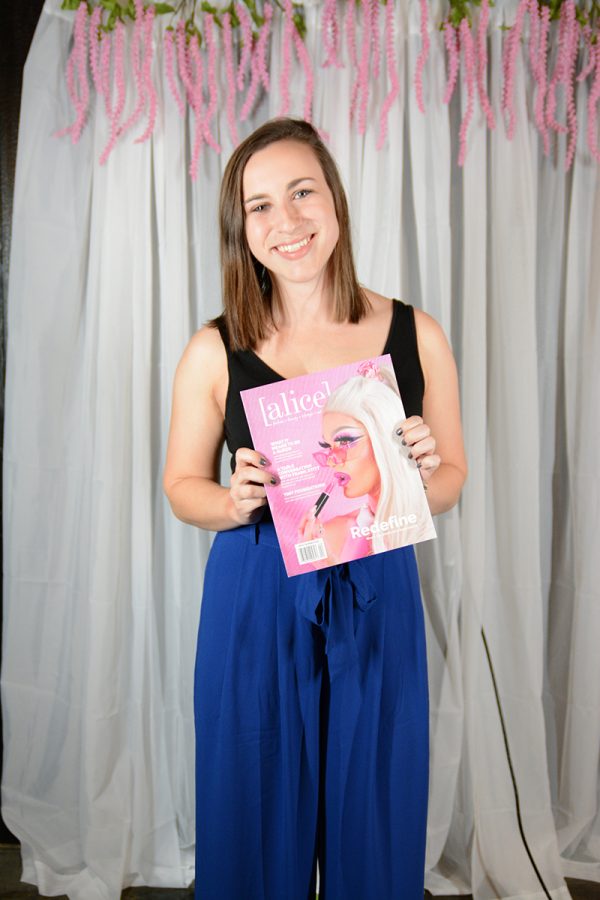 Rebecca Rakowitz is the editor-in-chief of Alice. CW/ Keely Brewer

Some people choose their major because of their hobbies. Others choose based on the classes they loved in high school. For Rebecca Rakowitz, it was baptism by fire.

Rakowitz, a senior majoring in journalism, was working for her Connecticut high school’s newspaper when an unbelievable story landed in her lap.

“My principal and assistant principal were arrested for knowing about a sexual relationship between a teacher and a student and not reporting it,” Rakowitz said. “So I learned a lot being on the paper at that time.”

That unlikely catalyst propelled Rakowitz into becoming a student journalist way ahead of schedule, and she has maintained that status at the University of Alabama since her arrival. Rakowitz, who is currently the editor-in-chief of Alice Magazine, has also worked for The Crimson White, Mosaic, and Parents Magazine.

“There’s only so much you can learn in the classroom,” Rakowitz said. “The journalism school does a great job of preparing you to work for these publications, which then teach you all of the things that you can’t simulate in a classroom.”

Women students took over the majority of UA’s population in 1989, the same year that the student body elected the first female student government association president. In the 20 years since, the campus has seen few other female SGA presidents and a single university president. The SGA executive board for the 2019-2020 school year features two female members out of a possible seven.

Despite their relative under-representation in on-campus politics, many women on campus are taking on big responsibilities elsewhere.

Amber Chan, a junior studying geography, has a full plate this semester. Chan is a board representative for the Worker Rights Consortium, the president of UA’s Students for Fair Labor, an assistant in the campus cartographic research lab, and an organizer with United Students Against Sweatshops (USAS).

Though Chan describes labor organizing as one of her primary goals on campus, her passion for fair labor practices is relatively new. Chan first became familiar with USAS when a friend invited her to a fair wage disruption at the Supe Store during her freshman year.

“I didn’t really have any previous exposure to labor organizing or even what that looked like,” Chan said. “I really didn’t know about a lot of the injustices that garment workers face or the pushback from union organizing, and stuff like that.”

Her work with USAS and Students for Fair Labor led Chan to serve on the board of the Worker Rights Consortium, a non-governmental watchdog for laborers’ rights, requiring her to attend meetings in Washington, DC, three times per year. Those meetings put her in the same room with influential university administrators and international representatives from other non-profits.

Chan’s activism, she said, has been one of the most important parts of making her college experience truly educational.

“A lot of times when kids are isolated from campus involvement, it makes it really difficult to make connections with other people, and it also makes it difficult to find different opportunities,” Chan said. “If it wasn’t for USAS and Students for Fair Labor, I wouldn’t have half of the awareness that I have now.”

Alex Cherry, a senior majoring in telecommunication and film, agrees that making connections with other students is key. Her work with the Center for Public Television and the Black Warrior Film Festival has been integral to completing her college experience.

“I think getting involved on campus is just the most important thing,” Cherry said. “I learned about Black Warrior [Film Festival] from my classes, and I learned about my job from someone in Black Warrior, and I think that knowing all these people and these different groups… I’ve been able to bridge those worlds.”

Cherry recognizes that her extracurriculars are heavily film-oriented—even the podcast that she co-hosts in her free time is about superhero movies—but that’s the point.

Cherry has also seen work experience within her classes, where she is often required to create short films with her classmates. The relationships she’s made during those projects are the foundation for her post-graduation plans. Cherry, who will graduate in May, plans to share a house in Atlanta with some of her classmates as they all look for work in the film industry.

The opportunities awaiting Cherry in Atlanta are plenty exciting, but the downside of graduation is leaving her tight-knit film community behind.

Rakowitz, too, has mixed feelings about leaving Tuscaloosa, but the show must go on.