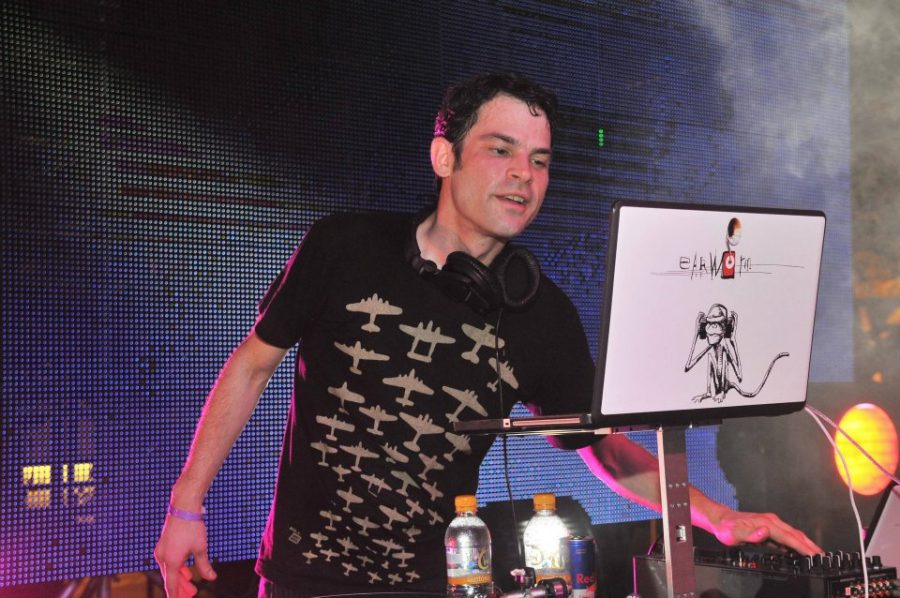 In 2007, Jordan Roseman decided that he was going to create a year-end remix. Using Billboard’s top 25 songs of the year, Roseman crafted his review of a year’s worth of pop music in less than six minutes. Then, for whatever reason, he kept at it, titling each song “United State of Pop,” with the respective year tacked on at the end.

Roseman, who publishes the songs under the name DJ Earworm, finally received recognition for his work in 2010, when his 2009 remix went viral. The song, called “Blame It on the Pop,” took its name from “Blame It,” a 2008 collaboration between Jamie Foxx and T-Pain. The song fused pop titans and softer newcomers. The song was a retirement party and a first day of school: two Black Eyed Peas hits coexist alongside Lady Gaga’s first singles: “Poker Face” and “Just Dance.” At the song’s most balladeering moments, Beyoncé’s “Halo” is layered with Miley Cyrus’s “The Climb.” The remix also includes Kanye West, Flo Rida, Katy Perry, Soulja Boy, The Fray and Kings of Leon.

Five artists appear in more than one song: T.I. had two hits that year, “Dead and Gone” and “Live Your Life,” featuring Justin Timberlake and Rihanna, respectively. Beyoncé charted with “Single Ladies (Put A Ring On It)” as well as the more heartfelt “Halo.” Taylor Swift began to establish herself as a pop heavy-hitter with “Love Story” and “You Belong With Me,” two songs from Swift’s second album. That album, “Fearless,” was released less than six months after Swift’s first, and it made a sharp pivot from the country charts to the Billboard Hot 100. And, of course, Gaga and the Peas arrived on the charts in style in 2009, with multi-platinum albums spawning multiple top singles over multiple years.

Though 2009 was full of top-of-the-line popular music, the virality of “Blame It on the Pop” is about more than good songs being squished together, and it’s about more than Roseman’s ear for sound mixing; the whole mashup is greater than the sum of its parts because it carries the weight of a decade on its back while still alluding to pop hits yet to come.

Songwriter and verified pop deity Max Martin’s work is featured twice in the remix, via Katy Perry’s “Hot N Cold” and Kelly Clarkson’s “My Life Would Suck Without You.” Martin had his first number one in 1999 with Britney Spears’ “… Baby One More Time,” and he proceeded to receive songwriting credits on five more number one hits through 2009. Since then, Martin has had an additional 16 number ones. His success is part of the secret Swedish pop music invasion, a revolution as pivotal as the British Invasion though not half as recognized.

Martin (and his American disciples, Dr. Luke and Savan Kotecha), Lykke Li (and her American husband, Jeff Bhasker), RedOne, Shellback, Tove Lo and Icona Pop have ripped out the sugary sweet bubblegum center of American pop music and replaced it with something dark and scandalous, something that adds depth and danger. It’s that priority that results in such sultry, anthemic albums as Ariana Grande’s “Dangerous Woman” and P!nk’s “Funhouse,” rather than the ice water-pure pop of Madonna or the jangly pop-rock of The Beatles. The Swedes have instigated a return to the days of Phil Spector, producing pop music that thrums with electric orchestrations, pop music that is so full of sound that it seems like it could burst at the seams.

Even the number ones not written by the Swedes were certainly affected by their reign of dark pop. The Black Eyed Peas’ “The E.N.D.” gifted the band several hit singles after years of producing more underground hip-hop, and the slick, wall-of-sound pop production of the album harkens back to the glory days of Spector, modernized into Swedish-inflected electro-funk.

It’s this depth that joins together the 25 songs on “Blame It on the Pop,” though notably the saccharine Beyonce and Cyrus ballads are swirled together in their own verses. The songs in the remix are more than the artifice of a pretty voice and a hi-hat. A full verse of the remix layers together the many songs that simply include the word down, with vocals literally tumbling down the scales, dragging the listener to the floor to explore the full depths of the song.

As for the future, Martin’s next hit makers would include Katy Perry and newcomer Taylor Swift, on whose album “1989” he co-wrote half the songs. Lady Gaga’s two measly hits would become 11 top five Billboard singles from six albums and one soundtrack. The Black Eyed Peas would disappear from relevance, and Miley Cyrus would completely separate herself from her “Hannah Montana” image and embark on a successfully brash solo career.

DJ Earworm may never match the successful blend of sounds in “Blame It on the Pop,” but it won’t be his fault. Pop music may have peaked at the exact moment he did.