Music Column: Women strike back at the Grammys 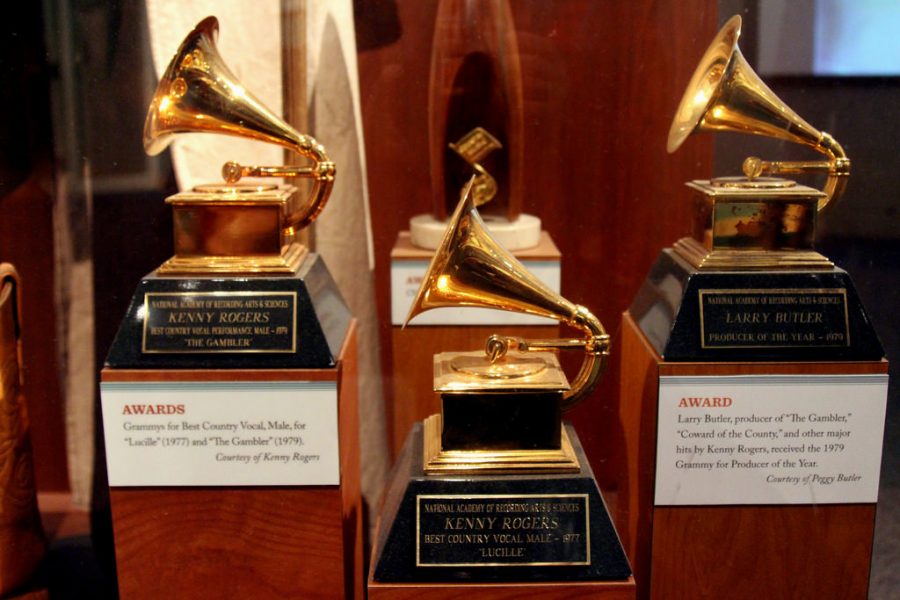 t’s been one year since Recording Academy President Neil Portnow waged war on women in music, and on Sunday night, it was clear as to who had won out.

In 2018, the only female solo artist to win a Grammy during the telecast was Alessia Cara. In response, Portnow told women they needed to “step up.” During Sunday’s telecast, Drake and Childish Gambino were the only male performers to win awards, with women winning the remaining six televised awards, including Kacey Musgraves’s triumphant Album of the Year win. Not only were women stepping up, but Portnow was stepping down: the telecast featured a very brief tribute to the former record producer, who will retire from the Recording Academy in July.

Women dominated both the awards and the performances at this year’s ceremony. The show started with Camila Cabello performing her hit single “Havana” and quickly transitioned into the introduction of the evening’s host: Alicia Keys. Keys herself would later perform a melody of songs from prior awards season that had inspired her, a change from the ways of her immediate predecessors: James Corden, who hosted in 2018 and 2017, and LL Cool J, who hosted from 2012 to 2016.

Standout performances were helmed by women, including the likes of Cardi B and Janelle Monáe, whose performance of “Make Me Feel” featured an interpolation of other songs from Monáe’s nominated album, “Dirty Computer.” Monáe, a born performer and Prince protegé, danced and sang through the song with a fleet of beautifully costumed dancers. She was later joined by dancers wearing the yonic pants popularized by her Grammy-nominated music video for “PYNK,” perhaps a reminder that Monáe has considered mass-producing and selling said pants.

Though the collaboration between Lipa and Clark doesn’t make much sense on paper, the execution was flawless. The two women performed a mash-up of “Masseduction,” the St. Vincent track that won Best Rock Song Sunday night, “R.E.S.P.E.C.T.” and “One Kiss,” the Dua Lipa song usually performed as a duet with Calvin Harris. Both dressed in monochrome and crowned with sleek black bobs, the pair resembled a musical yin-yang symbol, curling and sliding around each other onstage. Lipa’s vocals were strong, and Clark’s trademark guitar style was particularly—and wonderfully—angular. Only minutes later, Lipa won the Grammy for Best New Artist.

The most forgettable turns of the evening went to male performers: Travis Scott dragged James Blake and undeniable legend Philip Bailey onstage for mere moments before launching into a lackluster, crowded performance of “No Bystanders.” Post Malone and the Red Hot Chili Peppers had the most ill-conceived collaboration of the night, though the shaky duet between Shawn Mendes and Miley Cyrus was not far behind.

Another notable performance came from Diana Ross, who performed a medley of her songs that was punctuated with spoken commands to the audience, including: “Don’t be lazy,” said in regard to the lack of audience members waving their arms in the air, and “Happy birthday to me! Happy birthday to me,” shouted over a month before Ross’s actual birthday.

Four tribute performances were also sprinkled into the three-hour ceremony: Dolly Parton took the lead on her own tribute, which sported Little Big Town, Miley Cyrus, Maren Morris, Katy Perry and Kacey Musgraves. The “in memoriam” segment was capped with a heartfelt farewell to soul monarch Aretha Franklin, sung by Yolanda Adams, Fantasia and Andra Day. Lalah Hathaway, who was nominated in three R&B categories, saw her father, Donny Hathaway, honored with a performance of “Where Is the Love?” from Parkwood duo Chloe x Halle.

The fourth tribute was a salute to Motown, featuring host Alicia Keys and guest Smokey Robinson—but bizarrely helmed by Jennifer Lopez. The choice not to spotlight a black artist during the salute to the Detroit music scene immediately drew criticism from viewers on Twitter.

Overall, the wins and performances made a solid case for Grammys progress. It was only two years ago that Beyonce’s “Lemonade” fell to Adele’s “25” in all of the major categories, sparking outrage and confusion from Adele herself. And when talking about potentially racist Grammy snubs, Kendrick Lamar’s unbelievable loss to Taylor Swift in 2016 also comes to mind.

But this year, Childish Gambino snagged two of the night’s three big awards: song and record of the year. The Grammys, who had only one woman take home an award on the telecast in 2018, bumped it up to six in 2019.

Maybe, if we’re lucky, it’s the Grammys who are ready to step up.