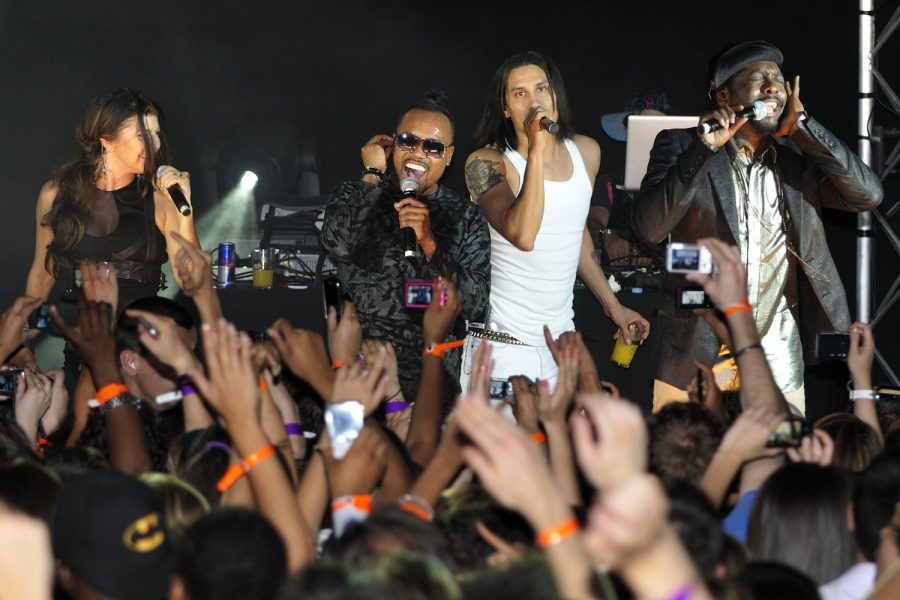 That band was The Black Eyed Peas: an alt-hip-hop foursome comprised of Fergie, will.i.am and their two friends: apl.de.ap and Taboo.

With a stack of six singles, two number one hits and an album that spent 38 weeks in the Billboard top 10, the Peas held the top spot on the chart from mid-April into October. “Boom Boom Pow,” the band’s lead single, rocketed to the top of the pops in just four weeks, an impressive feat in a decade where number-one debuts were reserved for “American Idol” alums and Britney Spears.

The band’s next single, “I Gotta Feeling,” slid up to number two, making the Peas one of 11 performers to hog both the first and second spots on the Hot 100. Another song, “Imma Be,” hit the number one spot for two weeks in 2010.

The album that spawned those singles was titled “The E.N.D.,” subtitled “The Energy Never Dies.” It was a huge tonal shift for the band, as it pivoted from the rhythm charts and made a grab for its seat at the pop music table. They hadn’t much commercial success until the addition of Fergie in 2002. The next Peas album, “Elephunk,” was anchored by Fergie’s talents in the studio, and it carried their first major hit: “Where Is the Love?”.

Six years later, the band released “The E.N.D.,” which leans heavily into EDM sounds and abandons any semblance of traditional R&B. In a year full of Lady Gaga and Flo Rida, the album was destined for success.

The record is front-loaded with the hits: it kicks off with “Boom Boom Pow” before delightfully transitioning into “Rock That Body,” a much less successful single. “Body” dominated charts in France, which makes sense, considering that it is a deliriously electronic, David Guetta-produced dance track.

The song begins with an earworm of a hook, sampled from “It Takes Two,” the Rob Base and DJ E-Z Rock smash hit from the late eighties. It then spirals out into layered theatrics, complete with a chipmunk-esque pitched up vocal from Fergie.

The album also boasts “Meet Me Halfway,” which peaked at number seven on the Hot 100. “Halfway” slows the album to a ballad pace while still keeping with the thrumming pulses and funky guitar that characterize the record. Fergie takes her time with the lead vocals on the track, and the result is rich with sensuality and loneliness.

She takes her cue from the new-wavy sounds of Madonna, drawing out the word “borderline” each time it cycles back in the lyrics. The homage is direct and unavoidable, but Fergie sounds more like a Madonna worshipper than a Madonna impersonator. The other three members of the band join in at the verses and the bridge, but “Halfway” belongs to Fergie.

The Black Eyed Peas would follow up “The E.N.D.” just one year later with, you guessed it, “The Beginning,” which contained zero number one hits. The band then went on hiatus, briefly came back and almost immediately lost the star of “The E.N.D.”: Fergie.

And so goes the story of the respectable alternative band gone pop: one big album, one big flop and one new band member, who didn’t even make the cover of the band’s latest album. After 2009, it would near-impossible for the Peas to return to an era of alt-R&B jams, but without Fergie, they are incapable of climbing back up the charts.

Ten years later, and the Peas have peaked and pitted, forever locked away in the closet of pop has-beens.