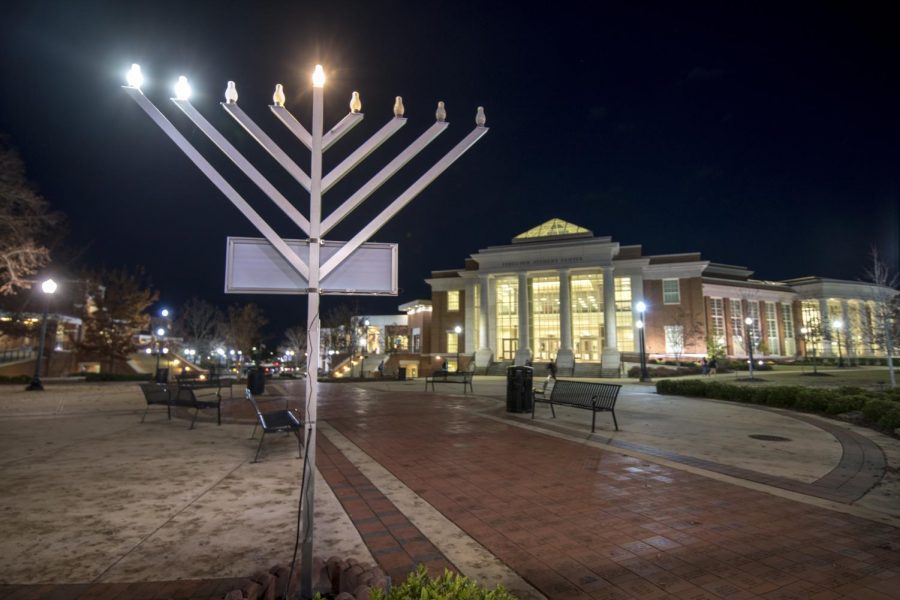 Bárbara Dias, a senior majoring in journalism and international relations, has her New Year’s Eve all planned out – even down to her underwear.

“New Year’s in Brazil is really, really big,” Dias said. “You have to wear white, and they have this tradition that your underwear, depending on the color, can bring something better to your life.”

Red underwear heralds a year full of passion, pink looks forward to love, white signals peace and green beckons a year full of luck. This year, Dias has elected to wear yellow, which will hopefully bring her a year of economic bliss. After all, Dias said, she has tuition bills to pay.

When Dias heads back to her family’s home outside of São Paulo after exams, she looks forward to a month of reconnecting with her family. They will celebrate Christmas right at midnight, gathering together for a feast large enough to serve her parents, brothers, aunts, uncles and numerous cousins.

“Christmas in Brazil is very similar to the Thanksgiving spirit that you guys have here,” Dias said. “It’s more about just spending time with your family.”

Dias is not the only student who is excited to spend the holidays with her distant family. Sophie Strohmeier, a graduate student studying creative writing, plans to catch a few flights in order to see her loved ones this December.

Strohmeier will first fly up to New York City to visit her mother, then jet off to Hamburg, Germany for a visit with her brother and his family. It’s a far cry from the Christmases of her childhood, which she spent in Austria, where she was raised.
Wednesday would have been an entirely different day were Strohmeier still a child; Dec. 5 is Krampus Day, when Santa Claus’s more vindictive counterpart, Krampus, supposedly punishes bad children by whipping. Krampus sometimes carries a switch made of sticks or drags chains behind him.

“As children, we spent most of that day reckoning and drawing inventory of anything bad we’d done that year,” Strohmeier said. “Krampus was so scary that if you heard the dragging of chains through school hallway that day – a prank played by particularly gruesome older schoolchildren – you just knew one or two unfortunate first graders had just wet themselves.”

Because Strohmeier’s mother is American, her childhood Christmases were often a blend of two cultures. In the Austrian tradition, the Strohmeier family would erect their Christmas tree on December 24 and wait for the presents to appear.

After a family walk outside, gifts would arrive courtesy of the Christ Child. Then also on Christmas Day, as an acknowledgement of their American roots, a few treats would be waiting for the family in the morning.

Now that Strohmeier is an adult, the holidays are a little different. Last year, Strohmeier met her family in Brooklyn, New York, where they had a meal and watched the latest Star Wars movie together. However, Dias’ experience with an American Christmas was more indulgent.

“I got so many presents, more than in my entire life,” Dias said. “Usually I would just get one present, but this was like an entire floor of presents.”

Though the presents were impressive, Dias said she still missed her Brazilian Christmas Eve traditions, the importance of which she hopes to pass down to her younger family members. Now, Dias said, she’ll be expected to bring home presents for the rest of her family.

Another student adapting his holiday traditions for adulthood is Maxime Vignon, a doctoral candidate in French and linguistics. Vignon, originally from Benin, Togo, said Christmas is a holiday traditionally reserved for children in West Africa. This year, Vignon will head home to celebrate Christmas, but he isn’t expecting a sleigh-load of gifts.

“Only the children are entitled to a Christmas gift,” Vignon said. “Since I am no longer a child, I lately have been celebrating the New Year, which is the holiday reserved for adults.”

Just like Strohmeier and Dias, Vignon’s holidays have changed since moving to the United States, but he hasn’t lost the traditions that colored his holiday as a child.

“Still, when I go back to Africa, I get back to the old tradition,” Vignon said.