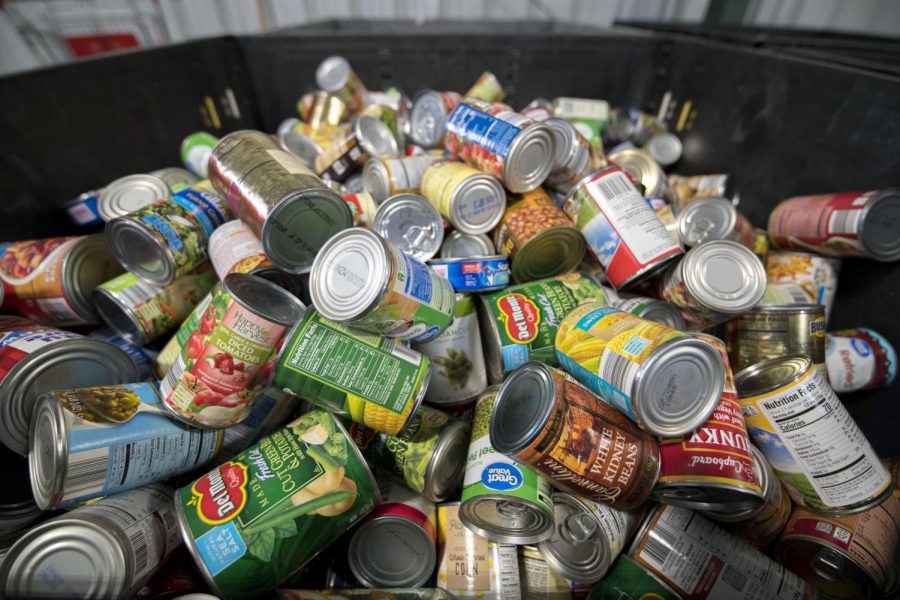 The holiday season is all around Tuscaloosa. Thematically decorated trees line the Black Warrior River. Christmas music plays over the speakers at Walmart. Salvation Army Santa Clauses stand guard over grocery stores. The wintry holiday season is also the season of giving, and in Tuscaloosa, there are many people to give to.

More that 36,500 people are living in poverty in Tuscaloosa County, according to the United States Census Bureau. That is more than twice the amount of people it would take to fill the seats of Coleman Coliseum. Almost 24,000 of those people live in the city of Tuscaloosa, making up 23.9 percent of the city’s population.

Tuscaloosa’s poverty rate is nearly double the United States’, but there are people who are ready to help.

The West Alabama Food Bank sits on McFarland Boulevard in Northport and it is responsible for the red Beat Auburn Beat Hunger food drive cans that dot campus leading up to the Iron Bowl. The food bank also accepts donations of food during regular business hours, and monetary donations can be made on the food bank’s website. Each dollar donated translates into six meals, according to the website.

Those donations go toward the numerous outreach programs that the food bank provides, such as Secret Meals, which provides bags of food to students who rely on the free and reduced lunch programs in public schools. Woodland Forrest Elementary School students benefit from the secret meals program, which fourth grade teacher Rachel Hill says is an integral part of supporting her students.

“The partnership between the food bank and schools is crucial,” Hill said. “There is a high need of support in our community, and I am personally grateful for the food bank’s continued support.”

S.D. Allen Ministry and Missions, an offshoot of Calvary Baptist Church in Tuscaloosa, is working on furnishing the homes of people in need. As of October, the nonprofit had served 219 families in 2018. S.D. Allen’s current emphasis is #OffTheFloor, as the organization works to supply families with beds.

“One of their main goals is to specifically provide beds for families,” Branna Burns, Calvary’s youth & families creative director, said. “We’re doing a special push this Christmas season, but there are needs throughout the year.”

As their Christmas drive ramps up, S.D. Allen is currently in need of twin mattresses and twin bedding. The ministry also accepts monetary donations through its website.

Also providing crucial aid to the Tuscaloosa community is Temporary Emergency Services, whose aim is assisting people in crisis. This includes Christmas assistance, recovering after a house fire and funeral expenses. TES works with student organizations on campus, including Circle K and the Public Relations Student Society of America, and is always looking for opportunities to collaborate with other student groups.

TES allows for donations via its website, as well as donations of food, furniture and clothes in good condition at the TES office on 15th Street. TES also encourages those interested in volunteering to fill out its online volunteer application and email the staff to get involved.

UA students also have a few favorite nonprofits of their own.

Alabama Public Radio employs interns during the fall, spring and summer, giving aspiring radio journalists the chance to gain experience on campus. Because APR is an affiliate of National Public Radio, it operates on less advertising revenue than a typical radio station. APR allows for donations on its website, and those with operational but unwanted cars can donate through the CARS program.

For students who don’t have the financial resources to donate to a local charity this year, there is always Student2Student meal donation, which allows students to donate meals from their meal plans to those who can’t afford it. The Student2Student widget is available via the student tab on MyBama.