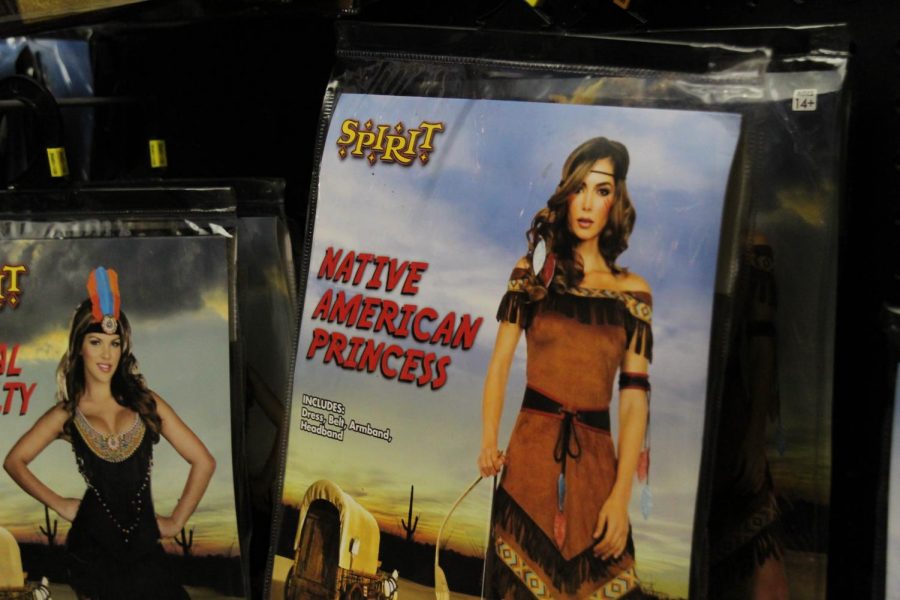 As Halloween approaches, the time has come for picking out a costume. The possibilities are endless between strolling down the aisles of a nearby costume shop or surfing through online catalogs. Superheroes and villains, angels and demons, nurses and zombies – Urban Outfitters even sells an “Influencer Halloween Costume Set” for those looking to channel Kylie Jenner.

One debate that comes to light around this time of year is the difference between a fun costume and cultural appropriation. Delaney Murphy, a freshman majoring in social work, describes the effects of cultural appropriation as adopting “culture from a minority,” and “claiming it as one’s own.”

That basic understanding of cultural appropriation is something Teryn Shipman, a senior majoring in political science, wishes more people had. Shipman works with the Intercultural Diversity Center on campus and she said people can be insensitive to cultural appropriation because they want to seem “cool.” Shipman said black culture specifically is appropriated because people don’t realize that what is on trend was actually taken from someone else’s cultural identity.

“If you look at people like Kim Kardashian, they are tanning their skin darker,” Shipman said. “They’re wearing cornrows and stuff, and when people call them out about it, they make excuses. People don’t see it as an issue at all. They see it as a trend.”

Kardashian is not alone in being criticized for cultural appropriation. As recently as 2016, actress Hilary Duff and celebrity athletic trainer Jason Walsh attended a Halloween party in a controversial couples costume that featured Walsh in face paint and a Native American headdress. The incident coincided with the Standing Rock Sioux tribe’s protest of the Dakota Access Pipeline. Duff later apologized on Twitter, writing that the costume was not “properly thought through.”

The insensitivity Duff apologized for may come from a lack of empathy, Murphy said.

“I think people don’t see it as a problem, because it doesn’t affect them personally. I think our culture has a lot of issues with having empathy for people unlike ourselves,” Murphy said.

“I think it’s ridiculous that people think it’s okay to dress up as something when there’s such violent history behind it all,” Murphy said.

Catherine Brunson, a sophomore majoring in business, said the debate surrounding cultural appropriation and costumes boils down to a difference in opinion.

“People have many different opinions about these topics because we try to say what is socially acceptable and are too afraid of what other people think,” Brunson said. “It is important to be respectful of everyone’s opinion, but that does not mean we have to agree with them.”

As for Shipman, she has a message to students considering costumes that appropriate other cultures.

“I would just really strongly suggest that people are cautious of the things that they’re wearing,” Shipman said. “Be considerate. If there’s a question of it being appropriate or being something that is offensive, I would definitely say, ‘Don’t wear it.’”

According to Time magazine:

Most popular costumes of 2018 are the video game Fortnight, Travis Scott and Ninja, a famous video gamer
Other popular costumes include Spider Man, various superheroes like Wonder Woman and the Incredibles, unicorn, rabbit, witch and dinosaurs.

According to Nylon magazine:

Offensive costumes in the past couple years