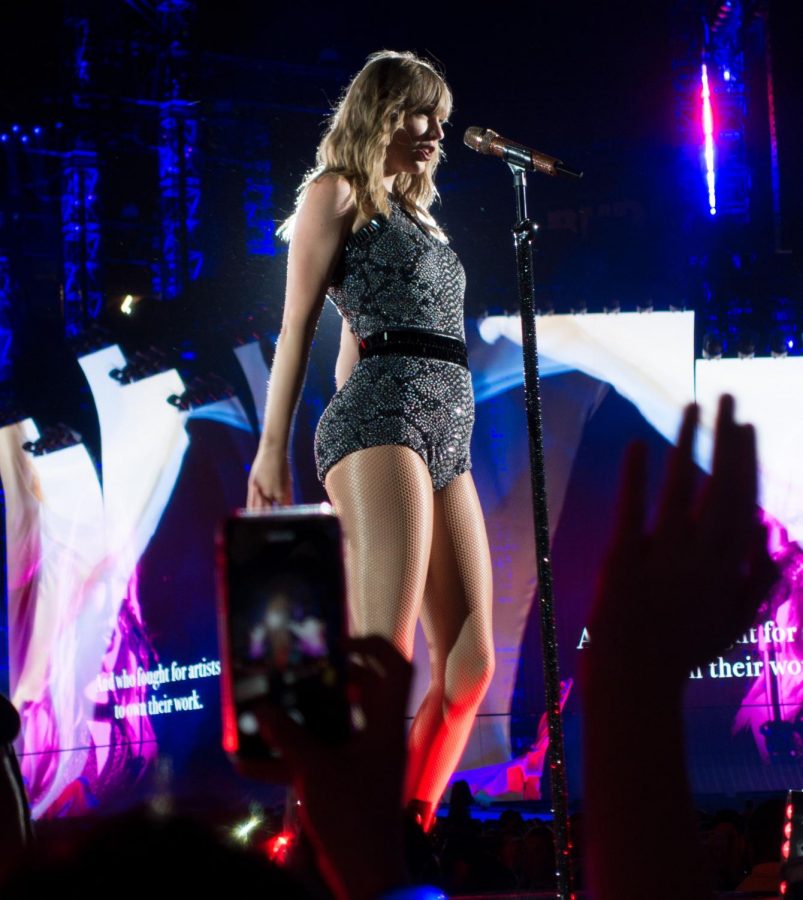 Millions of people saw the same image on their screen last week. Taylor Swift, clad in casual flannel, peering out from the frame of an instant Polaroid. It wasn’t the image that captivated these people, but rather the nearly 400-word caption, which denounced Tennessee senatorial candidate Marsha Blackburn and called for everyone over the age of 18 to register to vote.

After Swift’s post, voter registration spiked to 65,000 in a 24-hour period, a Vote.org representative told Buzzfeed News. However, one UA professor warns that those numbers could be misleading.

“There were probably some – or even many – who were motivated to register to vote after seeing Taylor Swift’s Instagram, but I would be careful to attribute the entire spike to her post,” said Jessica Maddox, a professor in the journalism and creative media department.

Maddox, who specializes in online viral content, doesn’t deny Swift’s influence. Those aforementioned millions who saw Swift’s post are far from irrelevant, and Maddox said the access fans have to Swift through social media makes her message even more powerful.

For some students, Swift’s influence doesn’t mean much at all. Madeline Beyer, a freshman majoring in computer science, registered to vote as soon as she could and said Swift’s post didn’t impress her much.

“I don’t think she did this because she has a huge platform, because she could have done it in the past when she had an even bigger platform,” Beyer said. “I was already registered to vote, and my friends didn’t care.”

Beyer said she didn’t need Swift to remind her to vote. In fact, Beyer said her parents set a voting example from a young age, taking time away from work to volunteer at the polls. Beyer said it was that example, along with her teachers, who instilled in her the importance of voting.

“One of my teachers set aside a whole class period for the League of Women Voters to help us register to vote,” Beyer said.

Clay said what drives each student to vote is different, but it’s crucial to integrate voting into the student’s life.

CVP works directly with schools, and Clay said James Madison University is an example of successful normalization. The school now includes updating a student’s voter registration on their student housing move-out checklists. It’s a change Clay said makes voting a given part of each student’s life.

Clay said the responsibility of making voting painless should fall to the university, not the student.

Swift is definitely not the first celebrity to dive into politics on social media. Actress Alyssa Milano used Twitter to champion the #MeToo movement, originally created by Tarana Burke, and advocated for victims of voter suppression, and many others, from Chrissy Teigen to Roseanne Barr, have used their online presence to make waves. Even Beyoncé, who was once critiqued for being apolitical, has been publicly engaged in politics since dropping her 2013 self-titled album.

Swift, too, has been criticized for her silence on politics in the past. A 2016 report from Broadly’s Mitchell Sunderland said Swift’s silence is a blank screen onto which white supremacists can project their own views. The Daily Stormer, a right-wing, neo-Nazi blog, that had previously praised Swift as an “Aryan goddess,” now describes her as a “fat election-meddler.”

If the primary goal of Swift’s Instagram was to shake off her far-right supporters, then it may have gotten the job done. As for convincing young people to vote, the jury is still out.