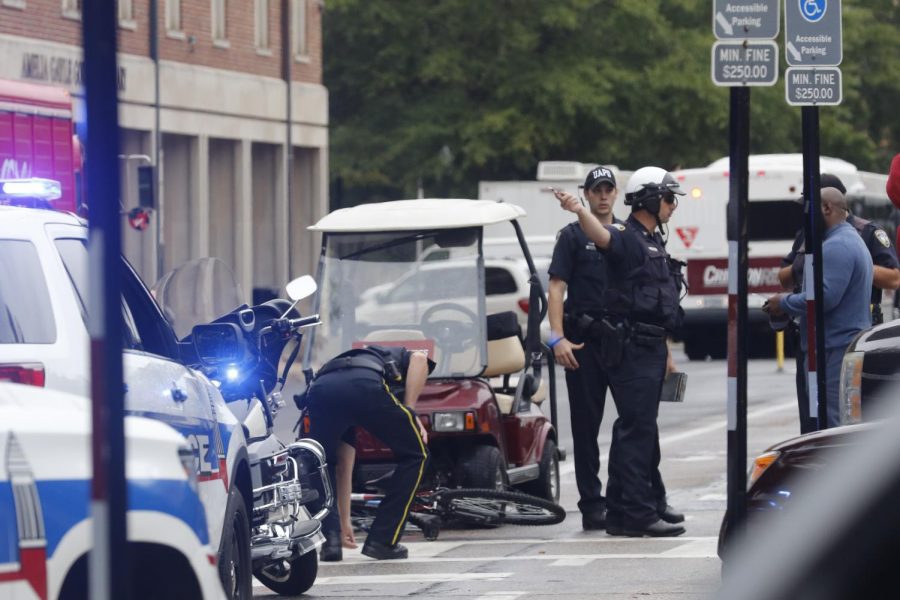 A student was injured around 9:10 a.m. during a collision with a golf cart driven by a University of Alabama employee according to an emailed statement from Chris Bryant, assistant director for the office of media relations.

“The cyclist, who was later discharged from the DCH Regional Medical Center’s emergency room, was traveling in a pedestrian crosswalk near the intersection of Capstone Drive and 7th Avenue, according to UAPD. The bicyclist turned into a bike lane on Capstone Drive, colliding with the golf card that was eastbound in the bike lane along Capstone Drive, police said,” Bryant said in the email.

Traffic was temporarily diverted after the accident, and the driver of the golf cart did not report any injuries.

University bicycle policy, as defined by bamaparking.ua.edu/bicycle, requires cyclists to “walk their vehicles in pedestrian areas.”