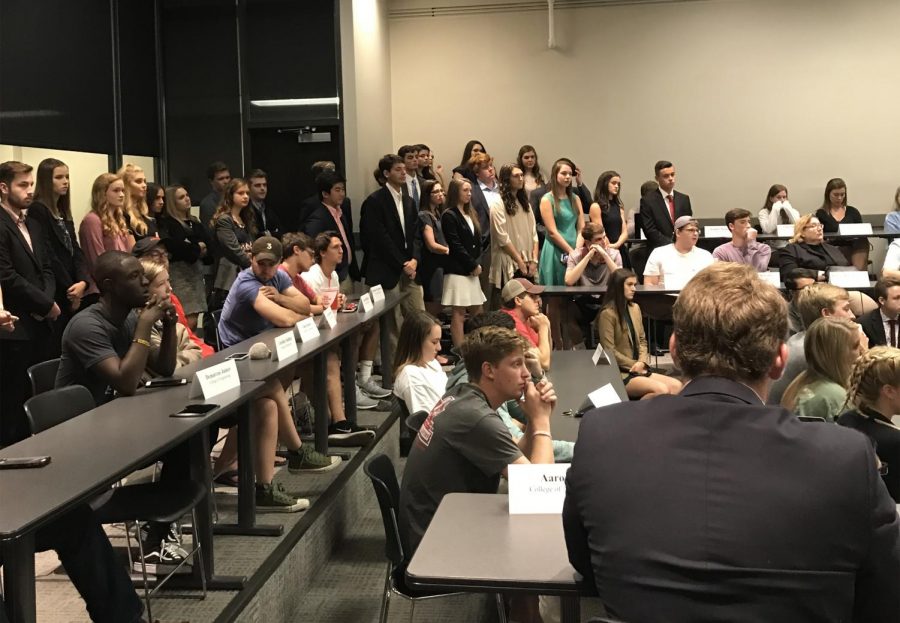 Sen. Brooks Payne, a sophomore majoring in communication studies, said one objective he had for the SAFE week legislation was to spread the word about the center across campus.

“This would help get the word out on our social media platforms,” Payne said. “They’re building their stride on campus hopefully, and I think that will get into many people’s line of view.”

Payne also said this legislation will prove that the University seeks to connect with the Tuscaloosa community.

“The University is not its own thing,” Payne said. “It helps with everything around it.”

Payne said he will contact administrators at the SAFE Center about how the SGA can continue to help them make the most of the annual SAFE week.

“I’m hoping to make it an annual thing,” Payne said. “It’s going to be a week of promotion social media-wise.”

The First Year Council also welcomed a new class of 65 students and confirmed them during the Senate’s meeting.

Speaker of the Senate Talor Allen, a junior majoring in political science, said the confirmation of these councilors is critical because they will serve in the SGA after those currently serving.

SGA Deputy Chief of Staff for Policy Abigail Kappelman and SGA Director of Greek Academics Abigail Gorbett gave remarks on identifying critical success factors contributing to academic achievement among Greek organizations at the University.
The Senate confirmed First Year Councilors with no objection
Act A-36-18, the SAFE Week Act of 2018 was introduced and passed in the Senate without objection