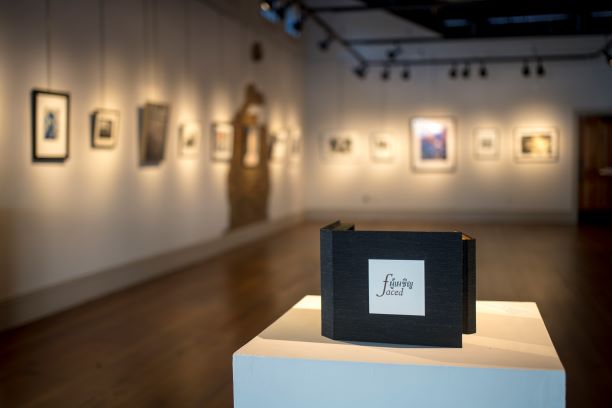 ‘Mother of Alabama Art Photography’ is a title that can only belong to one person. The past students of Gay Burke, a 42-year UA professor who died in 2017, say the title was rightfully hers.

Burke is said to have made a lasting impact on not just her students, but the whole of art photography in the state. Burke started at The University of Alabama in 1973, and she soon became the only tenured professor in the school’s predominantly male photography department. Her work has been displayed at more than 80 national exhibitions, according to the UA Department of Art & Art History.

“In many ways [Burke] is responsible for bringing art photography to Alabama and raising the profile of photography as an art form throughout the South,” Wayne Sides, a former student of Burke, wrote in a 2013 essay.

Burke herself, in a past statement, described photography as “magic—pure and simple.”

That magic is the foundation of two exhibits that will run Oct. 5-26 at the Dinah Washington Cultural Arts Center in downtown Tuscaloosa. The Arts Council Gallery will house 40 of Burke’s own works, a retrospective display aptly titled “Gay Burke: The Mother of Alabama Art Photography.” The University of Alabama Gallery will play host to a collection of works by Burke’s students. “Butterfly Effect: Honoring the Legacy of Gay Burke” will feature artists influenced by Burke’s teaching.

Three of Burke’s photos, all gelatin silver prints, are on display at the Birmingham Museum of Art. Several of her photos taken with Walker Evans, a documentary photographer known for his work in Alabama, are a part of the Walker Evans Archive, which has been housed in New York’s Metropolitan Museum of Art since 1994.

The 40 photos that will be displayed at the Cultural Arts Center have been chosen by three of Burke’s closest friends, according to Rachel Dobson, the visual resources curator in the department of art and art history. Some of the photos have never been shown before.

“Butterfly Effect” will showcase artwork from 36 of Burke’s former students. Featured photographers include several working artists and local professors from Jacksonville State University and the University of Montevallo.

Those students have described Burke as a peerless educator and an inspirational source of wisdom. Several, including photojournalist Michael Palmer, say that Burke encouraged them to see photography as an art form.

“She taught me to look deeper and see further,” Palmer said.

Other exhibitors praised her openness and creativity, qualities that inspired many of them to pursue education and professional photography.

“Gay’s influence on my life has been immense, immeasurable and can still be felt on a daily basis… She was the first person in my life to urge me to consider myself as an artist,” Selma-based photographer Kathryn Mayo Winter said.

Friday night, an opening reception-cum-reunion will be held for exhibitors and spectators alike. A one-time sale of hundreds of Gay Burke’s prints will follow the opening reception, which is also in the Cultural Arts Center. All proceeds from the sale will go to fund the annual Gay Burke Memorial Fellowship in Photographic Arts.