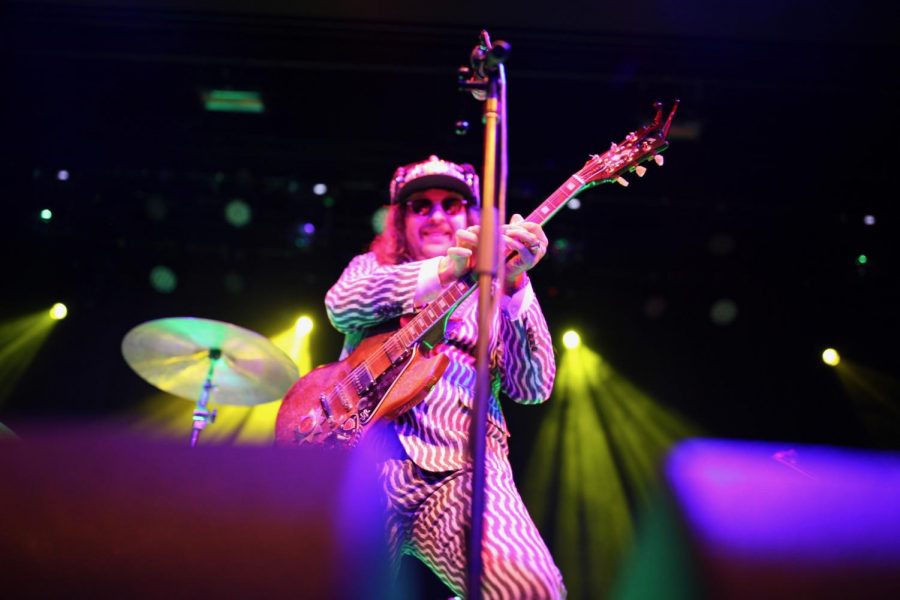 If you happened to cruise down 22nd Street South in downtown Birmingham at around 7 p.m. on Wednesday night, you might have been surprised by the line of people wrapped around the building. Comprised of young, old and those in between, it was a line of people waiting to see Father John Misty.

Father John Misty, of course, is a stage name. The man behind the proverbial mask is Josh Tillman, best known for drumming with the band Fleet Foxes from 2008 until 2012, when he left the group to pursue a solo career.

Tillman’s Birmingham concert was just one stop on an international tour to support his fourth album, “God’s Favorite Customer.” “Customer” is a near-perfect synthesis of Tillman’s work so far, a reflection of his early career’s lighthearted and love-drenched tone mingled with the existential nausea of his 2017 album “Pure Comedy.”

The setlist was a smörgåsbord of Tillman’s four albums under the FJM moniker—17 songs chosen for the main event with a four song encore. The audience was engaged at every turn.

Even during the performance of “When The God of Love Returns There’ll Be Hell to Pay,” whose live version is fraught with bouts of silence, was rewarded with claps and cheers of agreement after each chorus.

Tillman’s most dynamic performances happened when he got rid of the guitar and engaged with the audience. During the final song of the evening, “Date Night,” Tillman prowled the lip of the stage, positing each line of the song as if it were a conversation he was having with the crowd. “Do you wanna go to the park?” Tillman sang to someone in the third row, gesturing over his shoulder amid a visual cacophony of flashing red lights.

Tillman split his time evenly between sides of the stage, collapsing to the ground in false agony on stage right in the middle of the set before delivering the same treatment to the other side. Truth be told, Tillman’s version of dancing would be better described as flailing, which he did a lot of, particularly during his guitarless songs.

Tillman’s most energized performance was “Nothing Good Ever Happens at the Goddamn Thirsty Crow,” wherein he shucked the guitar in favor of dancing around the stage, pausing at crucial lines to perfect his angry delivery.

The show was another notch in the belt of the veritable showman, who chose to bring Sub Pop labelmate King Tuff along on the road.

King Tuff and his band blew through a 10-song opening set, with guitarist Coley Lawrence stealing the show. Lawrence stood out on tracks like “Black Moon Spell” and “Eyes of the Muse,” which were stacked with impressive riffs.

Tuff himself was also quite the entertainer, decked in a striped suit and a cap accessorized with globs of sequins, rhinestones and patches—the closest this particular king would get to a real crown. Tuff alternated between his acoustic and electric guitars, pausing at “Infinite Mile” to introduce a new instrument. Tuff has called the mysterious gadget a “space horn” on his Instagram, though it seems to be a combination of a flute and a synthesizer, adding a zippy, bright tone to Tuff’s trippier songs.